There were ten Jerry songs that fit that slot for the slow song right after the chaos and confusion of the Jam. Jerry made us feel calm and already until Bobby would pull a Chuck Berry or a rocker to close things down at the end.  This went on about 90% of the time during the last 1,590 shows the Grateful Dead played during the last 24 years of the group.

Until the late 1980's, there were three major selections, Wharf Rat, Stella Blue and Black Peter that occured in about 61% of the shows during this slot.  If you were lucky, you might get a Comes A Time, a China Doll or a Morning Dew which occured about another 20% of the time.  Towards the end, Bob Hunter got his pen and worked with Jerry to add a couple of other classics Standing On the Moon and Day's Between. 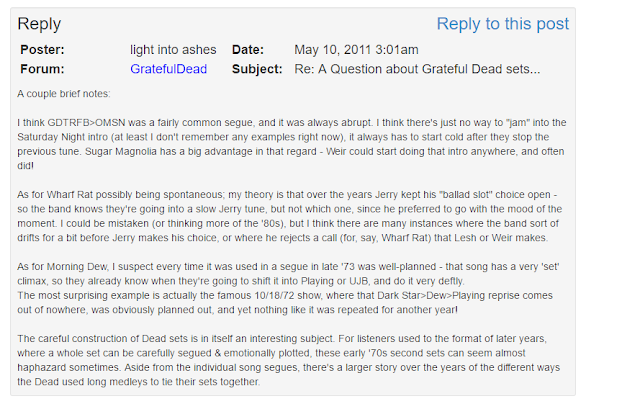 It sure felt to me, that with the exception of some special situations, in was a Jerry decision in the moment.

So did Thoughts on the Dead in 2012
http://thoughtsonthedead.com/tag/brent/page/2/ 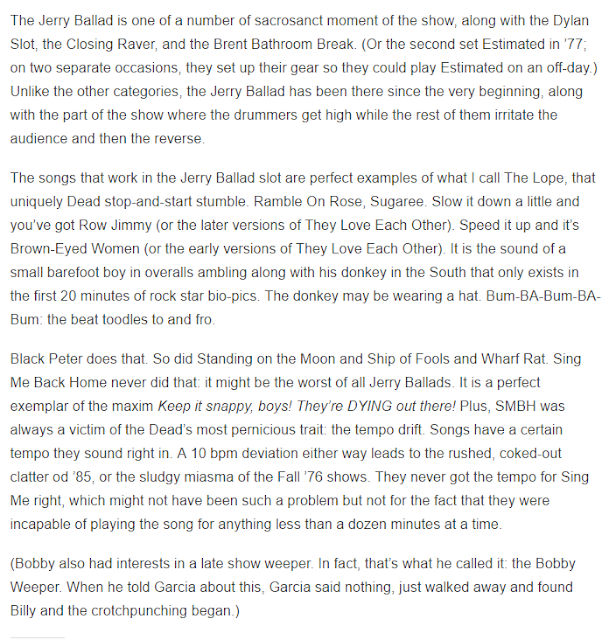 When compared with the changes occured at the top of the Jam in my first piece on Second Set Structure,  the Jerry slow down slot was relatively consistent and almost a sure thing (note in 1973 and 1974, you would often get two of these as Eyes>China Doll might occur in addition to a Stella or Wharf Rat. 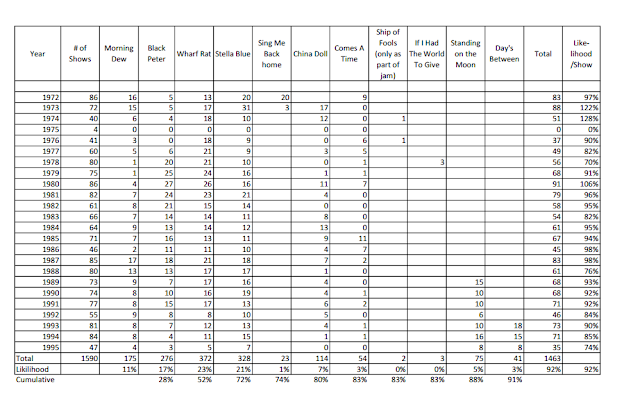 I still will analyze the Jam from 1983 to the end in 1995 as I sense that the band, as it added a large number of songs, played a more varied second set jam. 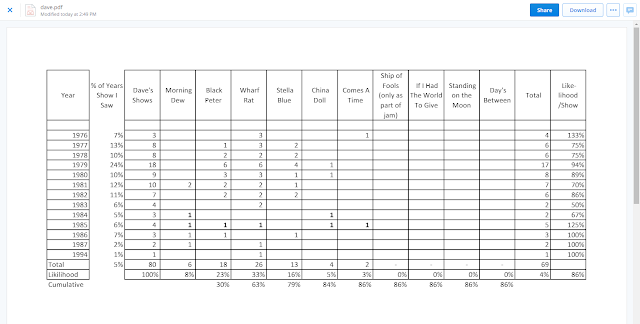 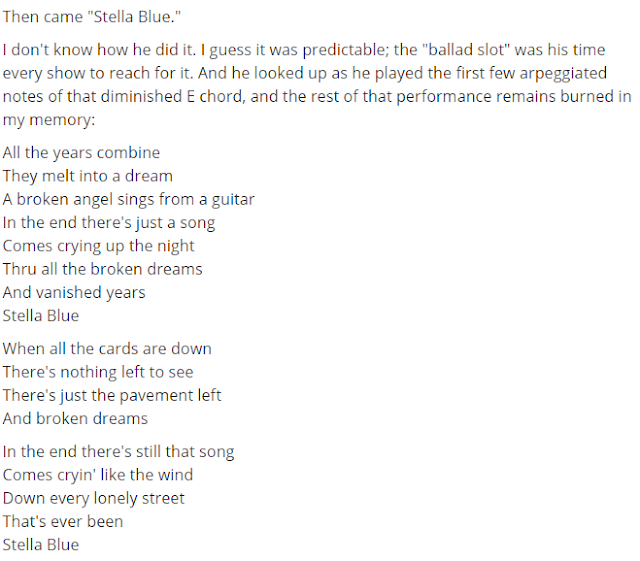 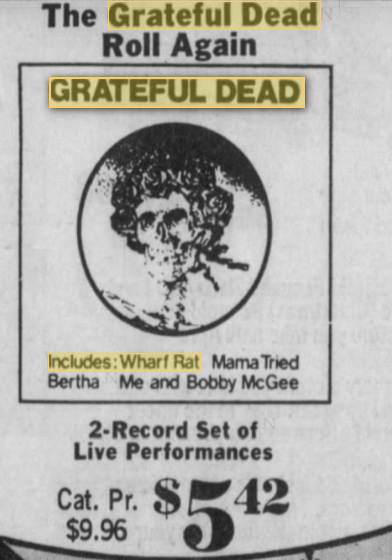