The Tunes from the Show

10/1 also had an excellent Scarlet and Promise Land to end the first set as well as truly long slipknot in the middle of Help on the Way and Franklin's Tower in set two.

I love all rare split Dead tunes and tonight we get Dancin in the Street>short drums The Wheel)> rare Ship of Fools late set slowdown>Dancin in the Street> Goin Down the Road>Saturday Night.  This was the very first Dancin' split of four, all which occur during the next two weeks. 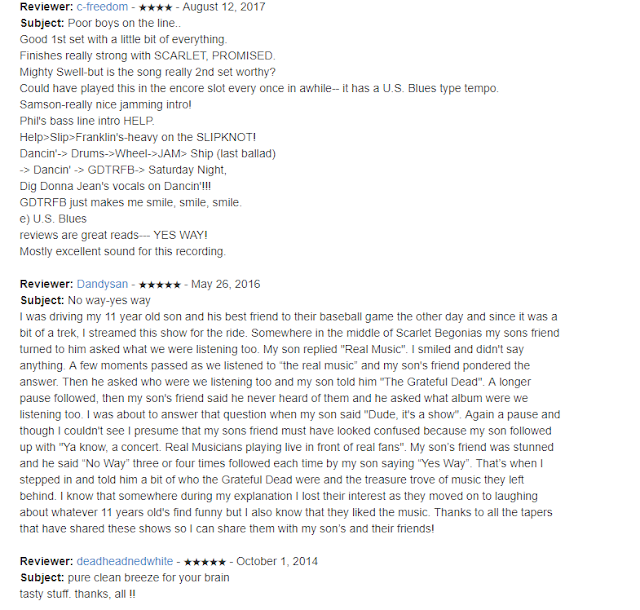 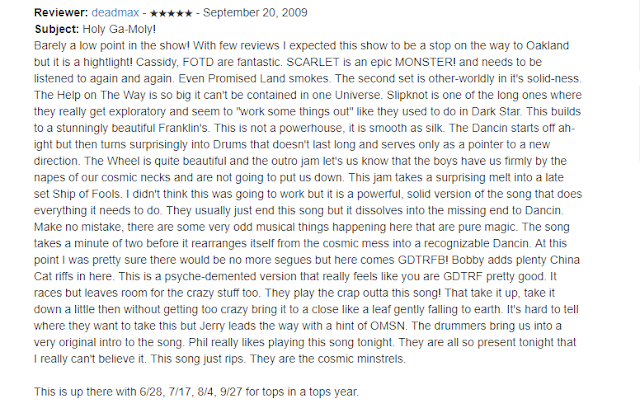 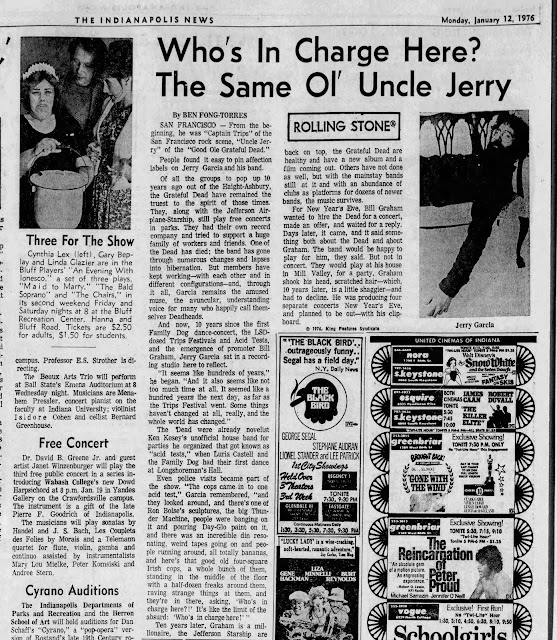 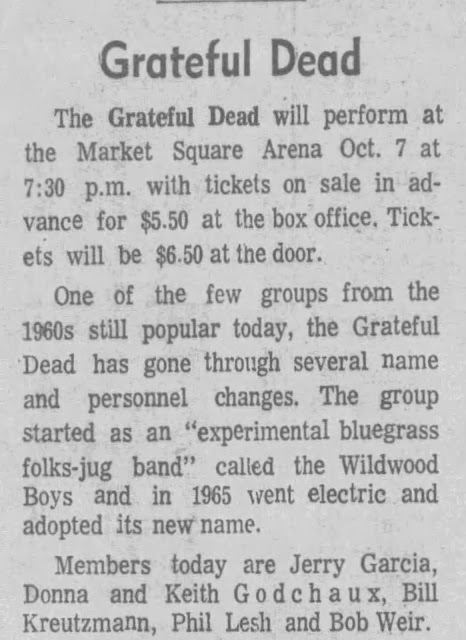 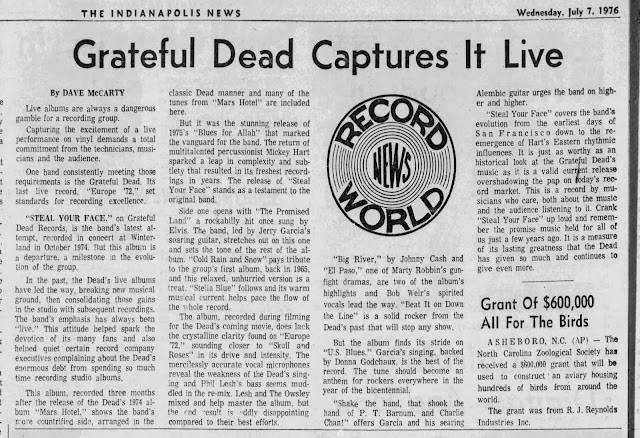 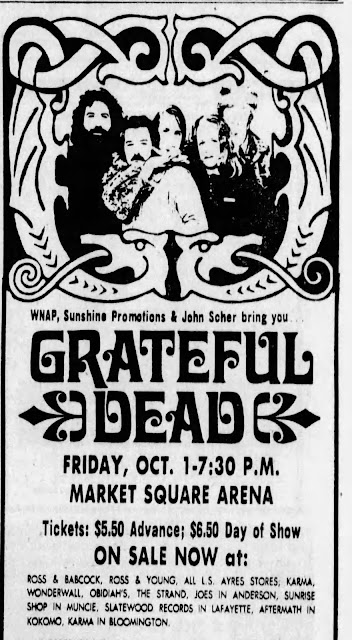