1983 but you get the drift.... So I know Sam Cutler came in and modified it so the Dead wouldn't play those insane 1970 schedules, but first he was just a crazy man (love you Sam!)

September 24, 1983 Watsonville  he probably drove down in his Mercedes, shiny and new.

Check out this schedule:

Bobby and the Midnights

Bobby and the Midnights

Just so you know about Jerry during this period, seems like the dude was chilling as he only played


Jerry Garcia Band was from Chicago to Union, NJ between November 23 to December 13
Then NYE Dead and on and on and on... 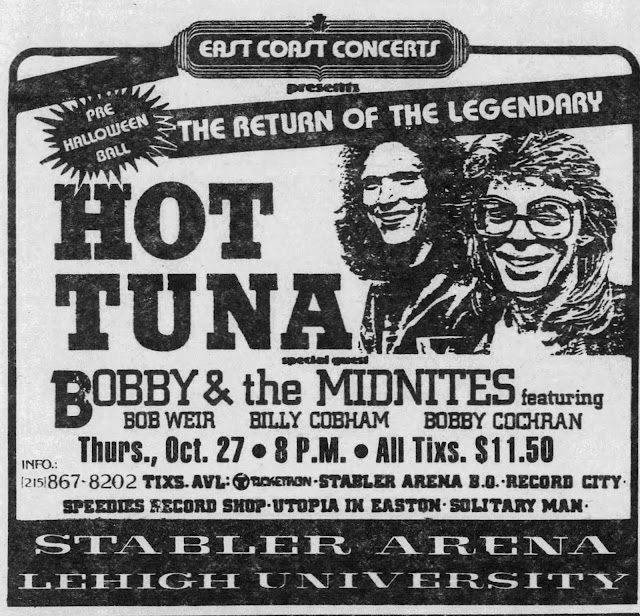 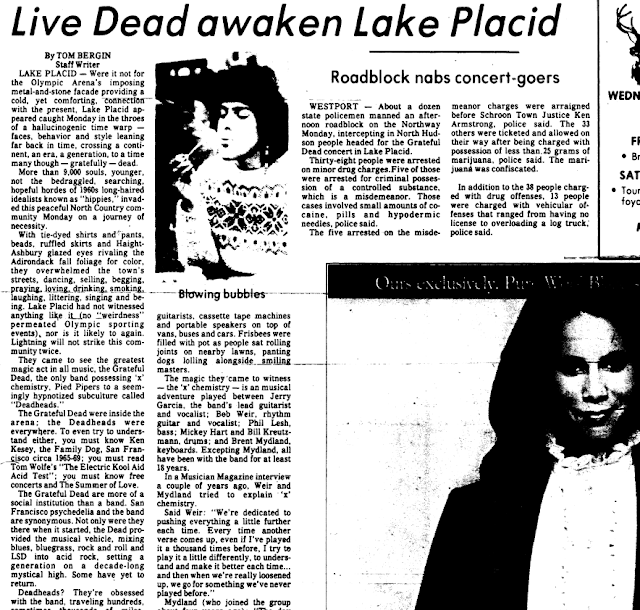 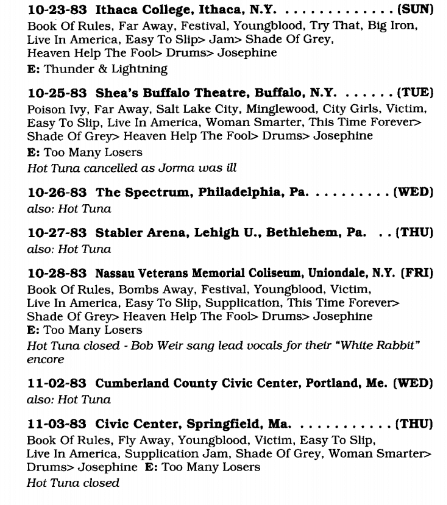 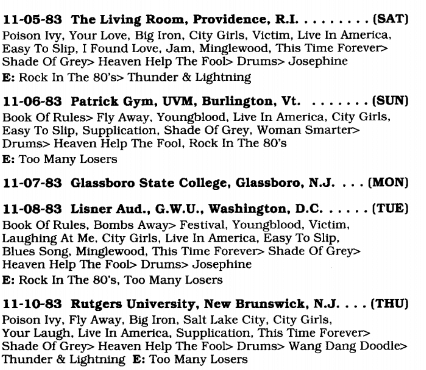 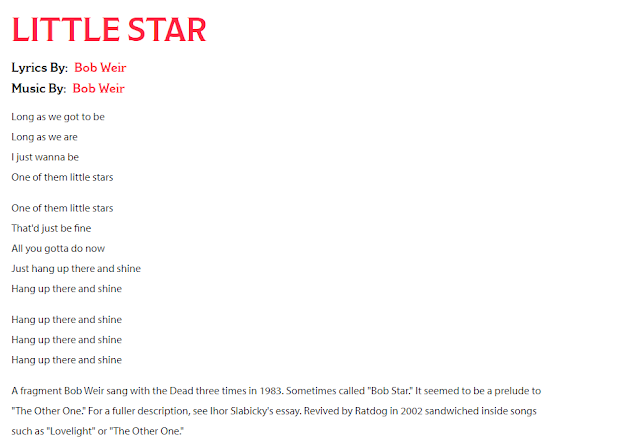