35 years ago tonight on December 31, 1980 was my first of six consecutive New Year's Eve Grateful Dead Concert. Also my:

I edit this on August 26, 1980 to add a whole new collection from the SF Examiner. 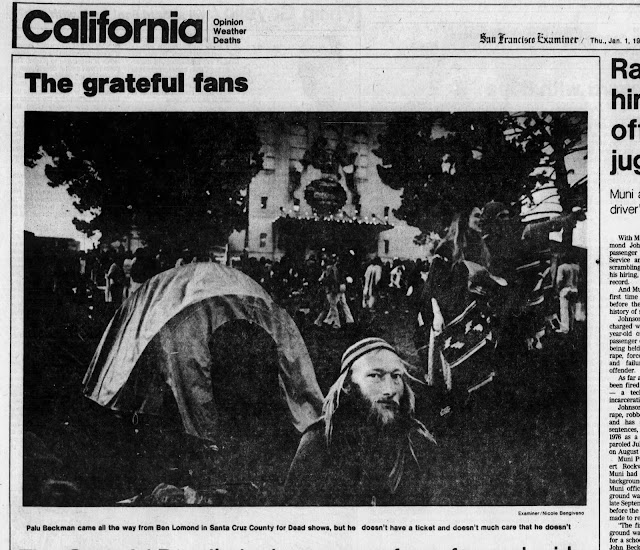 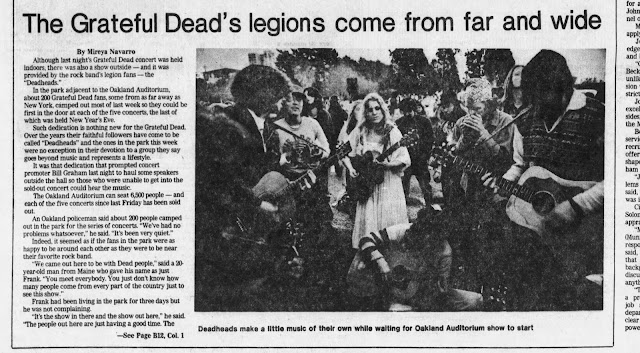 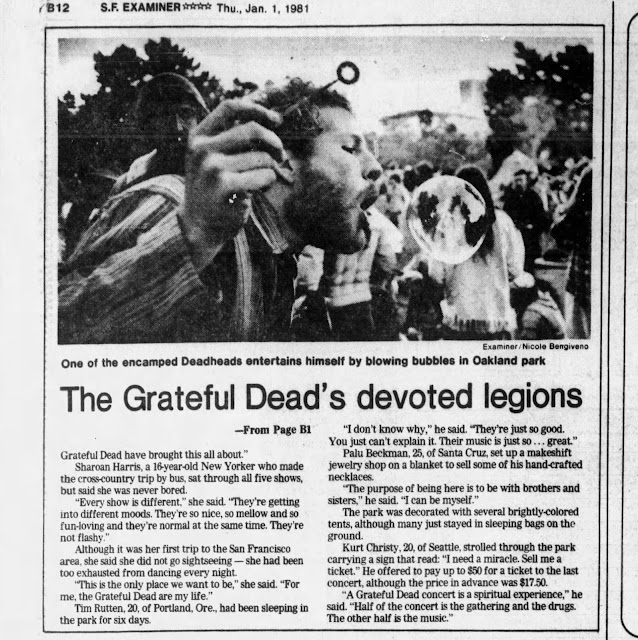 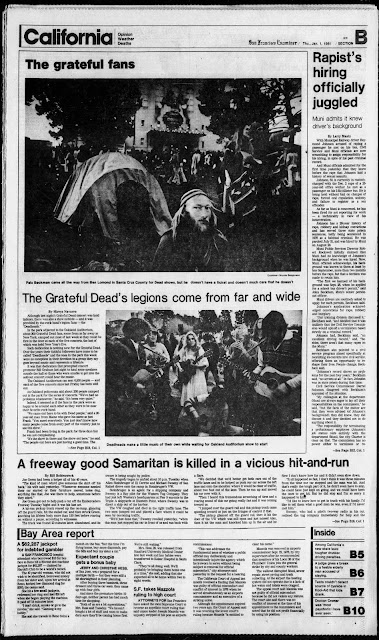 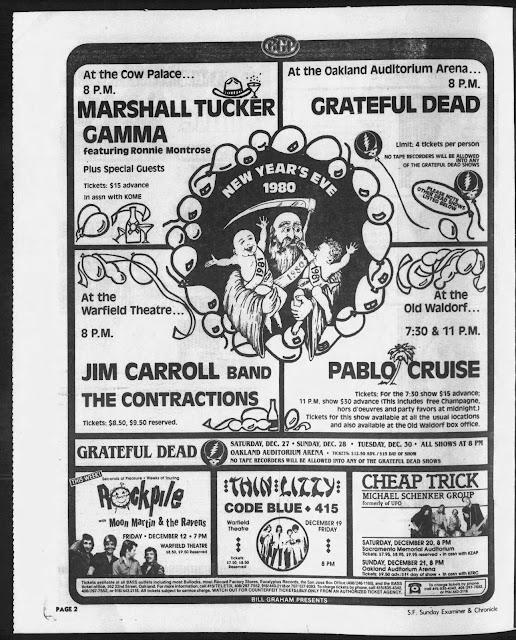 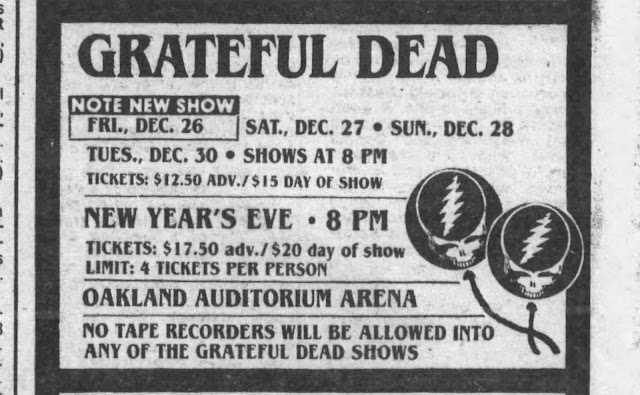 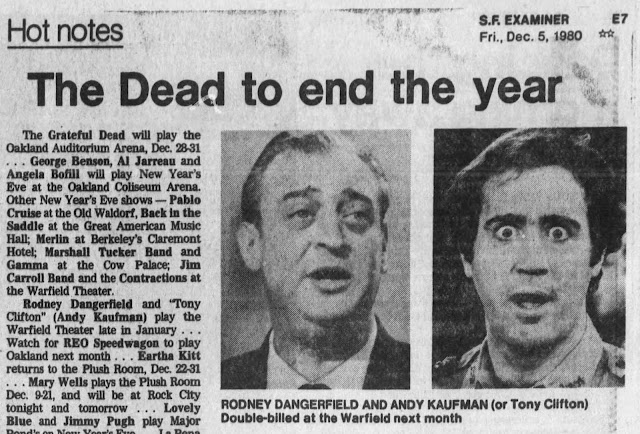 Of course, there is a music vault virtually complete youtube video (mising a few tunes)

And there is also an amazing fan shot video that truly gives the feel of being at and outside the show
Wow. This was a fun night. This exists a Dinosaur opening set, which was the only other time I saw Nicky Hopkins after 1975. This was not the best of my six New Year's, that would occur the next year in 1981, but it was great. I went with my brother Ralph.  Still, it's so incredible that we can watch this show or listen in so many ways. The Bird Song>Ripple is from this show 12-31-80. 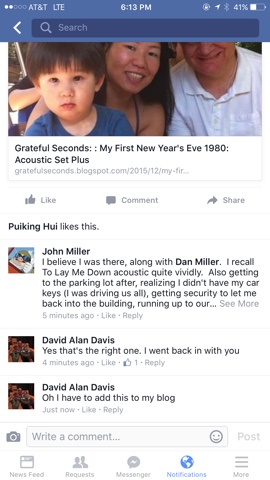