My last Grateful Dead song as a teenager was Casey Jones in New Haven around midnight on January 17, 1979.
And on my 20th birthday, I watched Keith and Donna play for the 23rd and last times as members of the Grateful Dead at the always fun Providence Civic Center.  It started awesome, got a bit rocky towards the end, but I will always love Keith and Donna.

This was a typical late-1978, early 1979, without those beautiful early Shakedown Streets, but this did include my first He's Gone>Truckin'>The Other One, and my only sans drums version as it continued into Wharf Rat and Around & Around to close the set.  Charlie Miller posted a version with a seemless second set, as he is app to do on shows with a certain regard. Grab it here or FLAC

This old-school 51 minutes plus medley is right out of the golden single drummer era 1972-1974
He's Gone>Truckin>The Other One>Wharf Rat>Around & Around, the only such, no break for drums or space, version I would ever see in my nearly one-million second career with the Grateful Dead.  If you press play, above or below, you will get these 3,000 seconds on the entry to my 20's.

This Truckin' features a nice vocal add-in by our friend Phil.  There has always been a great photo of this show, which I feature here now.  This was found here, and is a Jim Anderson (buy his work!) 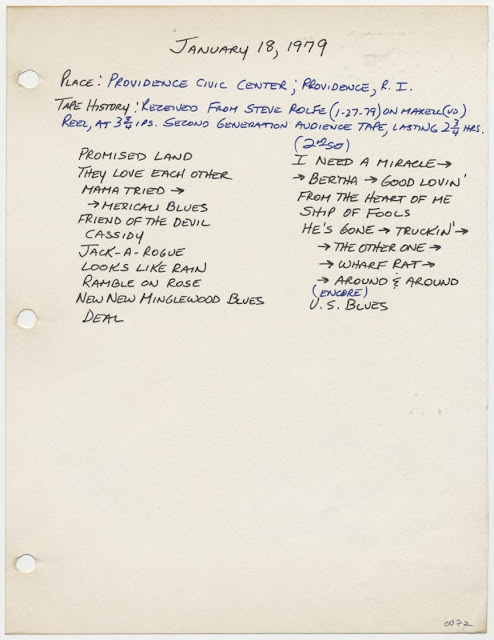 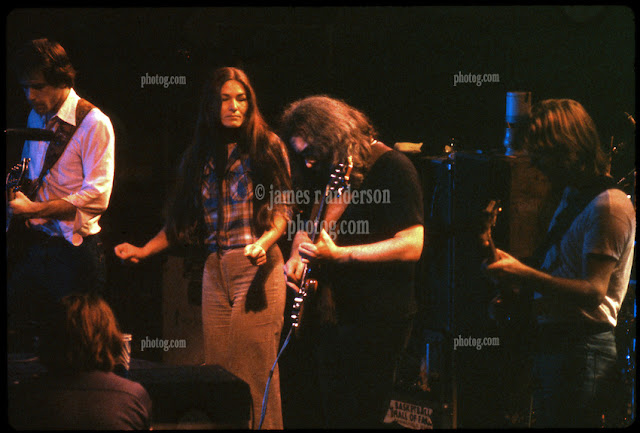 The next time I would get a classic He's Gone>Truckin>The Other One, drums would preceed TOO, but the Dew would follow on September 11, 1981 at the Greek.


Nothing is gonna bring him back. Love you still Jerry.

Email ThisBlogThis!Share to TwitterShare to FacebookShare to Pinterest
Labels: 1979, 1979-01-18

I was there. Bought a Winterland 12/31/78 poster that still hangs in my office, with the blue rose, "Blues Brothers, NRPS, Breakfast served at dawn". The "Deal" particularly sticks in my mind.