I have only been familiar with this show since October, 2009, but to me, this is The Perfect Show.
Well, all of 1972 is off the charts, but this little show at Phil's high school in the Berkeley Community Theater is simple Perfect.  It's interesting that the next time on August 25 might have been the Just Exactly Perfect Show, however it's missing much of what I expect is the best part of the show. And of course the trip up to Oregon followed. :)

For some reason, when I listen to this night, it just feels right, it feels perfect to me. It's the playing, it's the singing. it's the rare Dark Star>Morning Dew (more on that soon!). It's everything. It's perfect.


Perspectives: Full Circle with the Dead

Extended stand in Berkeley should be a model for tours

The show is here 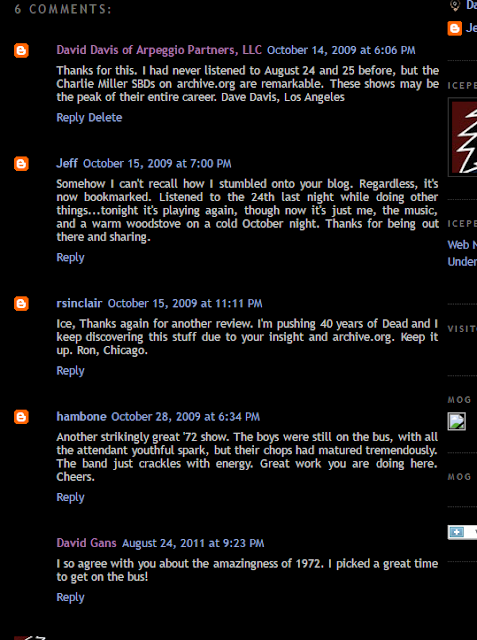 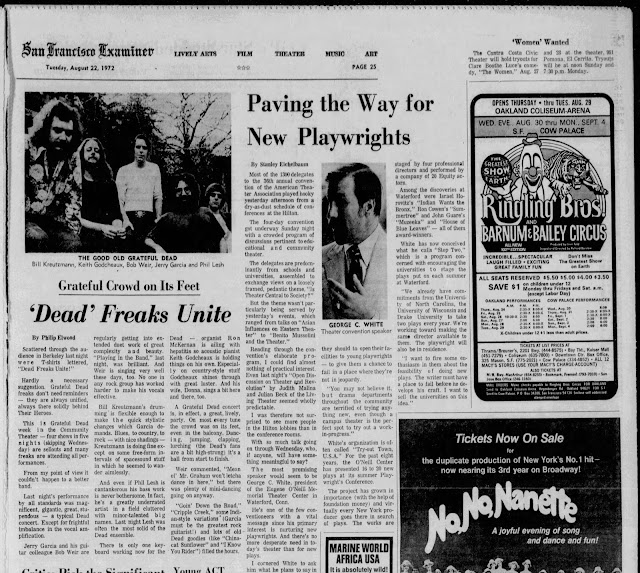 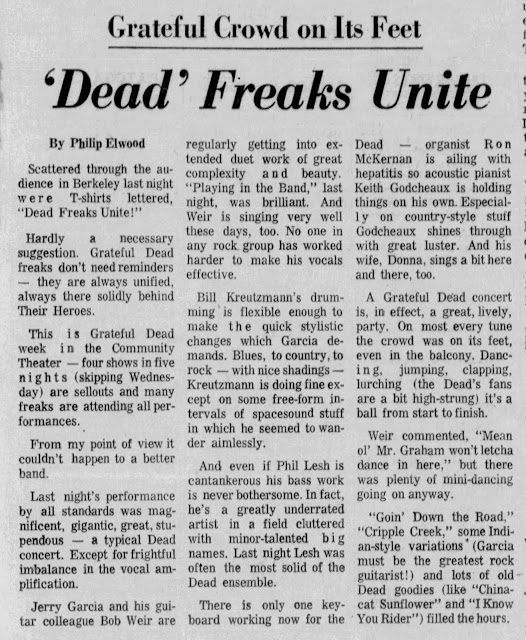 You can see that many people above and below agree with me.