There is a lot to be said about the 49-song (including NRPS) last show of the February-April first tour with the Wake of the Flood tunes during the magical year of 1973, but a bitter of bittersweat as well with the death of Ron and the arrest days before this of Jerry.

Since it's Boston and their adopted sons the Dead, we get lots and lots of media coverage.

Ramble On Rose
Me and My Uncle
Mississippi Half-Step
Around and Around
Loose Lucy
Greatest Story Ever Told
Here Comes Sunshine
Me and Bobby McGee
WRS Prelude
Eyes of the World
China Doll
Sugar Magnolia
Casey Jones
Johnny B. Goode

We Bid You Goodnight

The late Winter-early Spring shows in 1973 starting in college town Palo Alto and ending in college town Boston was some of the finest music the Grateful Dead ever performed. They took the Dark Stars and The Other Ones and the Truckins from the sparking 1972 shows and added all the new Wake of the Flood tunes (although the LP wouldn't be released until October). There was always something to be said in the 1970's for the band to start performing new tunes out of the blue, and get the kinks out before they recorded the songs.  This was the way I first hear songs like "California" and Terrapin in 1977 and Shakedown Street in 1979.

There are so many killer shows in this two month block, I won't even attempt to give sny rankings today, but Boston was a cool tour ended where the band kept playing on.  A million first set and early second set tunes (16 in set one 6 in set two) before Here Comes Sunshine sets the band in unexpected directions.  This second set uncertainty was a Boston Garden traditional in the 1970's with this show, the 6-28-74 Sugar Mag sandwich and the 5-7-77 Garcia 3-barrel of Eyes, The Wheel and Wharf Rat  (following a set opening Boston debut of Terrapin) all really really fun.

The once only Here Comes Sunshine>Bobby McGee followed by the once only Weather Report Prelude>Eyes of the World ,  click link to get, (see http://gratefulseconds.blogspot.com/2015/11/weather-reports-preludes-and-let-it-grow.html)  It is rarely mentioned that between Prelude and Eyes, if you listen very carefully, you will hear the first hint of WRS Part 1, which wouldn't offically be played until the next WRS Prelude at Nassau on September 8, 1973 in the middle of the first set no less!  (9-8-73 has a first set ending in Jack Straw (8th song) , Row Jimmy, first complete Weather Report Suite,  Eyes>China Doll, Greatest, Ramble On and Big River).
In Boston, we get the Boston debut of Eyes>China Doll and rock our way to the finish with Sugar Magnolia, Casey Jones and Johnny B Goode>We Bid You Goodnight.

I've included some late tour hijinks starting with the Springfield show on the other side of the state on March 28, which started the chain reaction that lead to Jerry's arrest for "Dangerous Drugs". Ho hum, these guys get arrested quite a bit iver the years, just like any rocker in the 1960s to 1980s period.  Springfield finishes with a very cool WRS Prelude>Dark Star>Eyes>Playin in the Band. So like I said, you have to check out all of Feb to April 1973.

Have fun with all the articles etc on this one.  Next, I think, I will tackle Englishtown before it hits 40, with perhaps one more economic analysis in between. 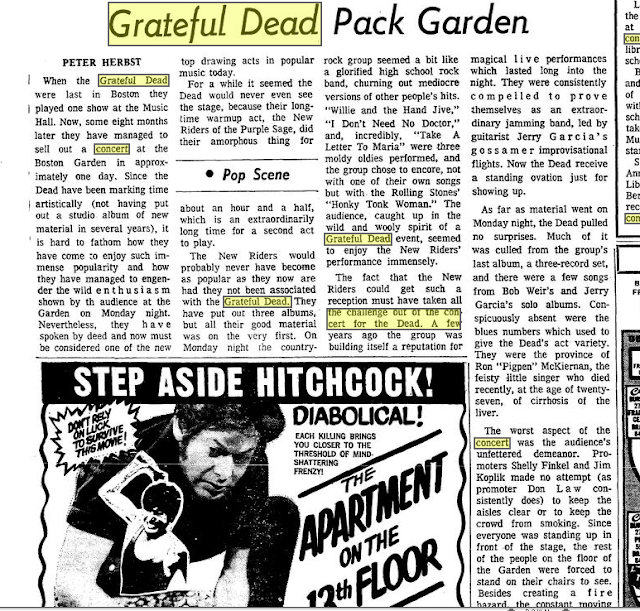 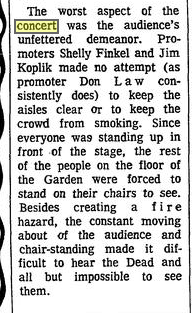 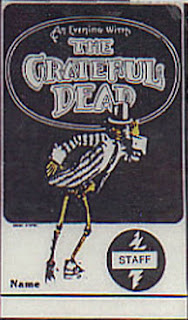 When I opend my #5408 Dave's Pick, in the inner cover it includes the following review by Ken Davis (no relationship) from the MIT Tech.  First appeared here http://deadsources.blogspot.com/2013/01/april-2-1973-boston-garden.html with some interesting additional information about tKeith and the NRPS from Light into Ashes comment. 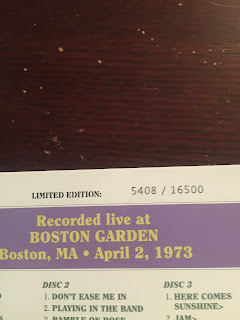 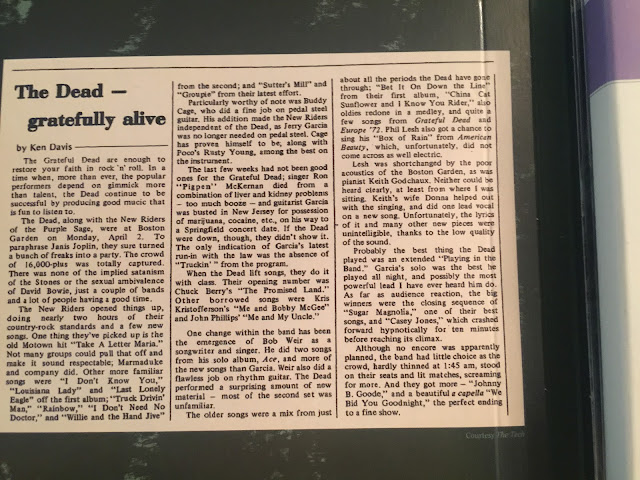 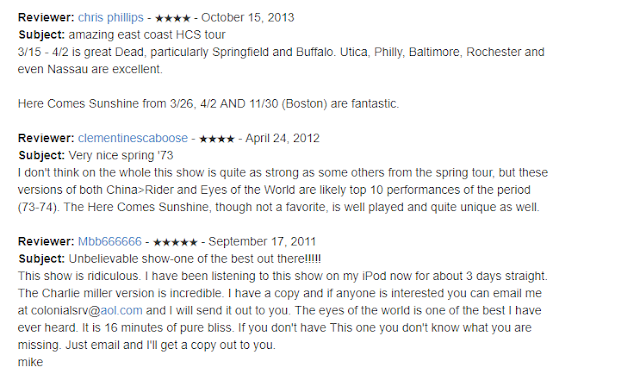 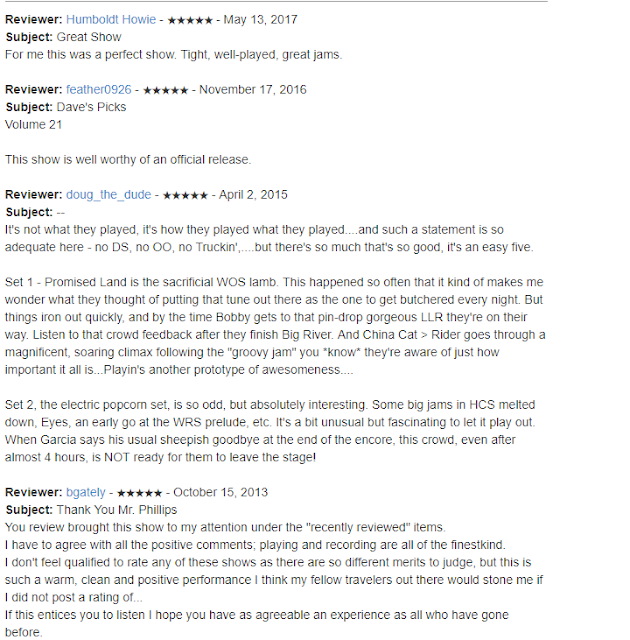 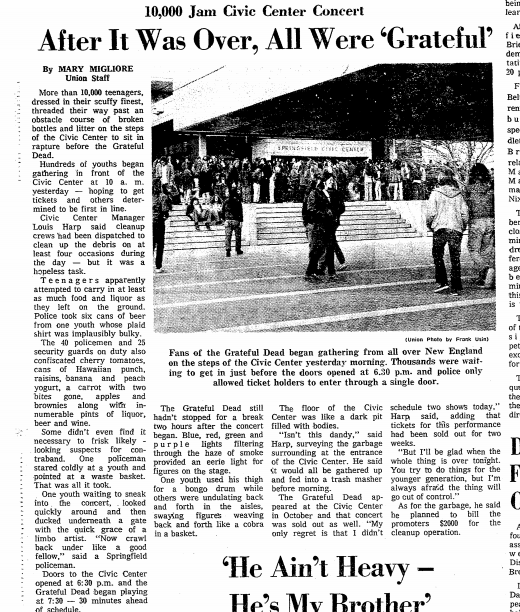 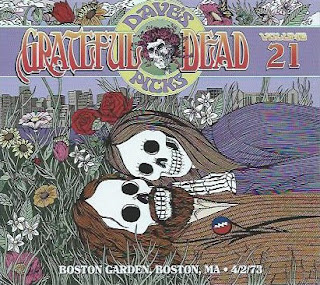 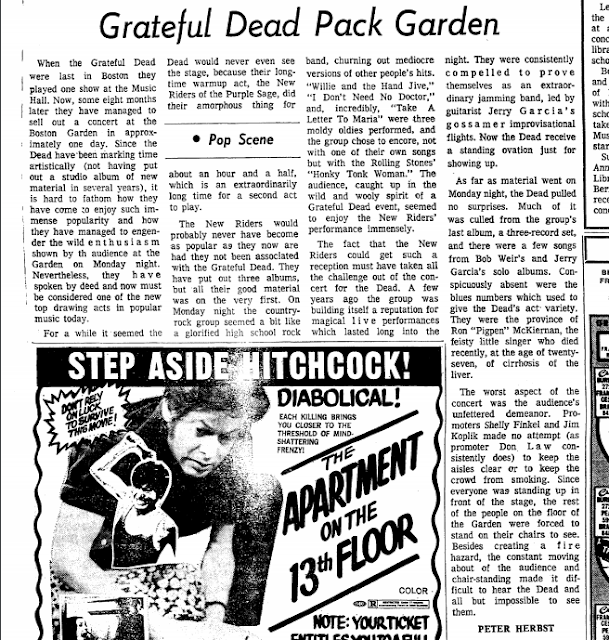 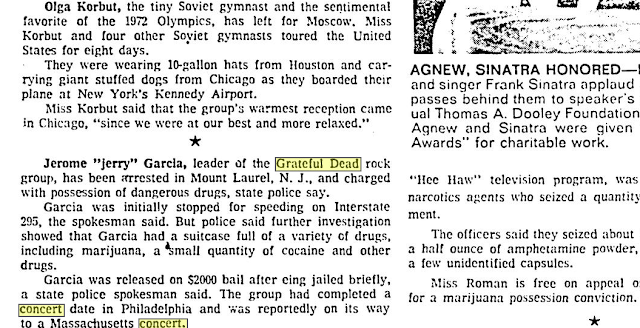 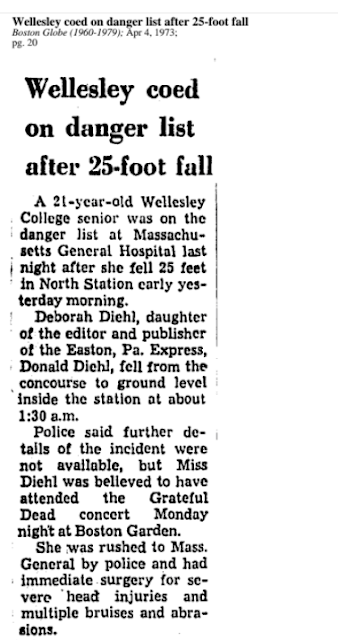 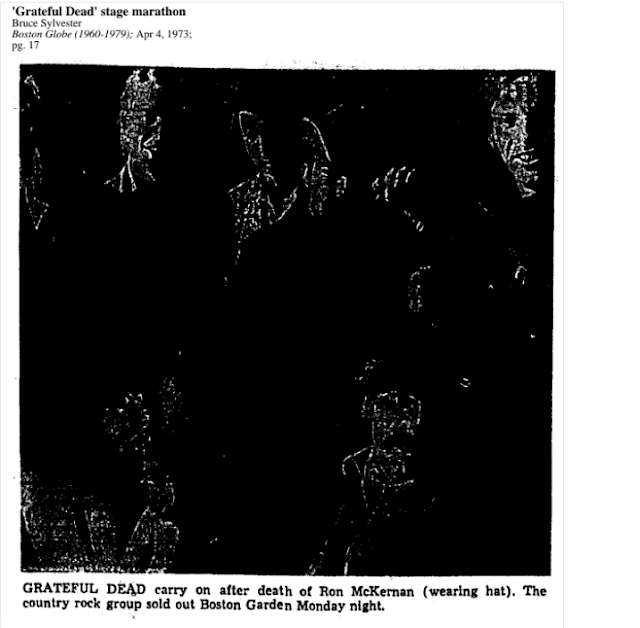 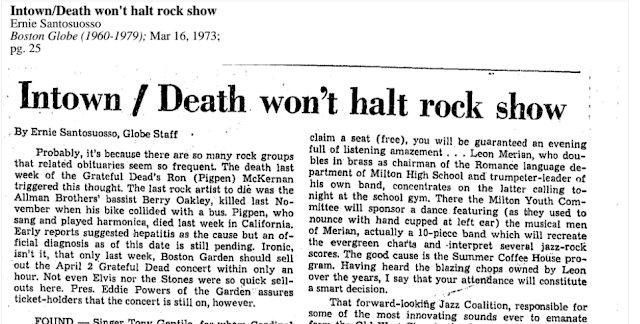 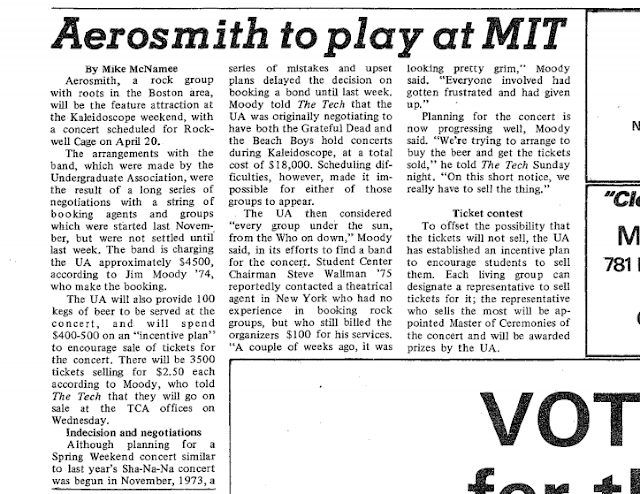