When I rediscovered the Grateful Dead after Jerry's death in 1995, I was mostly unaware of the bands setlists and performances from 1988 to the end of the group.   This show at Giant's Stadium quickly

became one of my favorite post-1970s shows.

I have written before about how I feel September 1991 was the last great month in Grateful Dead history, but June 1991 is up there too.  June 14 RFK is View from the Vault II; June 20 plus 5 songs from June 19 Pine Knob was a download release.  Bonner Springs, especially night one is just killer as is Denver at the end. But 6-17 Giants is likely best of breed.

The Bruce Hornsby influence on the band "Come On Jerry, let's open tonight with Wharf Rat" is shown with the Prankster-like foloing around with Dark Star  throughout the show.  Oh, I forgot, they open with the first first-set Eyes of the World in 16 years.  Lucky we have both tunes and video for this show.

The definitive review of this show was written by Corey Sanderson in Volume 3 of the Taping Compendium. I reprint that review here.  As well as some 1991 NJ newspaper mentions, and Dupree's Diamond News and Unbroken Chain thoughts as well.

I tell Bruce Hornsby how cool this show is below 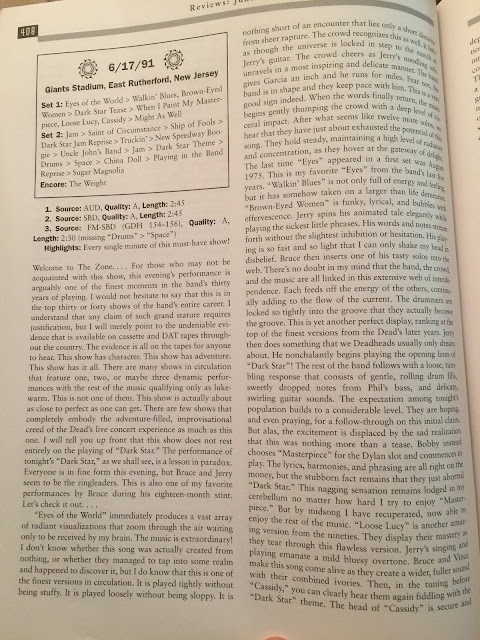 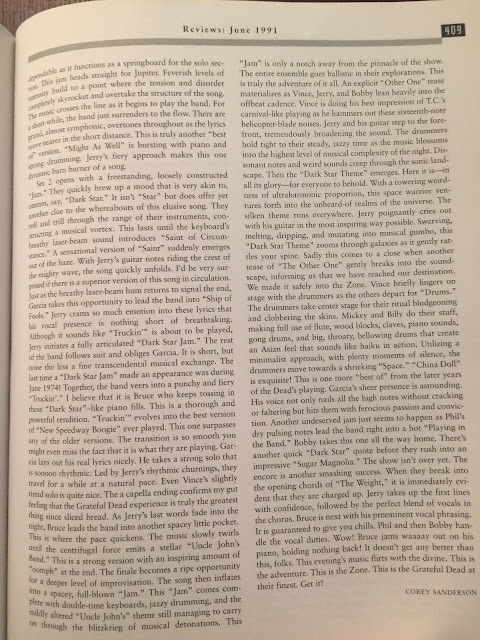 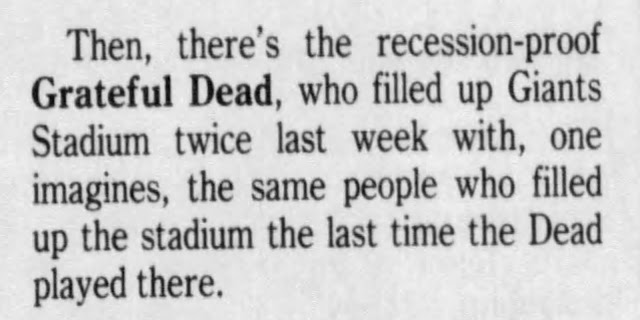 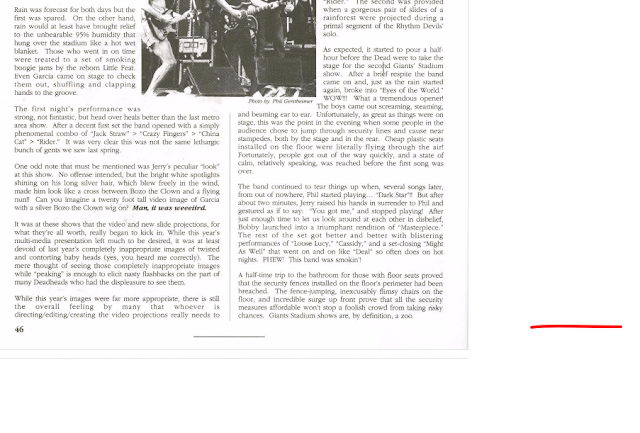 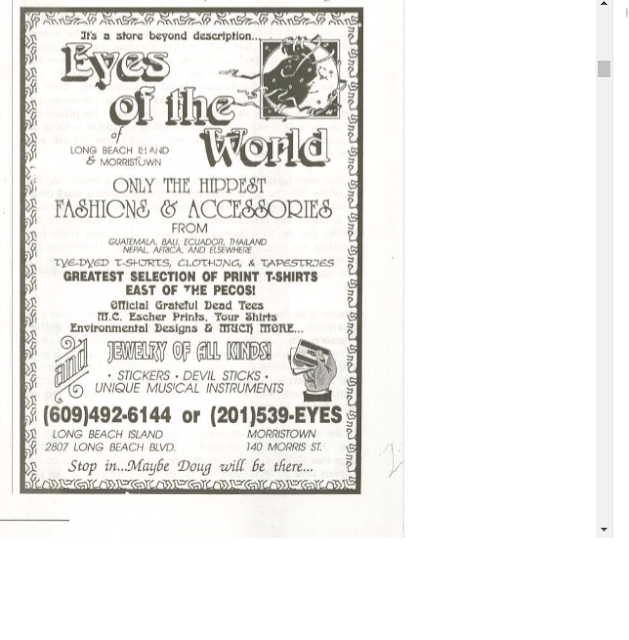 Email ThisBlogThis!Share to TwitterShare to FacebookShare to Pinterest
Labels: 1991, 1991-06-17

i was there! My favorite post-Brent show by a mile.