So the boys went back to Veneta on August 28, 1982 which was exactly ten years (and one day) after the Field Trip.  Summer 1982 was filled with outdoor Dead shows starting with the second season of the Greek at Berkeley (where I saw all three), Ventura Fairgrounds in July followed by Compton in Tempe, Red Rocks, Manor Downs, the Zoo, Alpine (as well as few indoors in the Mid West section finishing with a little rehersal of some new tunes on Front Street, six days before Oregon.

In the Taping Compendium, John Dwork gives an excellent analysis of this show, and how it fits with the seminal 1972 performance which he calls the most important in Grateful Dead history.

For the 1982 show, he uses words like disappointing and mediocre for the first set until the end.

"Then something positively remarkable happened. Jerry lauched into "China Cat Sunflower." Now those of you intimately familiar with the '72 Field Trip tapes know that the magic of that show began to unfold during "China Cat".  Incredibly, as Bobby started to okay, we all clearly noticed that he had a very unusual reverb effect in his guitar--the same exact effect that can be heard on the '72 Field Trip tapes, which was the only other time we're heard this effect. (Compare the tapes: it's uncanny.)"

Set two contains the first Day Job and West LA Fadeaway performances as well as a nice larger Playin' in the Band sandwich containing Drums, The Wheel, The Other One, Truckin' and Black Peter.  Happy 35th Anniversary this month. 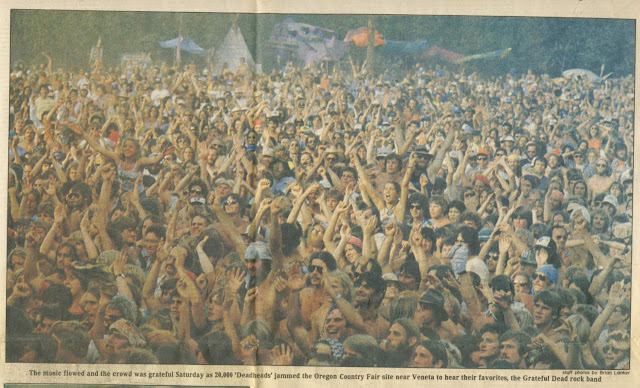 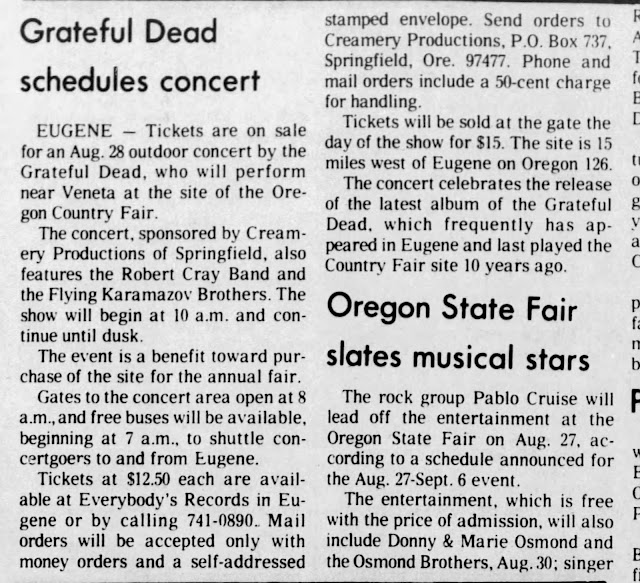 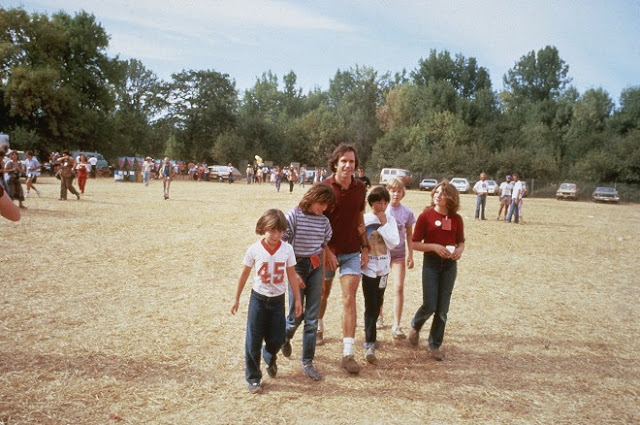 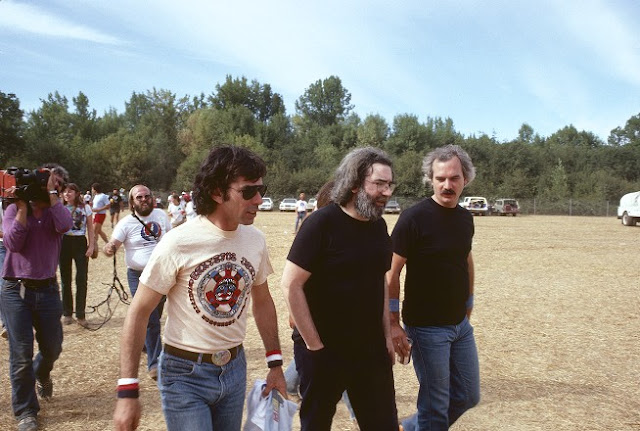 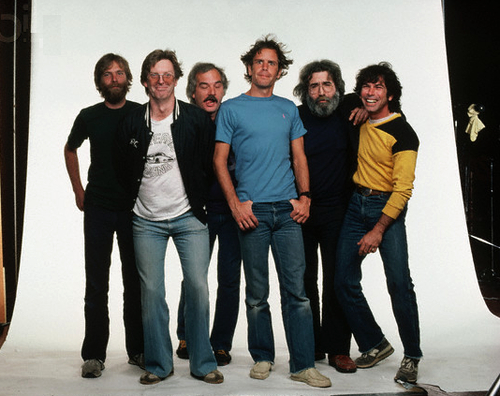 Email ThisBlogThis!Share to TwitterShare to FacebookShare to Pinterest
Labels: 1982, 1982-08-28