I know the best way to listen to 30 Trips now.  Listen to the CDs loud on your home audio system in the midle of your sofa about 20 feet away. Sure, its so convenient to rip flacs and listen anywhere on your iphone, but trust me on this one. 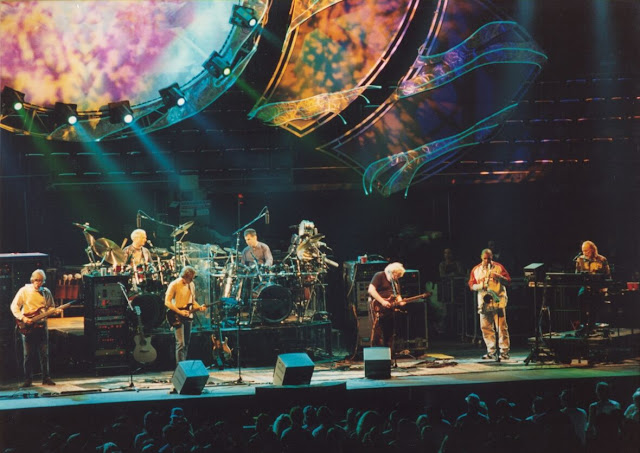 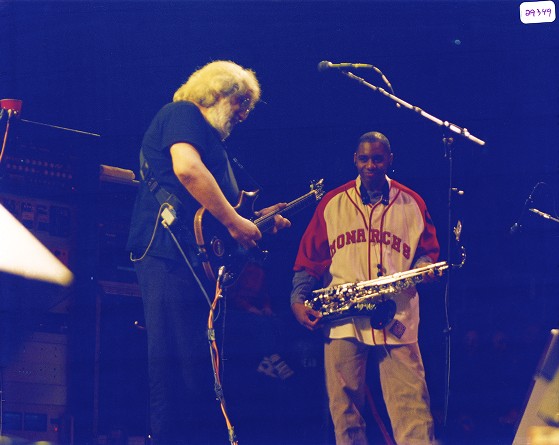 So I am randomly listening to selections from the CDS and put in 9-10-1991 MSG with Branford.  Now I know the digital board of this has been godhead for like years  archive dsbd here, but this new offical selection is pretty godhead too.  And it reminded me that after View from the Vault 4 in Oakland in July 1987, every single time I saw the Dead after 1987 that Branford sat in.

The bad news is that I stopped going to shows in 1987 (I was a critic deadhead that thought Jerry was really going downhill since 1975), but my buddy Kirk Lilley who you can view in May 1987 at the top of this page on the left came down from Seattle and took me to the December 16, 1994 show at the Sports Arena. It was my only show after 1987, my only LA show, my only 1990s Dead show, and my only Branford. Too bad, this show was probably the lesser Branford show in this list. Branford Speaks 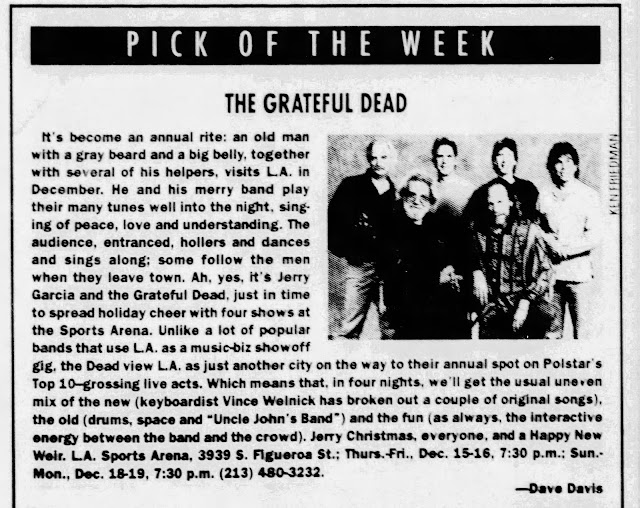 Of course, the Grateful Seconds occur mainly at the earlier shows, pick-em, but do pick up the 9-10-91.

At mine, there are lesser seconds, but they were my less nights with Jerry. Yesterday was the 40th anniversary of my first show with JGB 10-24-75, and I miss the guy. And the other folks who went on the ride with me.

The archive flac of 1991:
Charlie Miller is God

The board of set two:
https://www.dropbox.com/sh/9zuj4cto1eepy9l/AAAkwNqktxk_k2Mw3rhRZFKJa?dl=0