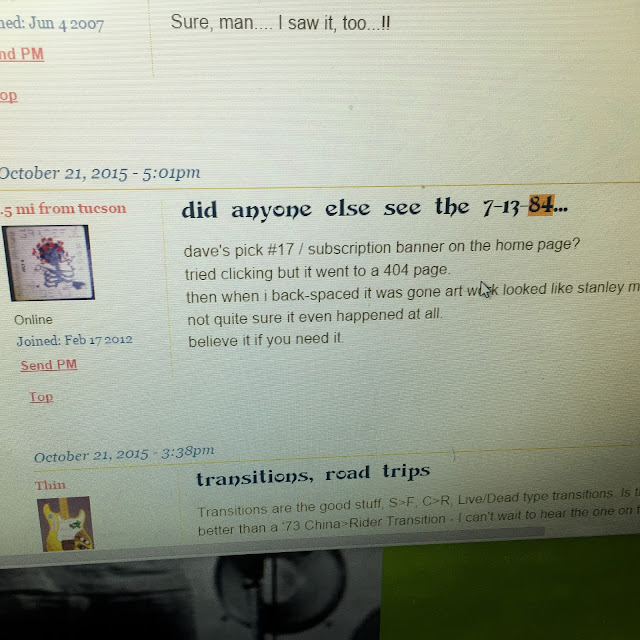 The more than rumor is that Dave's Picks 17 in January will be a 1984 Berkeley Greek Theater Show.
It was nice to see 1968 Greek in the 30 trips set, but the 27 shows between 1981-1989, plus the 29 other Berkeley shows (mainly at Berkeley High School) offer a great opportunity to celebrate the East Bay Dead Experience.  Even if the rumor is not true (supposedly there was a banner on dead.net for a moment that said it was), this is a treasure trove for future Greek run set(s).

If so, I take some credit.

Dave
Thanks for your great releases. I suggested a few weeks ago on The Golden Road that you might want to consider a Berkeley show for an official release sometime.  Just thought since no GD Berkeley show has ever been released.  The BCT and Greek experience was seminal in my career from 1975-1994  Dave Davis
http://gratefuldeadprojects.com/1979_1986.html
Sent from my iPhone

to me
Thanks for the note and suggestion. I don;t hear the Golden Road, so didn't know about your request.

I also suggested to David Gans Gary Lambert and to Bruce Hornsby on January 25 on Tales that the Dead release a Berkeley show
I start at 14:59 of this:  https://www.dropbox.com/s/uiopskxsdbzo2cc/Tales%2015.01.25.mp3?dl=0


Here are some fun recording of the 1981 shows.
https://www.dropbox.com/sh/tb65s8sxbbck1z0/AABao1QpfP39S9PonBGCUXZCa?dl=0 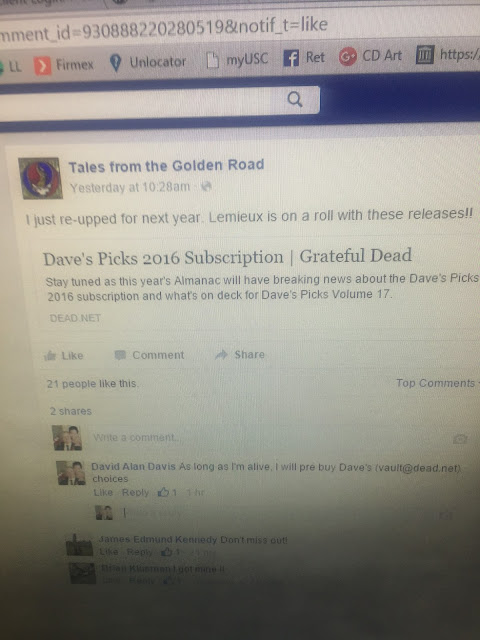