So it's New Years Eve at my 52nd show. First third set. They play Dark Star. My head explodes.  I am thinking what are they going into? It's uncharted waters, and I'm thinking 1978, St Stephen, but they turn 15 minutes later in Bertha, an "inspired choice" according to Light Into Ashes from my prior post.

I am certain this interesting list will need to be modified, but this topic has been twirling around all head. A few years back, I was listening to the first Keith Godchaux shows in Fall 1971 (which he really really shined in my opinion right out of the gate). The set lists for these shows suggest that the boys were slowly breaking him in, with sets one and two both consisting of the mainly single songs.
However, starting in the first first shows of the tour in October, there was usually a Dark Star or That's It For The Other One that evolved into a more typically first set song (Me & Bobby McGee, for example).

So I sat down last night and made a list from mi original Deadbase 11 (and the Kindle Deadbase 50 on my phone), of all the Dark Star partners that only occurred one time.  My one Dark Star in 80 attempts is one of these (Dark Star->Bertha) from New Year's 1981.

I loved back in the day listening to tapes for the first time and Dark Star made one of these unexpected pairings   New Speedway, .Half Step, Deal!  A lot of these surprise me, only one goes into Truckin, one in He's Gone.

I welcome corrections. (Thanks spring mountain high and Quincy, twice on archive for three more) Since its Saturday, I'll put the music files here.  Sorry dont have all flacs on these. 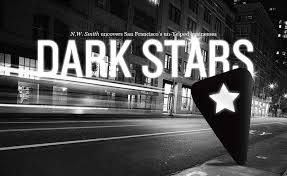 You subliminally placed "77" on the Delhi show ;)

Yup, note that the 5-8-77 is the only song so far from Cornell that is "officially released". I know the band remembered the Delhi NY show was 7 years before, and that's why they ended the first set in Cornell with Dancin'.