Some of my favorite Grateful Dead shows occurred 35 years in 1980.  The year is known for the acoustic sets but my thoughts today go to the shows a little bit earlier that rocked mighty hard.

Thanks for the 10,000 page views. I am enjoying thinking about my dead history and how it fits in with the band's history.

Let's start with the two weeks from August 16, 1980 through September 2 (highlighted in Dick's Picks 23). This was Brent's second year with the band, and he certainly had no sophomore jitters. The band was a bit experimental, and played a series of consecutive strong shows.

The band had debuted Lost Sailor>Saint of Circumstance in Summer in the Summer of 1979, and had followed it with Althea, Alabama Getaway, the return of China>Rider, and Feel Like a Stranger.  On the heels of the Shakedown songs, the band had a growing portfolio of songs to play strong to close set one and open set two. 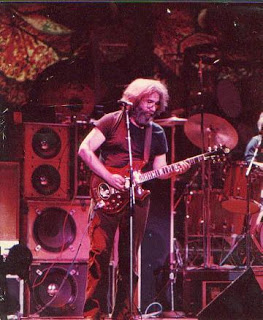 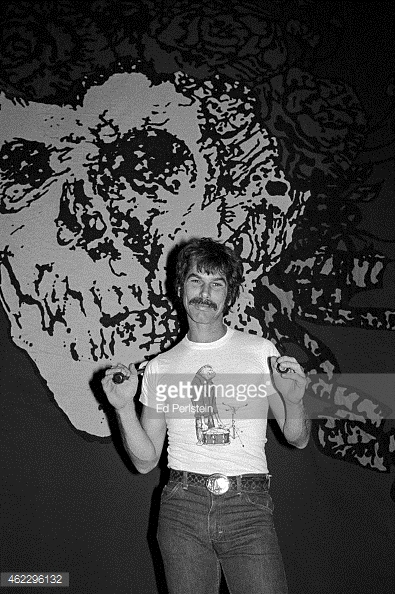 Because I was actually a serious student during my senior year at Bowdoin, I only saw the band one time (in Portland, Maine May 11, 1980) in the nearly ten months November 1979 through August 1980, after 18 shows in 1979.  I will pick up the next September shows, which I attended in part 2.

I loved the sound of the band in September, 1980, especially the Lewiston show (wait for part 3) so over the years, I began to sample the August shows, which are so strong too.  Probably because so many people attended the Lewiston show, it might get higher overall Dead fan scores compared to 4,000 or so that saw the shows played in Chicago at the Uptown. And the Midwest Dead shows were rarely considered in the dialogue of the traders of the day, at least in my east coast/west coast group of friends. This probably explains why only the 8-19-80 show is included among the top-20 1980 shows in Deadbase XI. Probably, also is the lack of soundboard recordings of these shows.

Here are the 13 shows for part one:

I recommend starting with the great Deadlists, moving to 1980, and heading to archive to hear all these shows.  Here are some my seven highlights in the 13 shows.

Sometime was in the water in Chicago as all three second sets were seamless (maybe a box set in the future?):

The sound you hear in the background is the end of the 8-19 show at the Uptown, but get them all.  Some of this tour is right here.  In the next installment, I go back on tour myself with Willis and Kirk.

Email ThisBlogThis!Share to TwitterShare to FacebookShare to Pinterest
Labels: 1980, chicago

I was in attendance at the 8/24 Grand Rapids show (my home town and my 2nd show) and I can tell you, the Jack, Passenger and Let It Grow from 1st set can TAKE YOUR HEAD OFF. There's at least one tremendous aud source (Rob Eaton's) out there which makes a SBD superfluous. Oh My God the band was HOT! Parlor trick of the night was Phil rattling folks' esophagi with sub-sonic frequencies, grinning as people clutched their chests...

This was a very great period of the Dead; I think the Midwest shows historically get less love even as great at the St Louis shows 71-72, the Fall 73 shows and these