So Juliet sent back my Grateful Dead tapes last year.  And today, since its Saturday, I plopped in Bluray #2 of Fare Thee Well Friday Night and started looking at my tapes.  There they were, The Jim Roux annotations.   i say Row Jimmy Roux (Bill's favorite song according to his book Deal).

Jimmy Roux was my best friend starting in 3rd grade in 1967 when I moved to Lewiston, Maine and except for two years from 1975-1977 when I went to Andover, we went to school together until 1981.

Jim was my Grateful Dead show seatmate in every New England state and New Jersey at at least the following 20 shows:

Jim was one of the 2,977 that died on September 11, 2001 when his plane hits the towers (wow, 14 years ago now), but I still feel Jimmy when I go to shows or see Bobby playing Playing In The Band like on on my TV screen right now.

Anyways, when I was looking at my tapes just now, I began to see the Jim Roux comments that he wrote on my tapes back in the late 1970s and early 1980s.  I recall many of these (such as the Estimated Prophet from May 4, 1977 at the Palladium which Chris Spanos loved too) , but today I discover only two which I present here


It looks like Jim really liked the They Love Each Other from Egypt 1978 from his comments below: 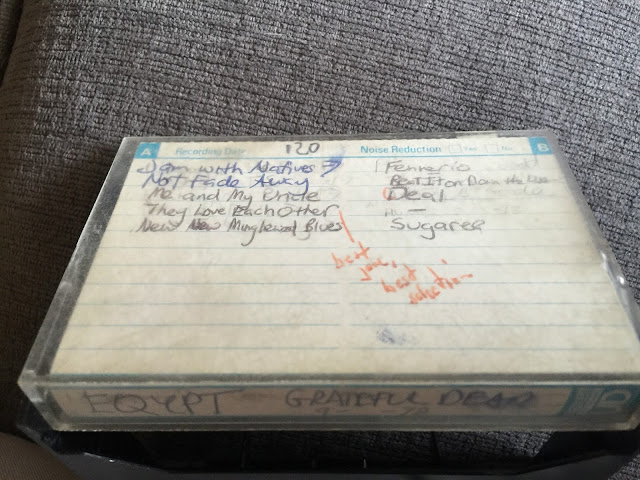 And of course, Jim was a fan of the Slipknot at our April 23, 1977 show in Springfield, MA 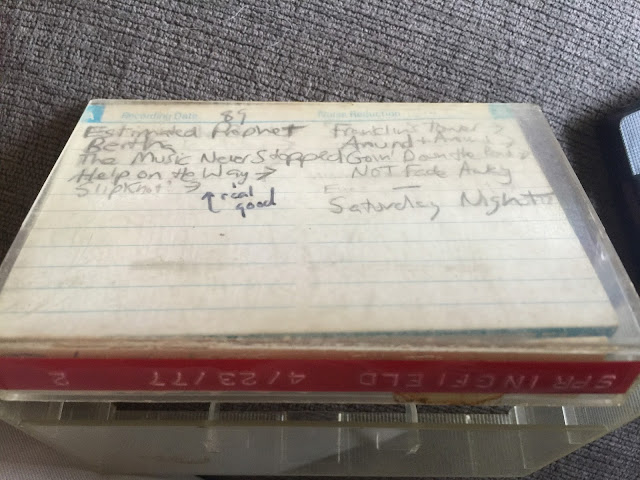 Here's to my buddy Jim Roux, who I will see in another 25 years or so up there and listen to some more shows.

My So Called Blog said...

I never knew those were his comments.

i forgot about them until I just saw them again