So I got a new car. And when I turned on Sirius Grateful Dead three minutes later, there it was. TheGrateful Dead Sirius Channel Invisible Fourth Line. 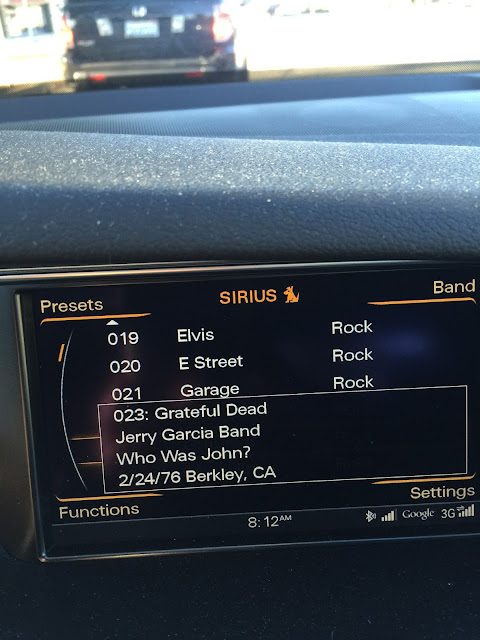 Maybe I am late to the game. I recall David Gans and Gary Lambert talking about this a few years back, but I never heard talk of this. My prior car was a 2014 Prius and it had great sound to Sirius but no fourth line. The fourth line rocks! Thank you so much. Thanks to Gary and David and Mel and Howard and anyone else who noticed this whenever and fixed it. Who was John indeed. from Keystone Berkeley 3-6-76 since I couldn't find this Sirius one in the moments I published this.I have included the March 3, 1976 Who was John because the request for Pride of Cucamonga is just too precious.
at December 26, 2015