Following the Stanford breakout monster on February 9, 1973, the band played 7 shows in the midwest (plus one in Salt Lake City) including a show at the Fieldhouse at the University of Iowa in Iowa City om February 24. According to bigmoe53 "the fieldhouse was packed".  The Dead also played the Fieldhouse prior on March 20, 1971.

Iowa must have loved the Dead since two months later on April 29, the Des Moines Register announced a big new five-hour long day show  two weeks later in May 13 promoted by Bill Graham.

There is an interesting comment in the review of the 1973 show, saying the band was pretty mellow and made no effort to rock out "It never quite happened" though Keith and Donna "gave the most hope of taking the concert from a mellow to a hard driving experience". 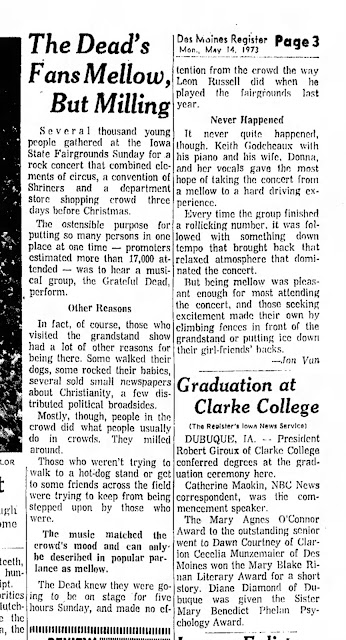 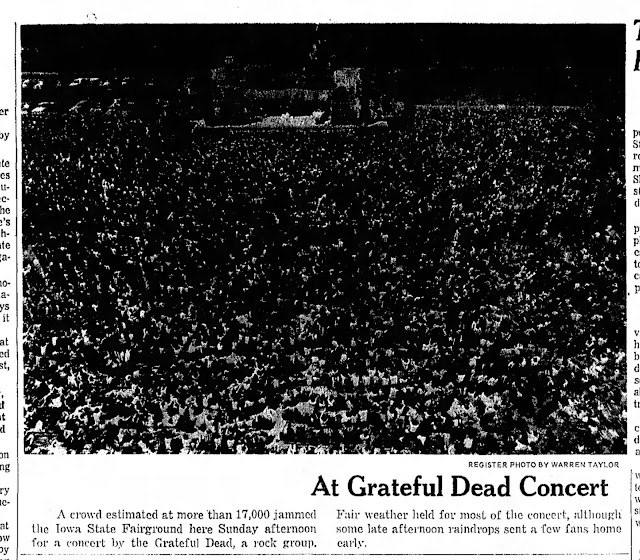 The Grateful Dead did come back to the midwest in October and November of 1973, but no Iowa date. It happened again the next year.

They raised the prices to $6 in advance and $6.50 at the door. Interesting that just days before the event, it is described as sort of tentative.  Des Moines was having a few problems at shows like ZZ Top and a Grand Funk show they were worried about. 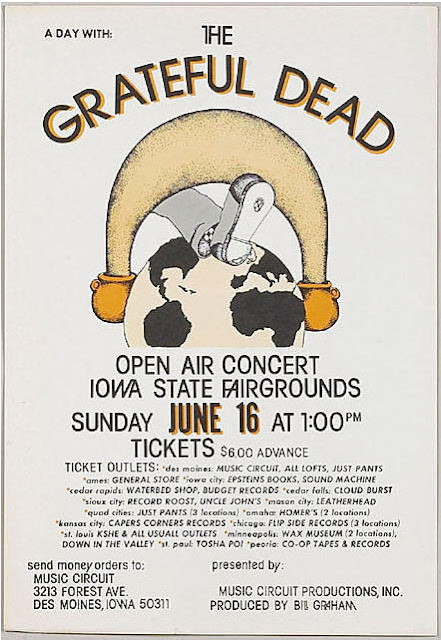 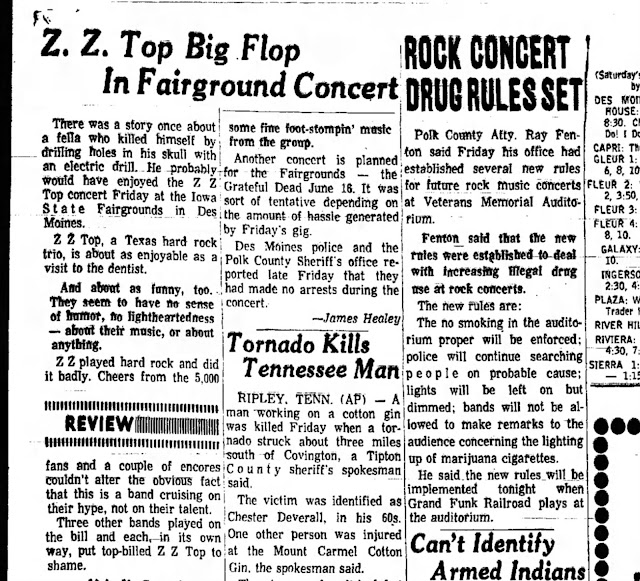 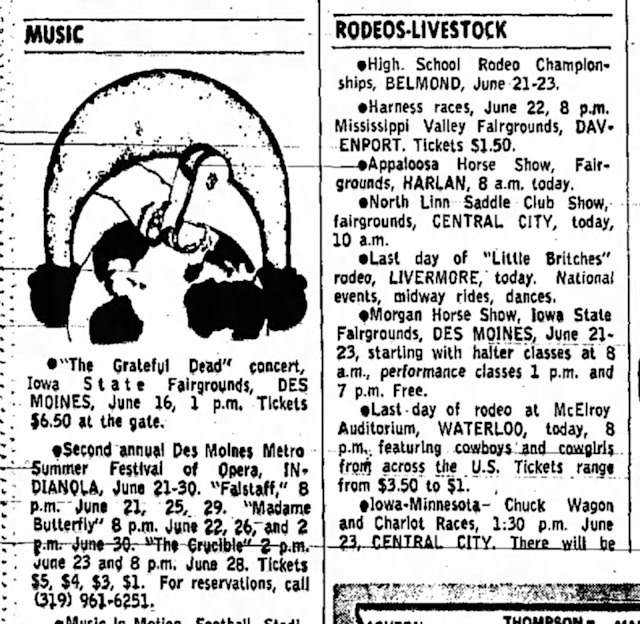 The Road Trips show has a similar "mellow" review on page 11 below, but page 1 has a story about one of the promoters being stabbed by a guy trying to pry open the fence around the show to let people in for free (foreshadowing 1995, crazy) 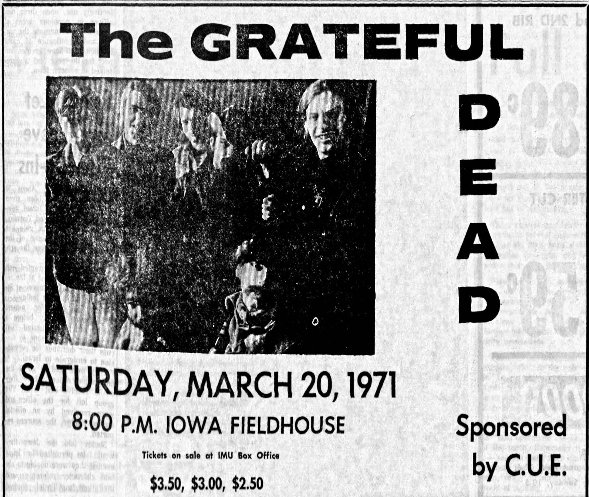 I love the China>Rider from 1974 so thats what you get today as you look at this interesting history lesson from Iowa in 1973 and 1974.  The next show two days later in Louisville has an amazing once only  It's A Sin Jam, but from the size of things it looks like Kentucky in 74 preferred Kiss :) 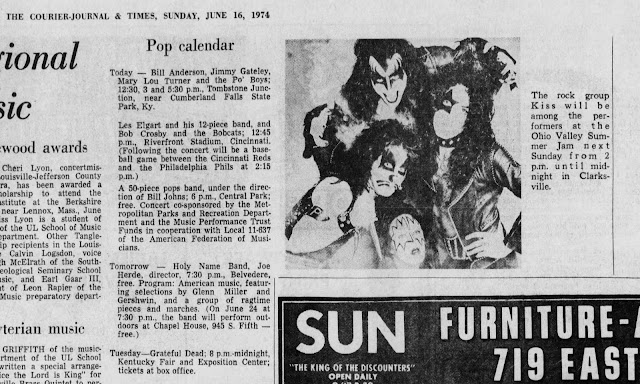 You finished a couple fine focuses there. I did an inquiry on the subject and discovered about all persons will oblige with your online journal. 토토사이트

I go to see each day a few blogs and information sites to read posts, except this web site offers quality based posts.
토토사이트

I found the answer I was looking for in your article. I'm going to quote your article and write it on a blog. 바카라사이트

Everything is very open with a precise explanation of the issues.
It was really informative. Your website is useful. Thank
you for sharing!
I really like looking through a post that can make people think.
Also, thank you for allowing for me to comment!
안전놀이터

Hello, I'm happy to see some great articles on your site. Would you like to come to my site later? My site also has posts, comments and communities similar to yours. Please visit and take a look keonhacai