It was a concert that was "no sweat: and a "Stereo Buff's Dream" and had a very cool extended jam, but first Nevada had to meet the deadheads. .But first they had to find a date.  It was first reported at April 11 on April 5th which turned out to be wrong. Second, it was May 11, but moved to May 12. 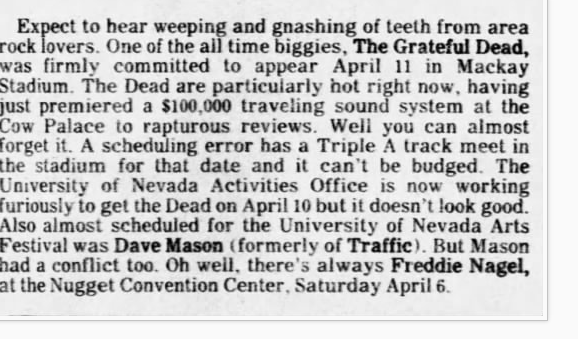 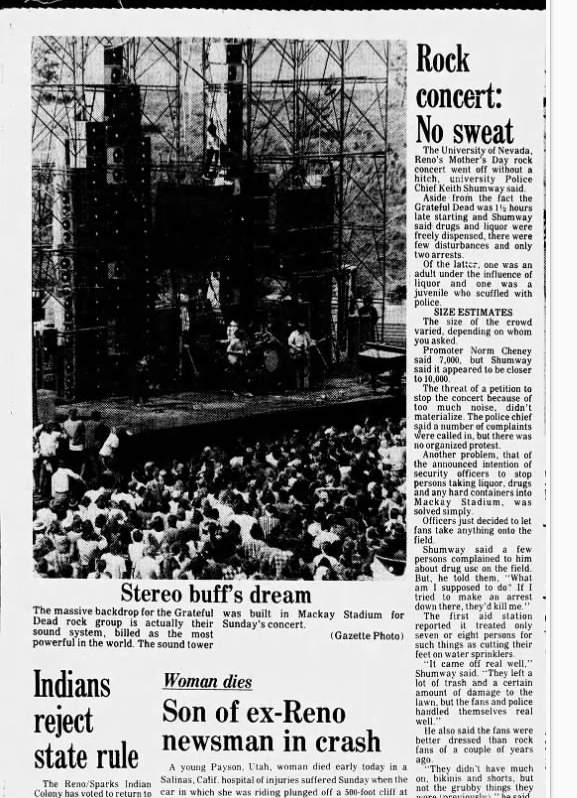 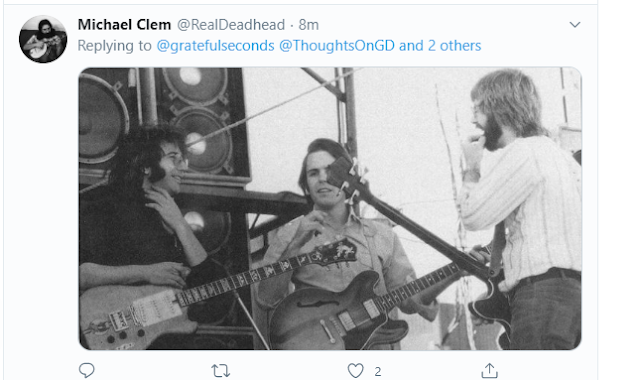 The Grateful Dead and Nevada were never really a mix.

Even though it was right next to groovy California, the Dead had avoided NV altogether, except for an Las Vegas Ice Palace (huh?) show March 29, 1969 until Reno scheduled the first Wall of Sound show outside the Bay Area on May 12, 1974.  The Reno Gazette-Journal gives a great play-by-play of what this conservative center would feel of the band and its fans.  The feeling was fear. First, they wanted to search the hippies and then more Fear of a super powerful sound. Finally, fear of sleeping Dead Fans. You can't make this stuff up folks. But listen here 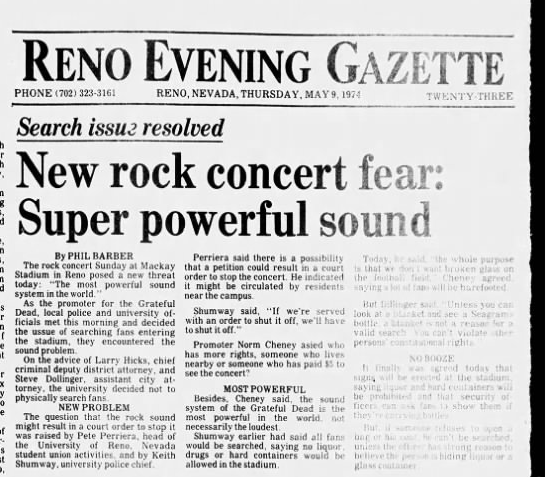 How did the show go? It's funny in Deadbase IX, there are 27 shows voted on for best show of the year, and none of the 10,000 voted for Reno :)  Grateful Dead Listening Guide has a great piece on this show. I recall hearing on Sirius one day driving on the 210 this remarkable Truckin>Nobody's Jam>Other one>Mind Left Body>Row Jimmy.  Is this the only jam with both Nobody's and Mind Left Body?  This is an excellent second set and you should seek it out.
at May 29, 2016

Email ThisBlogThis!Share to TwitterShare to FacebookShare to Pinterest
Labels: 1974, 1974-05-12, Dead Classic, the wall