As par the course during the crazy 1970 schedule, the band's crew had to make a 677 mile trek from The Warehouse to the Fox and the band was only one night removed from Busted Down in New Orleans evening of January 31.  So it looks like everyone drove and the band and equipment arrived at 7pm and went on at 10:15pm according to the awesome St Louis Post-Dispatch.  Despite all these hurdles, travel, arrests and crazy schedule, the band go into an "epic" version of Dark Star according to All Music. I love finding treasure like the Post-Dispatch review after 46 years. 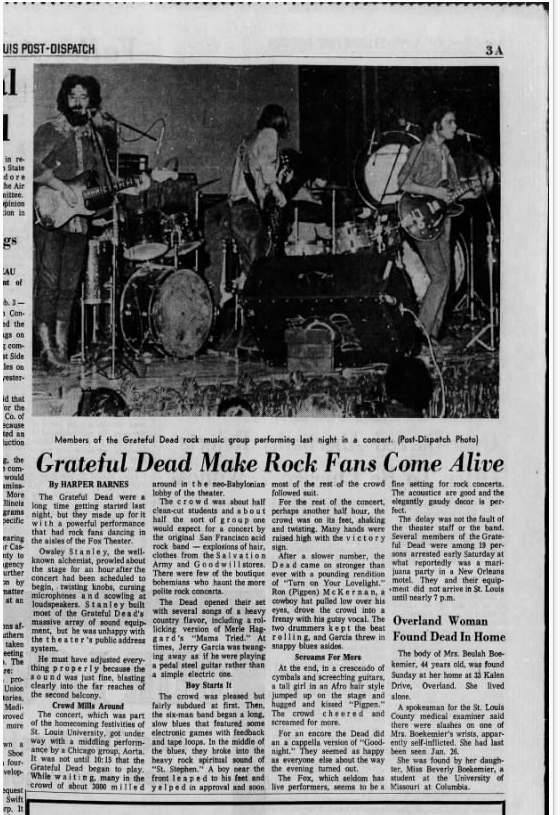 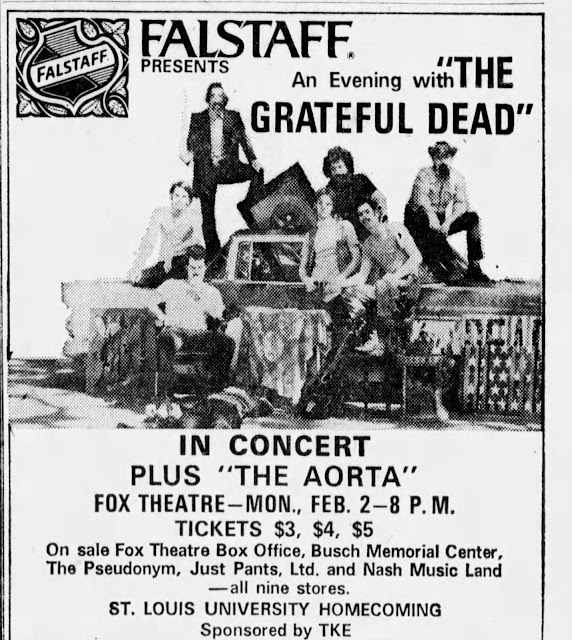