Bill Graham Presents: A Benefit for Nuclear Disarmament on May 22, 1981 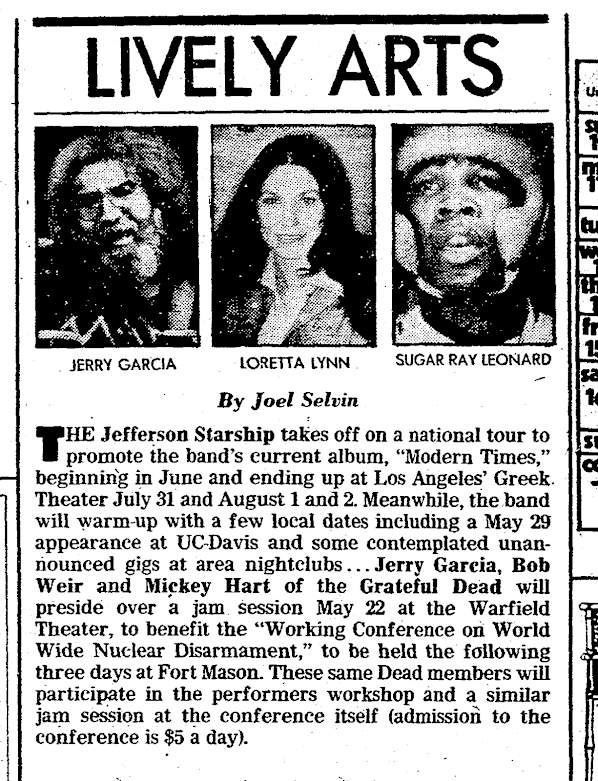 This was 36 years ago today.  Hi 1981.
I just checked so this was my first concert at the Warfield (The Dead and the Jam in 1982 were next). This was actually the first time I saw the Grateful Dead perform in San Francisco proper, although the billing says:

I paid a cool $8.50 and got to see the Dead play a second Buddy Holly tune "Oh Boy", which is a very easy song to play on the guitar that I could still pick out today (the Dave Davis Trio opened often with Baby, You're So Square, which Elvis and The Beatles both covered).

I was hoping for The Other One after the unexpected drums out of Ripple but Oh Boy was just fine by me.

Corry wrote the definitive piece on this http://lostlivedead.blogspot.com/2009/07/may-22-1981-fox-warfield-theatre-san.html  but I figured it was fair game to write about it since it was my first Dead benefit show ever. Plus I add the tunes.


Look how similar to my December 31, 1980 acoustic set at the Oakland New Year's show I saw: