So if you lived in "Bama in May 1977 on consecutive nights you could have seen Bread, the Dead, and Led Zep. Wow. Didn't know that. Show was originally scheduled April 18, but moved to after the tour.  Half Step   Scarlet Fire    Estimated Terrapin Playing Wharf Rat Playing.  Hopefully you have the version from the first May 1977 box set, but if not listen here

This was the very first time the Grateful Dead graced the Alabama stage, this time in Tuscaloosa but they would return four more times in 1978, 1980, and 1995 (twice) to Birmingham.

You already know this show and since its May 1977 (and forty years ago tomorrow), it's solid as a rock. 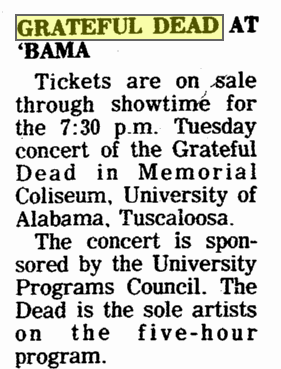 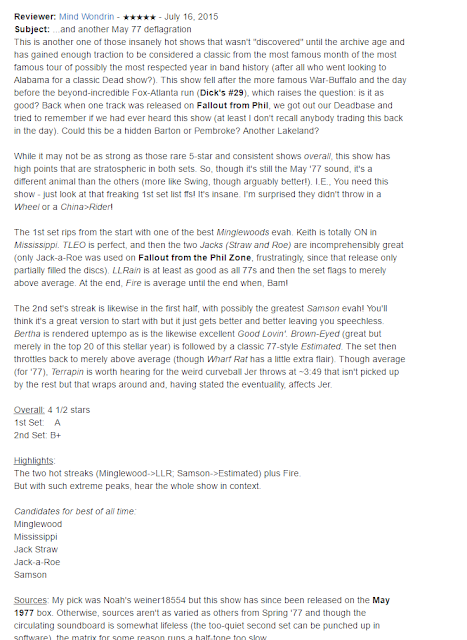 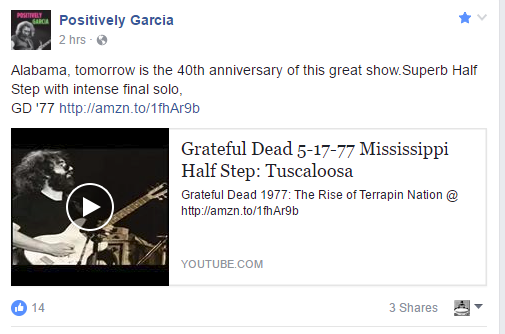 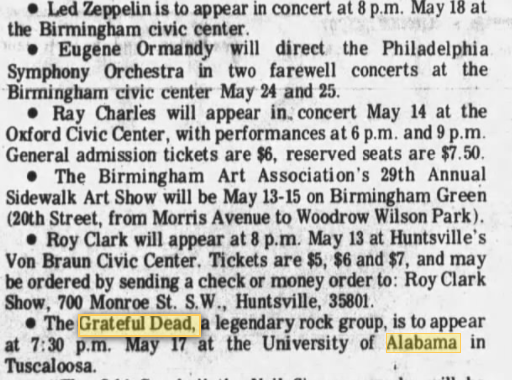 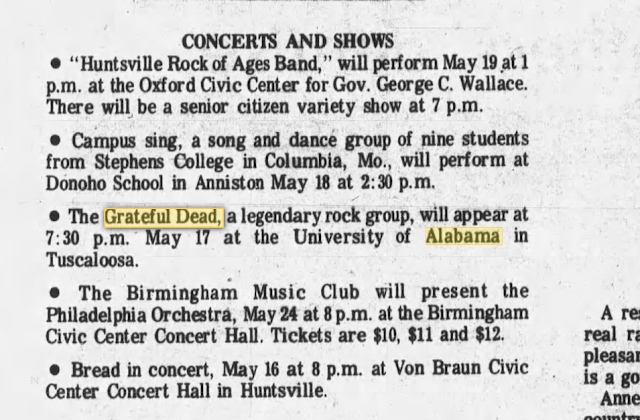 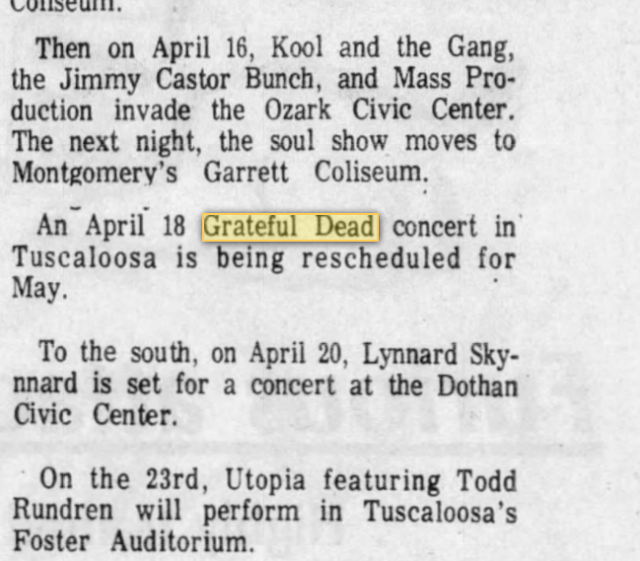 Email ThisBlogThis!Share to TwitterShare to FacebookShare to Pinterest
Labels: 1977, 1977-05-17