What's ironic about May 7, 1977 at the Boston Garden is that originally I thought the show was not that great.  It had to have been that I was seeing the Dead at beautiful Music Hall like venues and now I was in the barn they called the Boston Garden.  Then suddenly, years later, came the birth of the Betty Boards, and the rest is history. Boston 1977 is a remarkable show that hopes considerably by the massively beautiful boards, and now CDs, that came out of that show.

My brother Ralph was hanging out on the side near the artist entrance and saw Jerry enter in a limo. Jerry waved to him. And for Marcia, say Happy Birthday to Billy.

I had a feeling this night, I was falling. Then Donna and Jerry start giggling.  The first set is like a group of "Best Of" Versions".  Bertha Cassidy early set Deal Straw (we can share here) Peggy-O Minglewood. Then the fab fantastic awesome Half Step>Big River, Best First Set Moment of 1977 during the Best First Set of Spring 1977 (well maybe some of that crazy Winterland Playing Terrapins, but I'm on the East Coast)

Of course, set two is a monster as well, New England debut of Terrapin Station blasting into Samson and my last stand alone Estimated Prophet.

The Jerry-centric Eyes of the World>The Wheel>Wharf Rat>Around & Around is much richer than just that, spend an hour and listen.

Almost ten years, I was the first on the dead.net (see below) to discuss this show. Second was Peter Warren, which I just noticed (hi Peter!).

The Boston papers were good at covering this show.

The Harvard Crimson had this request on April 30 (see Springfield 77):

Hopefully, though, these are minor logistical problems that can be ironed out for future concerts, like the Boston performance set for May 7. The character of the Dead's performance in Springfield suggests some of the old cohesive spirit. And they still haven't turned up on Wolfman Jack's Midnight Special.

Update: Groovy Musicphotos77 from Row One 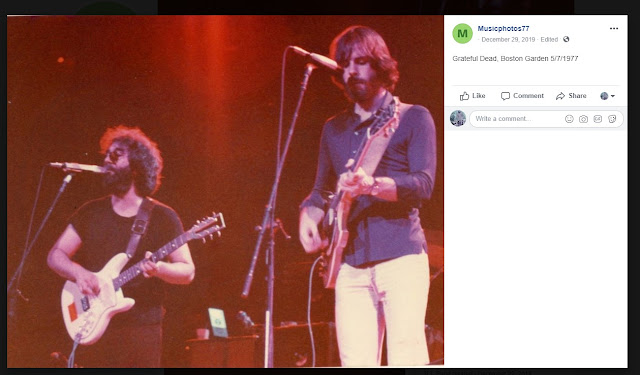 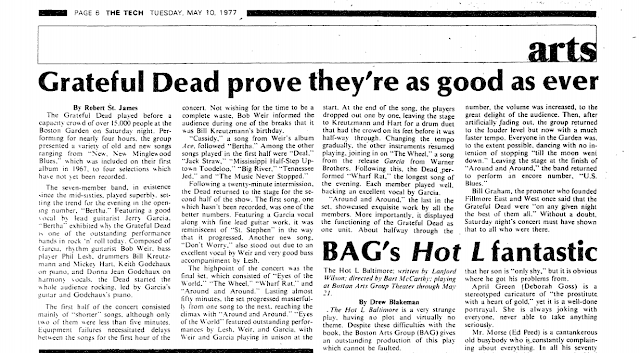 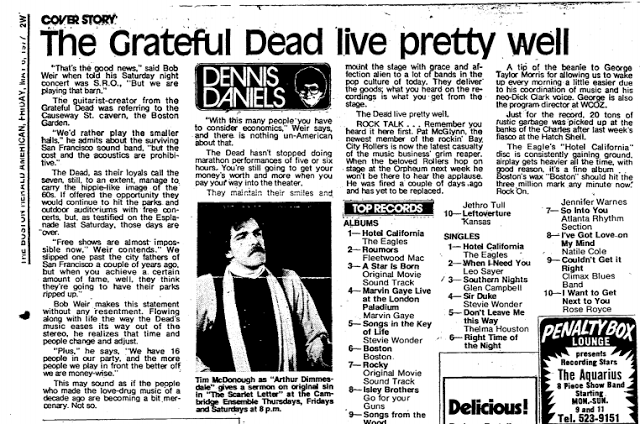 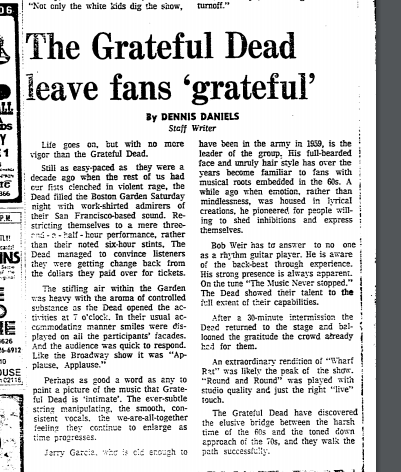 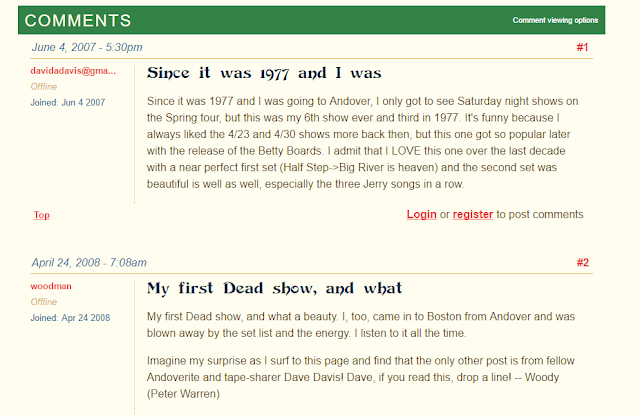 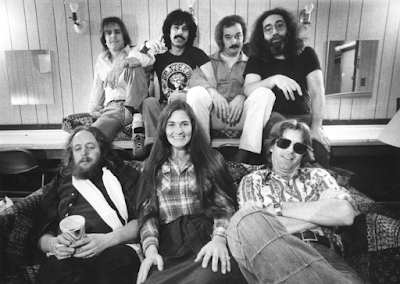 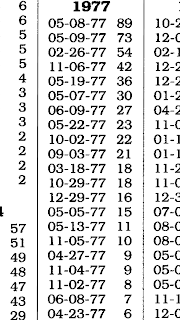 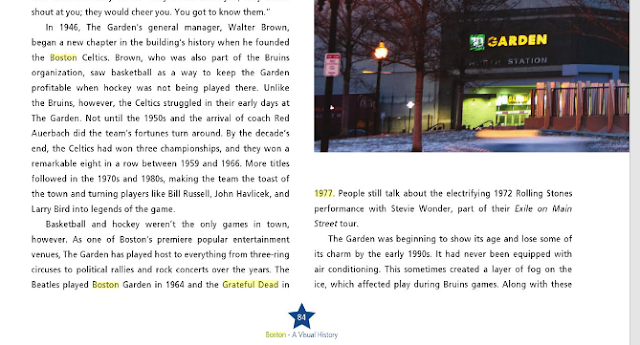 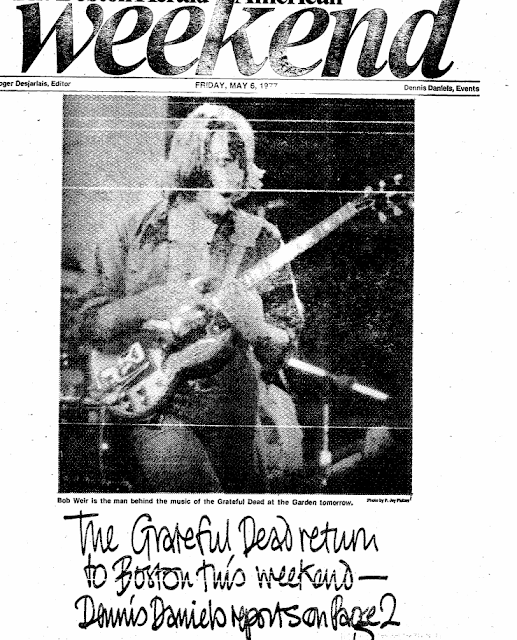 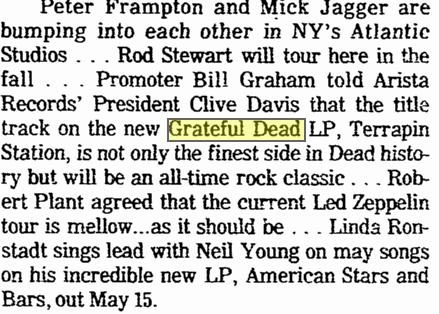 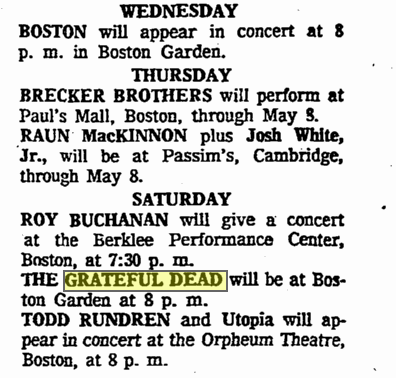