Here's two more May 1977 gems which you probably know something about. Southern shows, at least Southern compared to me in New England at the time.

Richmond: The Dead hit a Mosque in Richmond and do a typical mind crushing second set complete with a split The Other One.  Good reason Dave picked this as his first release. Dave's Picks 1

Scarlet Begonias ->
Fire On The Mountain

Baltimore, which did  not sell out had a killer first set and a nice Terrapin>Estimated which you might like to hear. We can share itunes, we can share the flacs  5-25   5-26  And as usual some pretty funny local reviews of the band. Since the band is coming to Virginia, of course there have to be psychedelic references from like 1963.  And the reviewers again gets some of the song titles incorrect.
But in May 1977, so did I :) 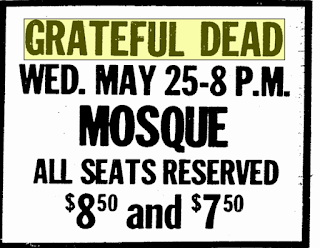 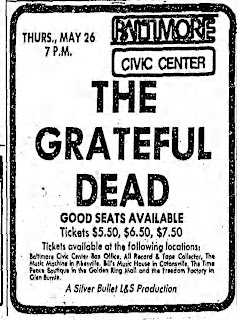 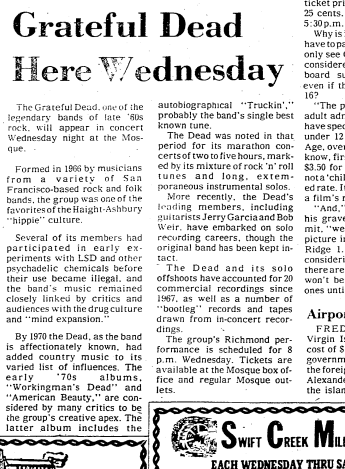 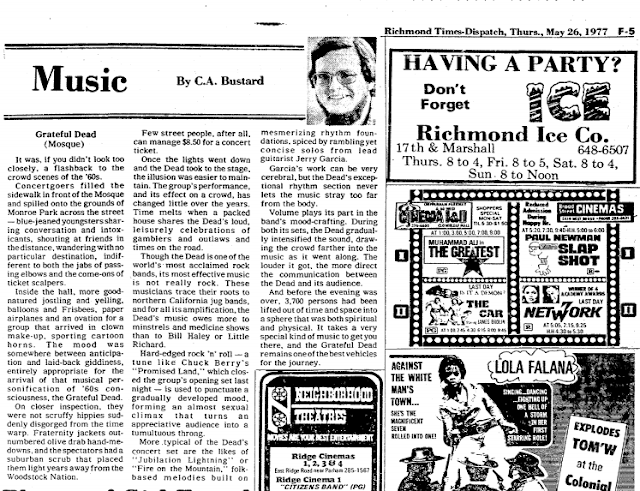 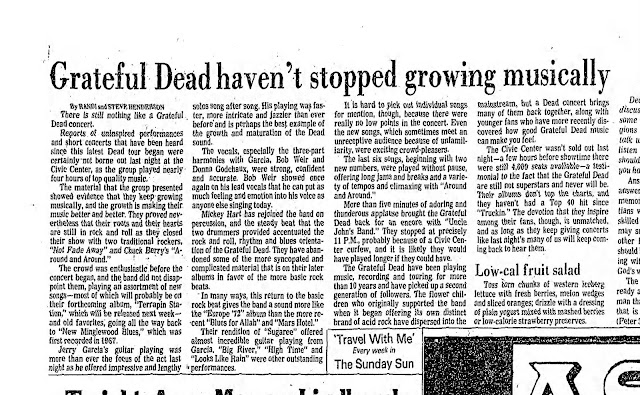 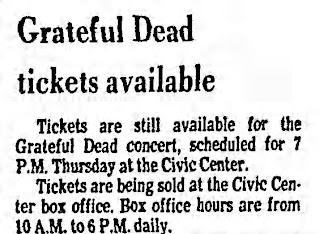 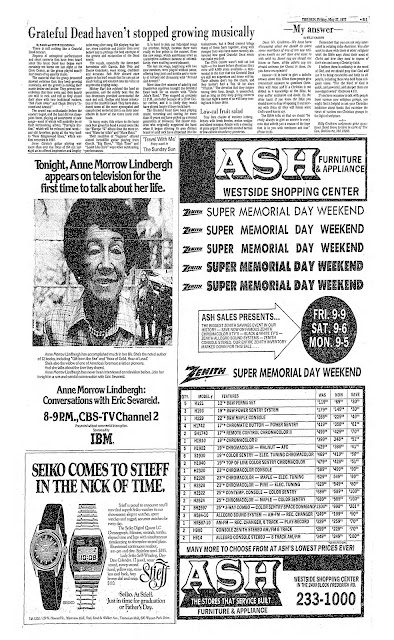