While starting as a interesting mainly first set duo, Supplication broke the mold of Dead tunes and was become involved over time in some very interesting song transitions.  I will admit it now, I am in love with Supplication.

So I'll admit upfront, there really wasn't much difference during the 111 versions of  Lazy Lightning that the Grateful Dead played, although I am partial to the 1976 and 1977 ones like Deadbase favs Cornell, SF 7-18-76 and Dick's Picks 3. 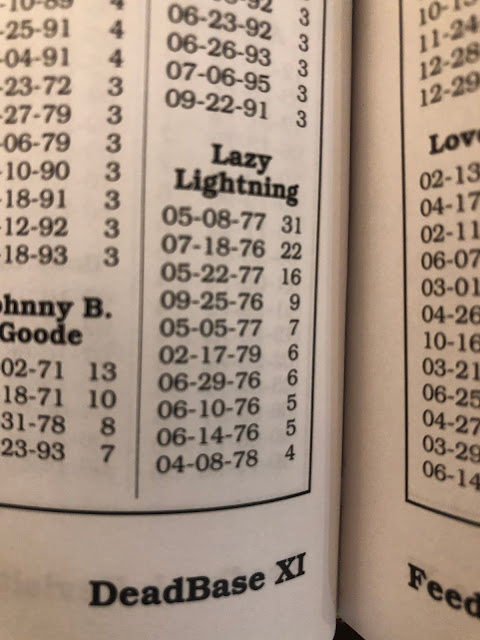 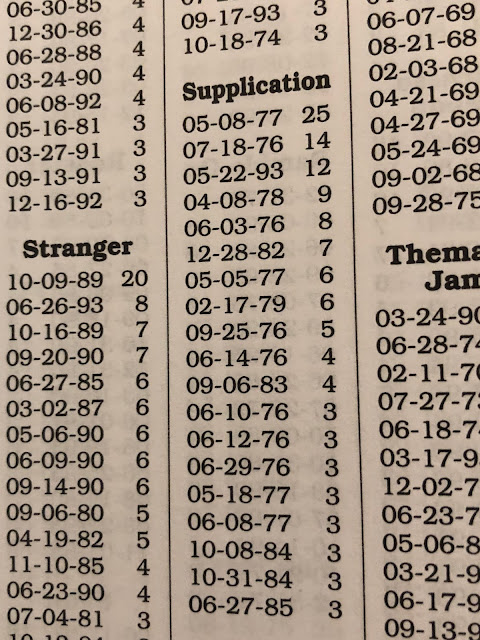 Supplication was another story, with some real outstanding ones including 15 versions where it moved out of the confines of the LL>S structure totally 126 total plays over its 20 year career.

The one cut was the deepest with the famous Supplication sandwich in the middle of Playin In the Band during William & Mary's second show on September 24, 1976. The only other full Supplication without Lazy will occur 17 years later. A few tunes   https://www.reddit.com/r/gratefuldead/comments/50i7zb/what_are_some_good_lazy_lightningsupplication/

9-24-76 Playin>Supplication>Playin
about the 20th time Supplication is played:

The Invention of the Supplication Jam
09-04-80  Providence Set 2 Supplication Jam>Estimated>Eyes, and the only one seen with Grateful Seconds own eyes two days before Lewiston.

After Lazy is retired by the band, Bobby can't seem to stay away from Supplication Jams