It's New Year's Eve and I Do Believe There'll Be Dancin' in the Streets, Winterland, December 31, 1971 FM

A great new Charlie Miller FLAC of this show was just released.

Thanks to Tim Dalton for this knockout upgrade and to Charlie Miller for the transfer.
edited and mastered
SIRMick
March 2018

Prior was only one FM on the archive. Listen and grab with NRPS add-on (hear Graham introduce NRPS above).  Nathan Wolfson below calls this the "return of the jam" and I like this as the transitional Dancin in the Streets from the old towards the 1976 new (and later return again to more like this 1971 one, see Greek 7-15-84 as Dancin opens into Bird Song). The Same Thing is here.  Last I think Very cool Truckin>The Other One opens set two with a Cosmic Cowboy Me & My Uncle sandwiched in between. The Jam>Black Peter which followed was released in 2003 as part of the New Year's Eve bonus disc when buying the CD or DVD of The Closing of Winterland 1978. This alone is worth the price you are paying to listen to this show here.   Playing in the Band towards the end of set one was the first time Donna sang with the band and continued to expand in length.  The performance took place from midnight to about 5am according to the fans. Funny that Bill Graham did not expand into 12/30 land but instead scheduled the boys for January 2 (Good Lovin>China Cat>Good Lovin). Enjoy a little jewel between 1971 and 1972 and 1976 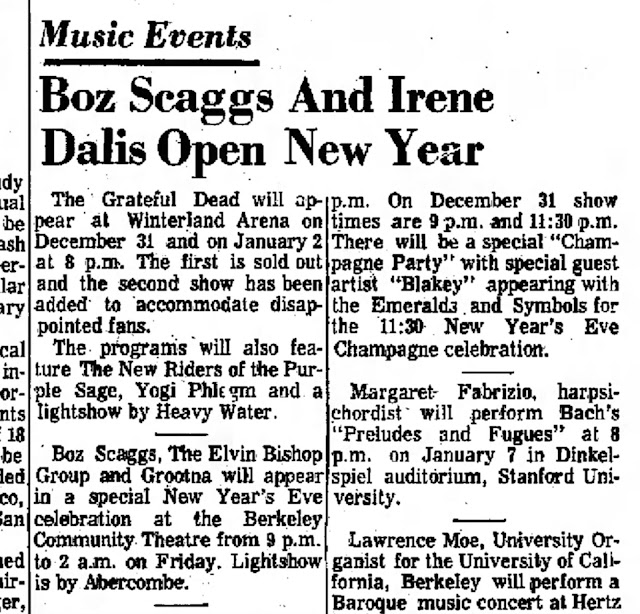 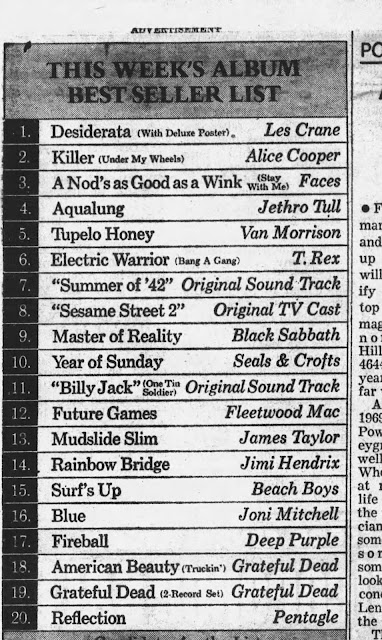 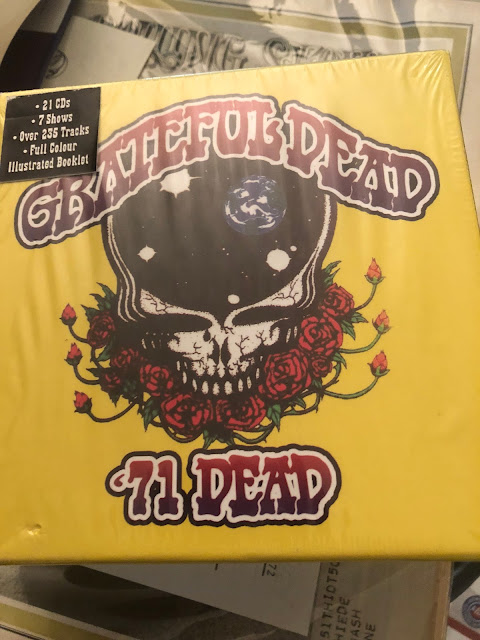 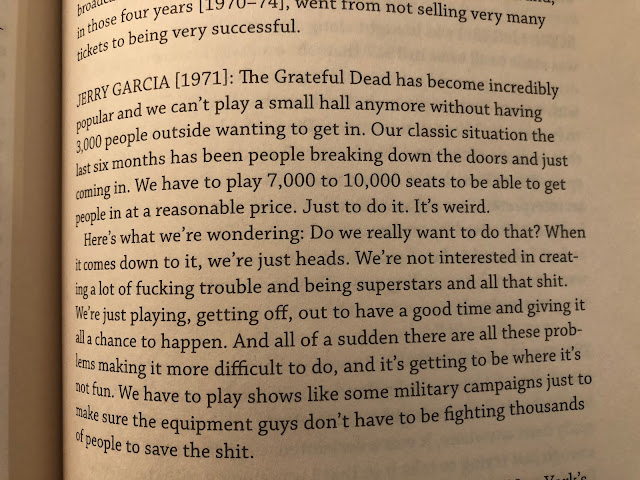 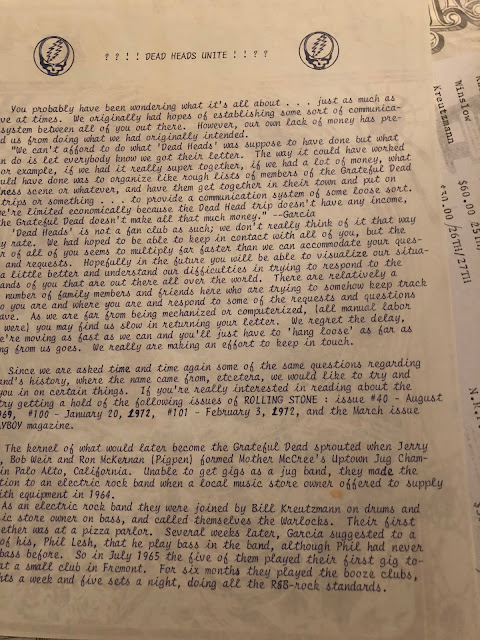 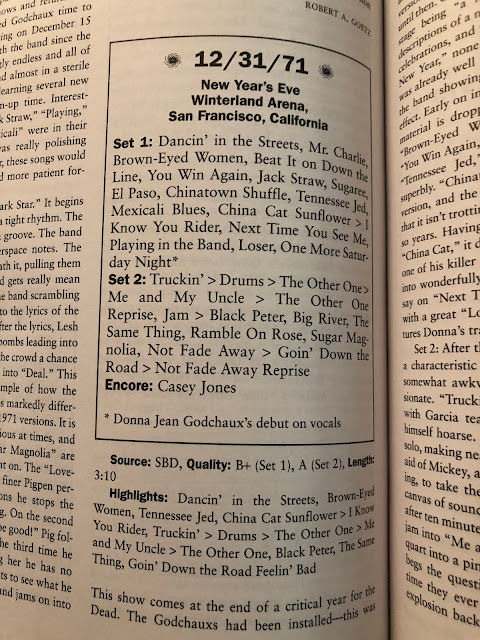 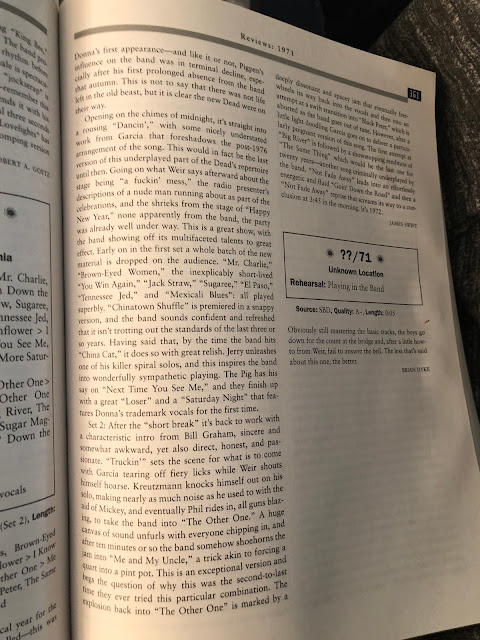 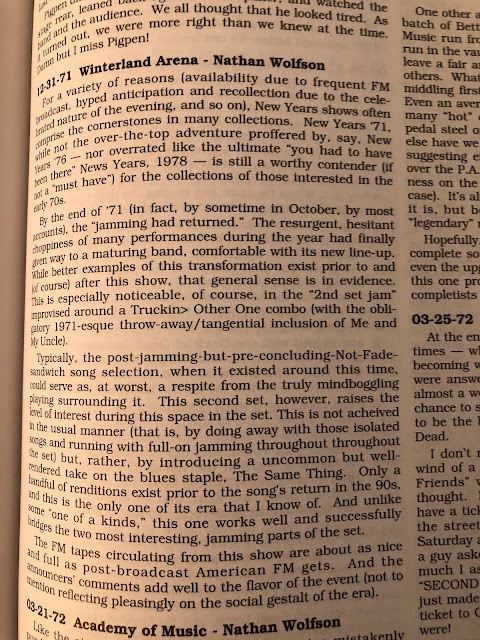 That night
Hot Tuna was very hot. They played about 2 hours, from 10-midnight. By then I had completely forgotten about the Dead. Half an hour later I'd forgotten about Tuna. I think it was at this show that I saw I guy fall from the balcony and land pretty much unharmed, the right-side balcony as you look at the stage. And there was a dude who stripped down and danced across the stage, acting out playing a guitar (and pretty much in sync), right across in front of the band, from left to right, and then back across again before a behemoth bouncer pushed him off the stage into the crowd, from which he was exited the building. He was on fire. I think Weir or Lesh commented on the incident with a "How about that?" at the end of the tune. This was an archetypal Dead deal....not done until 5 a.m. Yip. Five hours straight, without any real break, of course, if you don't count the 2-5 minutes of tuning that went on at times. Ultimate satisfaction is my fond memory of that night. Great music, great vibes. from santa rosa 70 on dead.net
at March 20, 2018