But Binghamton, November 6, 1977 remains to this day, a true highlight  of my live Grateful Dead Experience.  It wasn't until Betty Boards that I thought some of the other 77 eras were as good as my 8th and last show of this magical year. Amazing Jim Anderson photos of this night 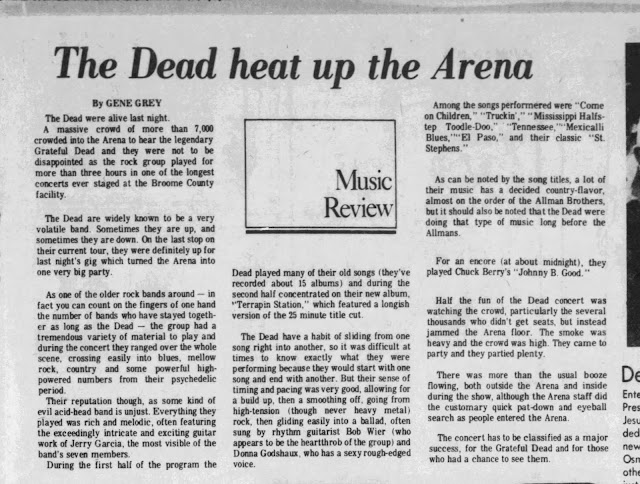 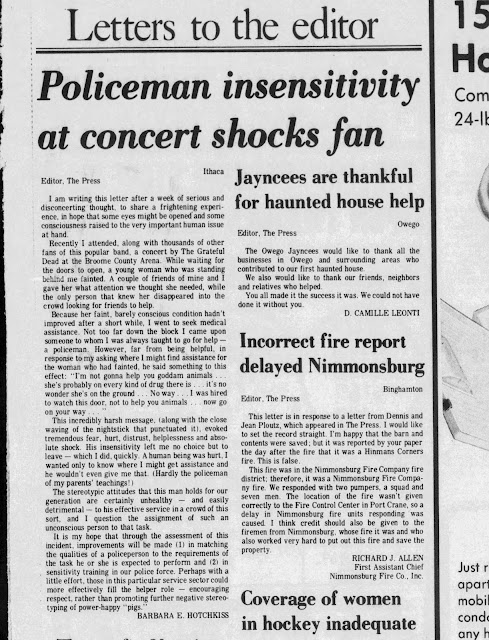 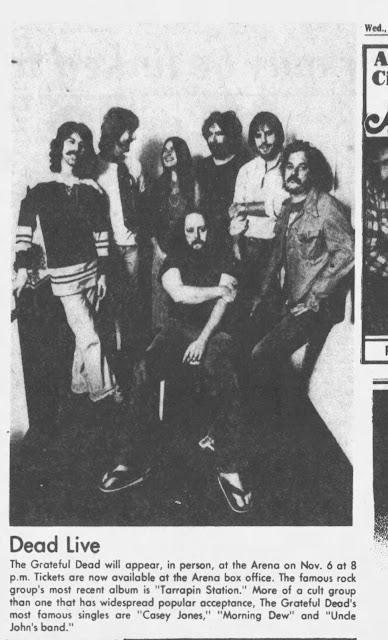 Ok, you have the whole show too in Seamons matrix or Normal  SBD form  or just go 8 minutes into the Truckin' playing in the Backgroud here and listen to Jerry turn into Jimmy Page for one night only.

I don't know Dave, why do you attest that Jerry's stop and go riffs are attributable to Jimmy Page. I've never heard of this before. I always thought it was Rock & Roll guitar thing not tied to any one performer. Musically, I supposed it is called something specific, though I don't know what that is. I've always loved it though and we sure did have fun at the show. Although I still think overall the show is slightly flawed because of that massive fuckup during Scarlet/Fire. I still remember the whole weekend being a total high!!! That's for sharing this and hitching out for the shows!!!!

In http://deadessays.blogspot.com/2012/05/dead-vs-led-zeppelin.html, famed Dead historian Light Into Ashes writes: "Occasionally they could even do a funny little Zeppelin imitation, as at the end of the famous 11/6/77 Truckin':
http://archive.org/details/gd77-11-06.sbd.nawrocki.283.sbeok.shnf (after 7min in the Truckin - the Dead challenge Zeppelin on their own turf!)". This is one example of the top of my head