First was the release of Providence as the 1978 selection in the 30 Trips Around The Sun Box Set
See my blog post from January for the amazing 1,000 second first set ending Let It Grow.
http://gratefulseconds.blogspot.com/2015/01/wake-of-flood-1800-second-bookends-in.html

Today, I received Dave's Picks 16 from the Dead historic Springfield Civic Center from 3-28-1973
with the extremely rare show closing WRS Prelude>Dark Star>Eyes of the World>Playing in the Band. Rare stand-alone Prelude, rare full complete Playing In The Band show closer.

All Must Be Heard.  I think all of 1973 Should Be One Big Box Set. Please David. 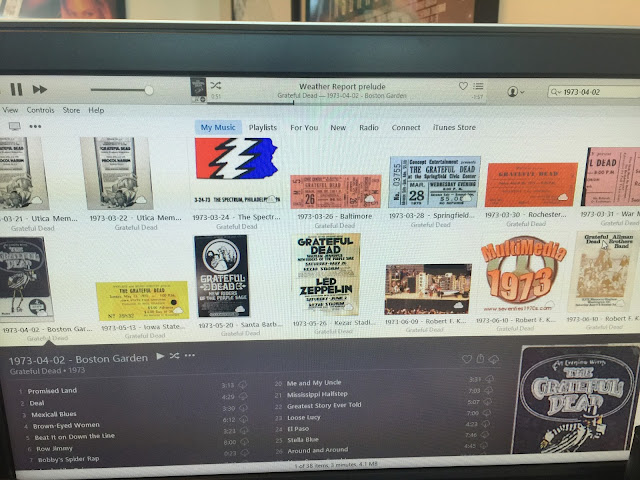 This is the Boston 1973 version playing now