Detroit Rock City apparently suffered a bout of collective amnesia back on October 3, 1976 as every single reference and every single tape starts with a 6 minute Sugaree as the first song of an 8 song first set.  This went on for almost forty years until the release of 30 Trips with its 1976 edition being this very concert I mention here.

David Lemieux, the master of restoring 1970's shows to perfect (see Berkeley August 25, 1972 last 40 minutes) brought back to life the complete version of Detroit Rock City at Cobo Hall with Sheik-like procession with the addition of the previously not recognized opening of Bertha and Mama Tried (as well as completing the Sugaree). Also thanks for 1978 and 1979 30 Trips, two of my personal shows.

Due to the magic of online research, I have discovered today evidence from the never ever ever ever wrong Michigan Daily (right Kirko>) that not recognized songs from 1976 to 2015 were actually known, but forgotten by all Dead researchers and tape traders.

Now yesterday on January 18, 2018 I wrote about the discovery of three additional  unknown songs to the set list at one of the Village Theater shows in either December 26 or 27, 1967 in the primordial  stew of the Grateful Dead's existence, but by Fall 1976 one would think we have the set list of every show.  Our friend David Lemieux in 2017 revealed the last 40 minutes of the Berkeley August 25, 1972 so gems are still out there. And the 30 Trips in 2015 revealed the additions to this 1976 show.
Even as recent as 2018, I checked Deadbase, deadlists, the archives and recordings this morning and was surprised that no tapes have Bertha and Mama Tried on them and all have a short Sugaree.

Even the amazing and highly detail oriented Nicholas Meriwether, the keeper of the GDAO at Santa Cruz, did not mention that David's new Cobo has these extra tunes.  I praised David in my review of August 25, 1972 for the additional tuneshttp://gratefulseconds.blogspot.com/2017/10/august-25-1972-full-show-finally.html, but didn't notice the Cobo 1976 additions. For that, more than two years late, I praise David again. Thanks for completing the show. 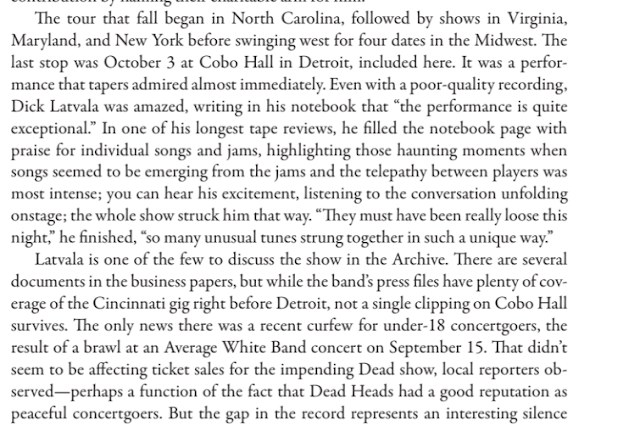 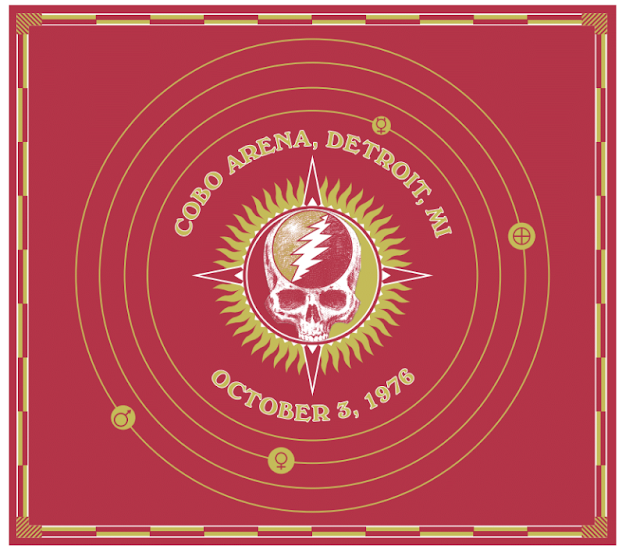 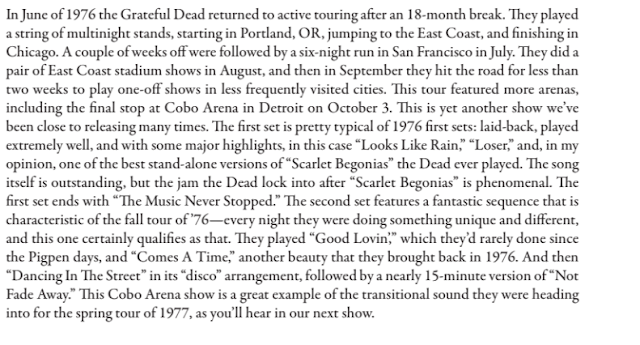 One would think that one of us thousands that come to the show would remember these songs.  I am convinced that some aliens came to Michigan that night and put a spell on you and me to prevent us from knowing about this.  Only Jim Shalin was not affected and he says that "a relatively lifeless version" of Bertha and a crowd warming version" of Mama Trtied open ed the show.  He must of had amenity from the spell we were all placed under.  We can share

By the way, the second set jam of Playin>The Wheel>JAm>Good Lovin>Jam>Comes A Times>Dancin>Not Fade Away>Dancin is truly a work of art on this night. Don't miss it 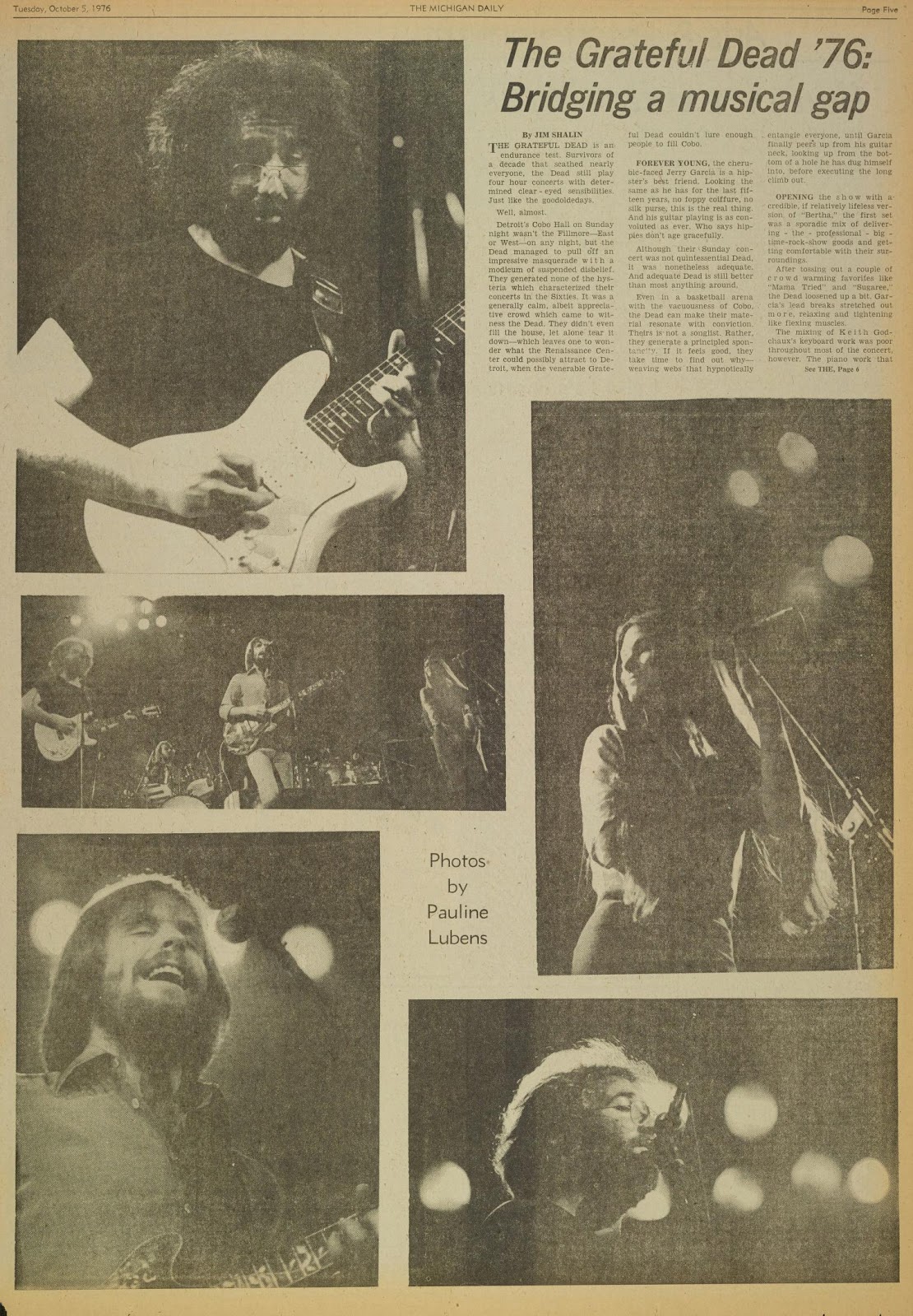 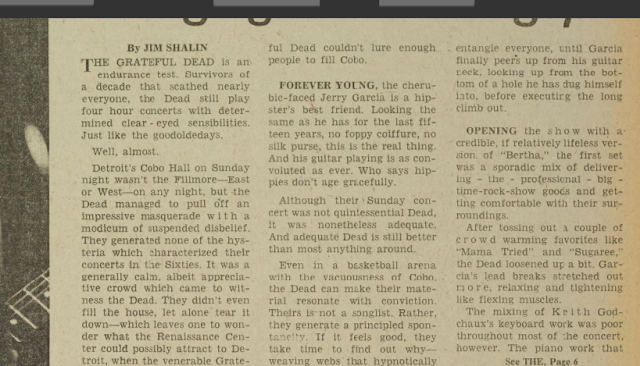 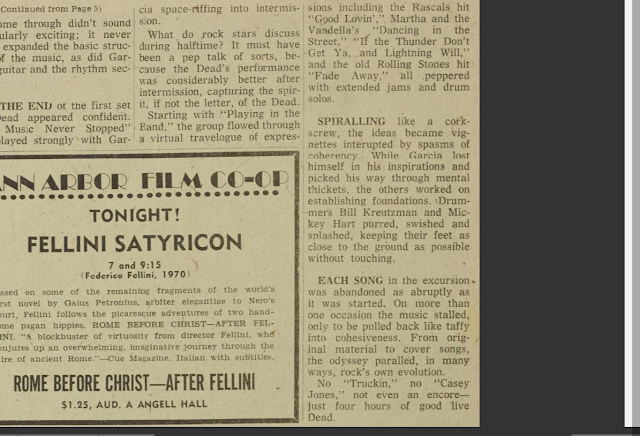