After Busted Down in New Orleans in 1970, and the surprising acoustic show run at Sanger in 1980, the Grateful Dead finally must have known how it feels to miss New Orleans and placed a guest-starred studded strong show for 1988 on October 18 at the Lakefront Arena. 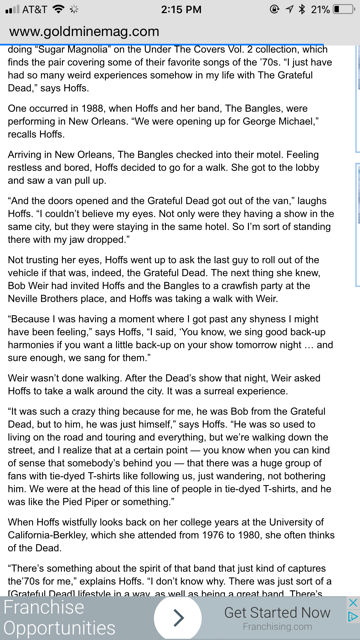 From those who were there, the reviews are that this show is one of the most underr rated shows of the year (1988, still). I'm posted the Taping Compendium thoughts by John Cadwell.

Another cool note about this night is that Staff Writer @Daynaharpster, writes an excellent review of the show and even, gets all the song titles correct. Dayna, we salute you for an excellent article on the show, as well as the others you wrote leading up to the night.  I have a sneaking suspicion you are a fan.    Whole show matrix here

By 1988, the Dead were selling out virtually every show in the Deep South, from Florida to Texas, unlike the shows a decade earlier with thousands of empty seats.  The Iko encore was the fifth and last time that the Dead played Iko in the encore slot among the 185 times the tune was played. Even a Kevin Tobin video clip (see below).

Iko is a great version with some extra NOLA oomph to it and it's followed immediately by a great version of Knockin on Heaven's Door as the Bangles back up singing is spot-on and in-tune. Good for Bobby if that  rumor is true. 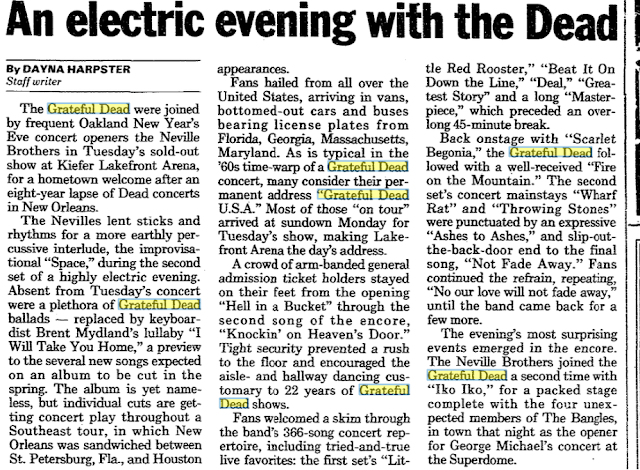 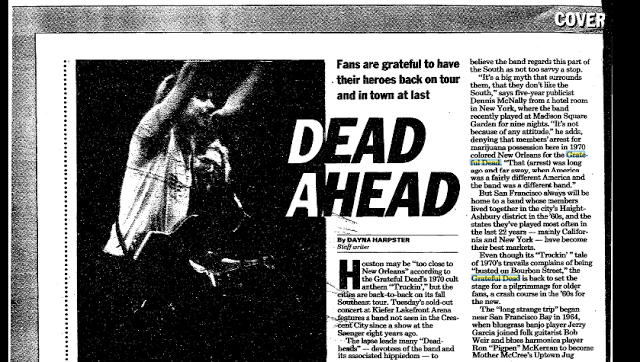 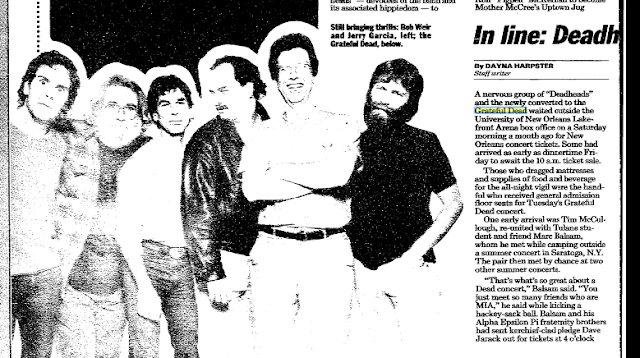 A band I played in once played a benefit in LA with one of the Bangles (Susanna, i think the one who's mom is a film director) but I digress. 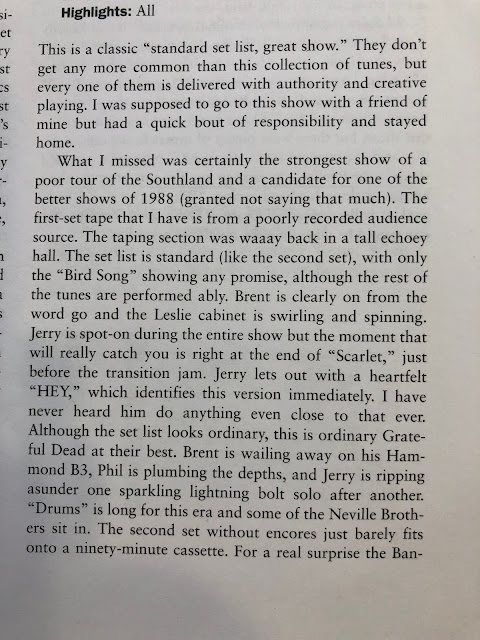 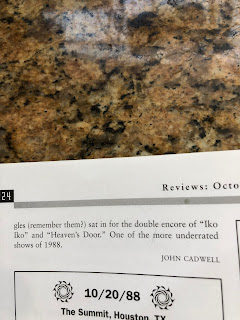 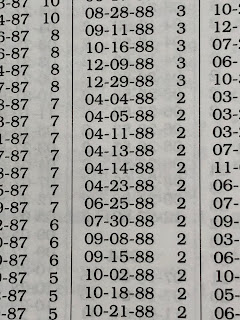 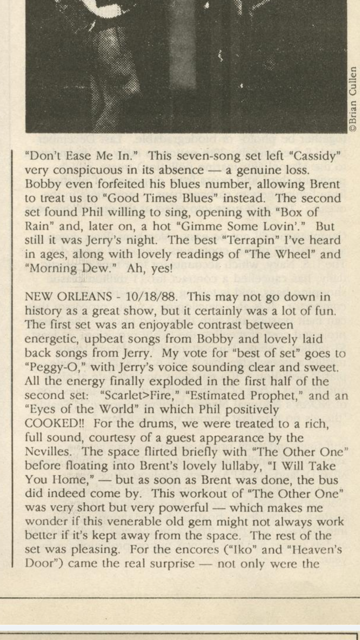 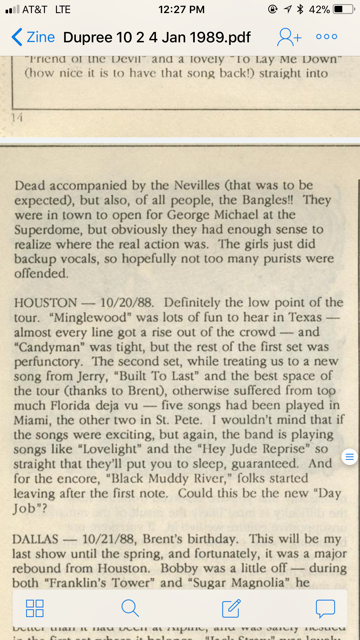 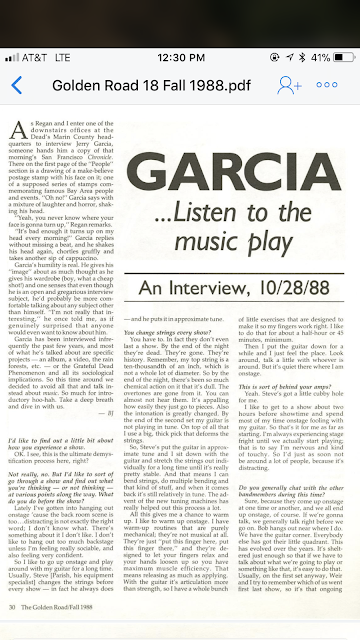 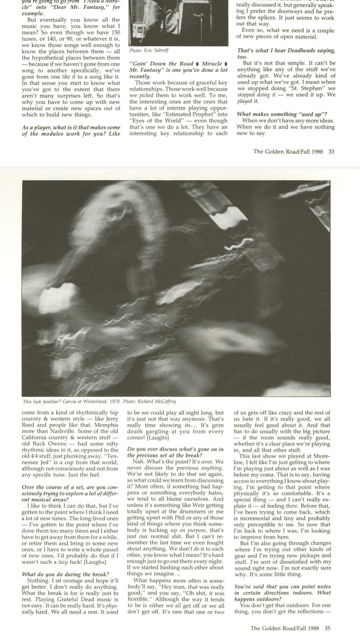 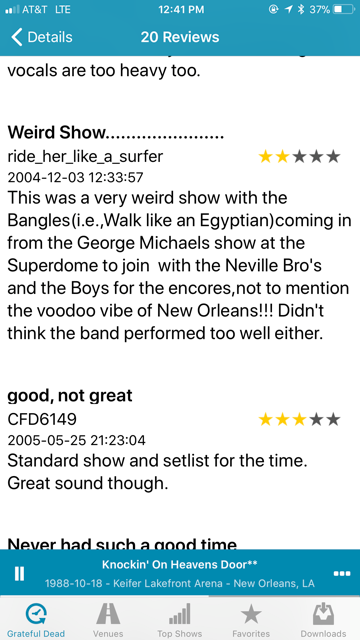 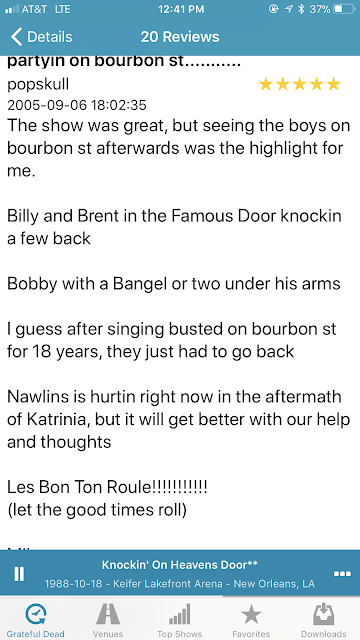 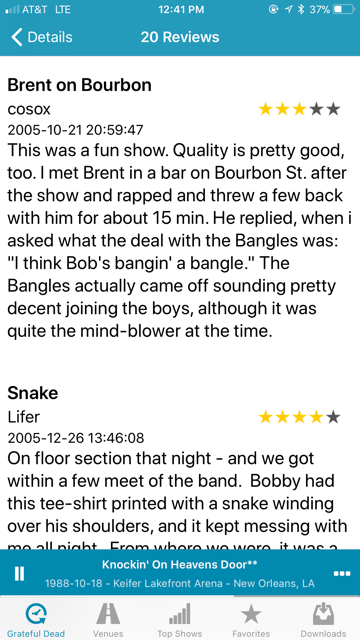 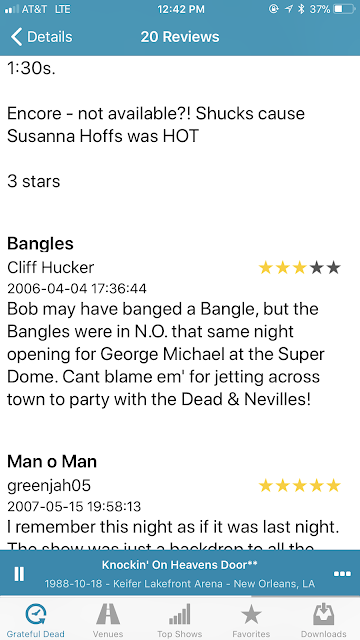 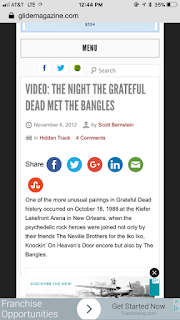