It took $20,000 and it only happened once, but the Grateful Dead made it to Montana on May 14, 1974.  The ASUM Program Council at the University of Montana put up the bucks and charged $5 for students and $6 for others two nights after the Reno show
http://gratefulseconds.blogspot.com/2016/05/fear-of-wall-in-biggest-little-city-in.html.  Since 7,000 is the newspaper estimate for Missoula, the U of M Program Council got to live to see another day.
This is the only dhow the Dead ever played in Montana. Number 9 in the Dave's Picks series too.

No wonder the Dead played so few shows in 1974 carting the Wall of Sound around the country.
But Montana get it to shine that night with a little medley of Weather Report Suite>Dark Star>China Doll. You got to love 1973 and 1974 with the linking of Wake of the Flood with 1972 Second Set Dead. Dave liked it and it made number nine in the Dave's Picks series. Here's the show 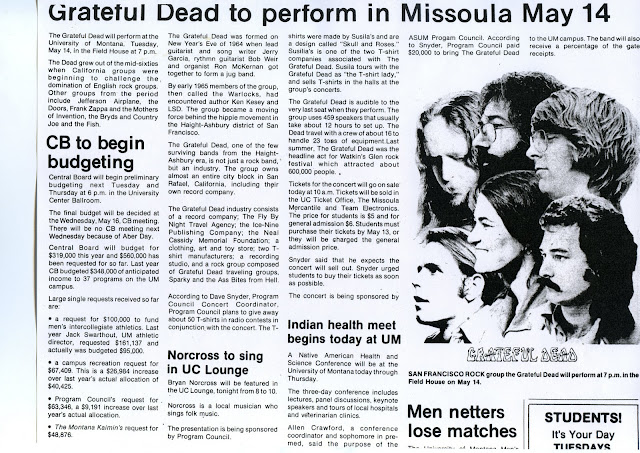 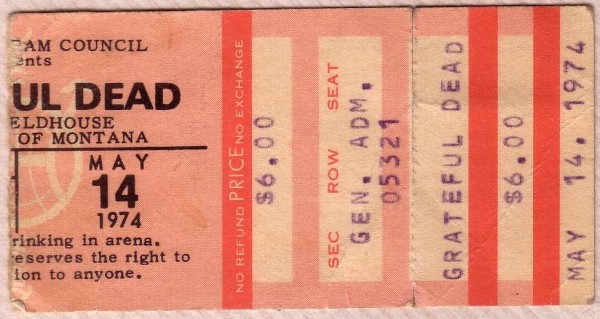 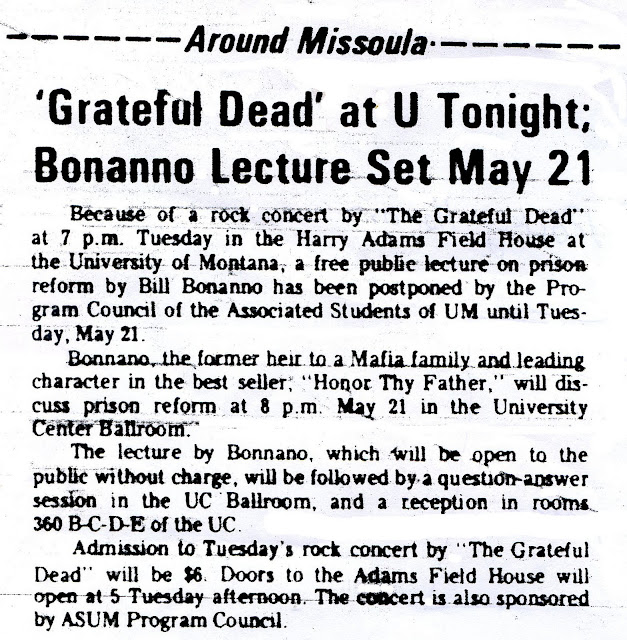 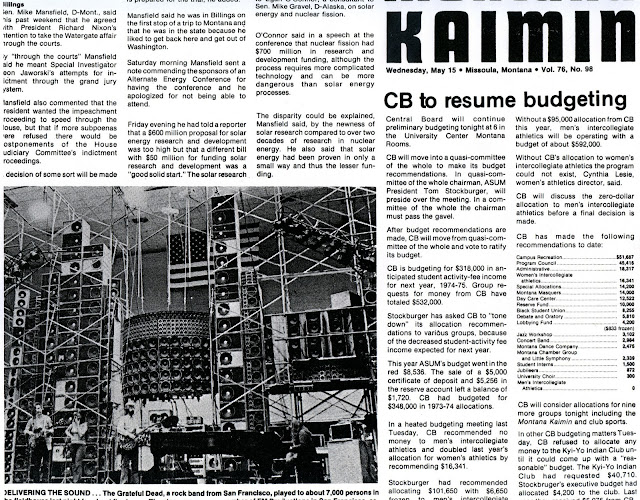 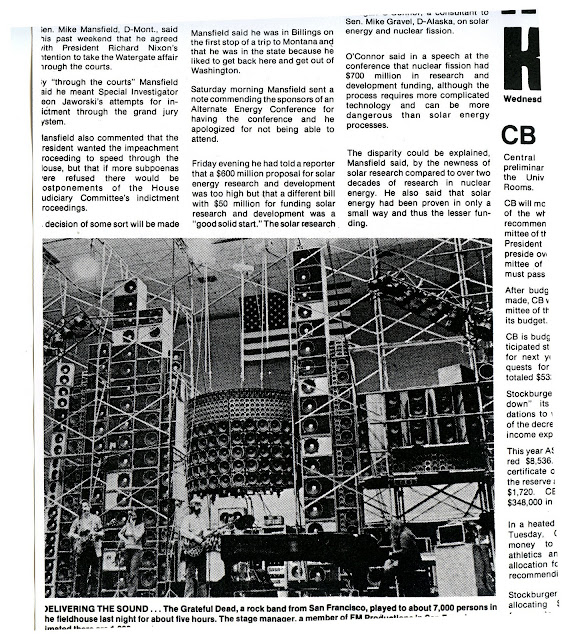 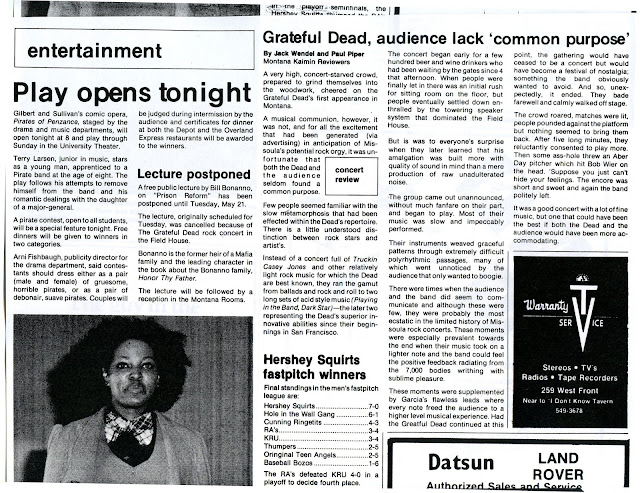 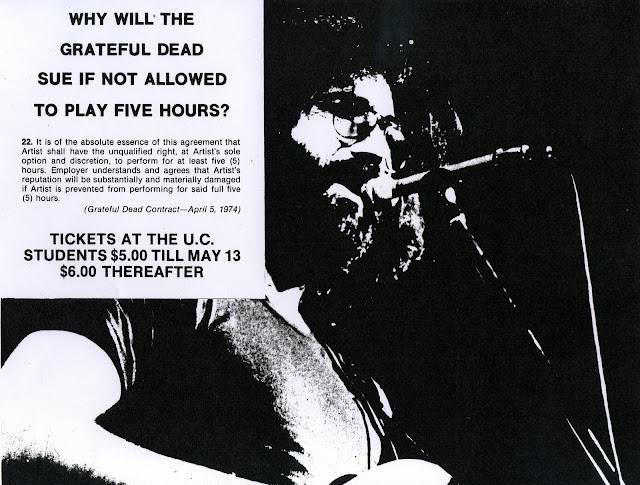