Jam>Jack-A-Roe and Playin>Shakedown>If I Had the World to Give>Playin Highlight Weirdest Show of Year in Cleveland, November 20, 1978

This is a Hall of Fame Performance in Cleveland in November 20, 1978. Of course, I missed it by one show seeing them play more normal the next night in Rochester.  I ranked this only behind New Year's at Winterland as the show of the year in 1978.

Apparently as legend tells it, Bobby was really sick, so this night is kind if a pay-back reverse of the San Diego shows earlier in the year in January, where Bobby sang all the tunes.  It's unclear just exactly what Bobby missed, but I expect he was playing on that incredible Playin in the Band>Shakedown Street>If I Had the World to Give>Playin in the Band sandwich which follows a truly innovative and once-only Jam>Jack-A-Roe that explodes over the audience at the beginning of set two.

As typical, the Akron Beacon reporter had NO IDEA what they were listening, and what a treat it was thankfully we have the vault for that. It was the last and best if the three If I Had The World to Give performances. I relistened to set two of the Charlie Miller version yesterday and it again just blow me away. I just know that the band was going to play this again on November 24 in New Haven but unfortunately, Jerry got sick and they never played it again.  Although Dead and Company's Oteil sang it last night in Ohio, in the middle of China Rider. As it should be. As it was in the beginning and as it is still now. 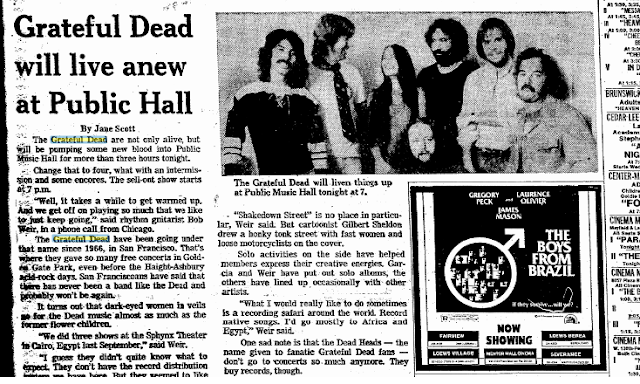 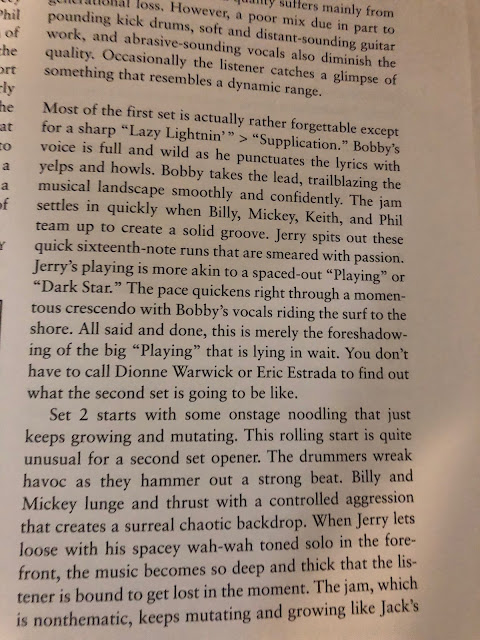 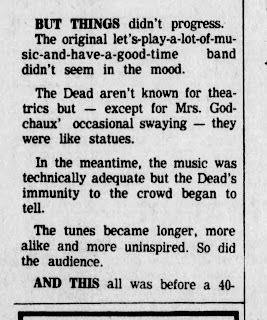 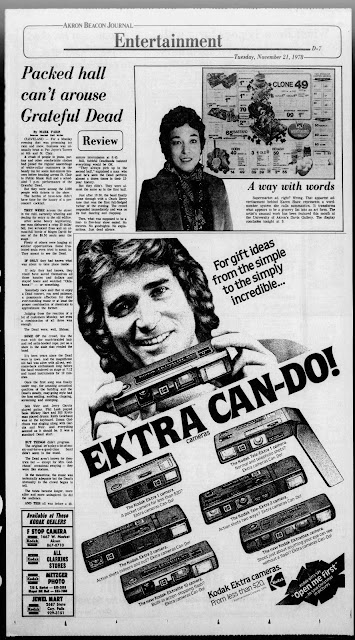