Dead Check Back Into Canada, November 2, 1977 with St Stephen>Truckin

O Canada. This show is so good, it is both a Dick's Pick and a Dave's Pick, included with the Rochester and Colgate shows, a couple of days later. As per 1977, the second set is particularly juicy with Scarlet Fire followed by Estimated Prophet-> Saint Stephen-> Truckin'-> Around & Around, E: Terrapin Station. The media is here

Fans in Canada had waited three years for a Dead show, while in Toronto they had waited seven.
The Dead were just getting started as the big three November Official Release Shows in upstate New York were coming up. 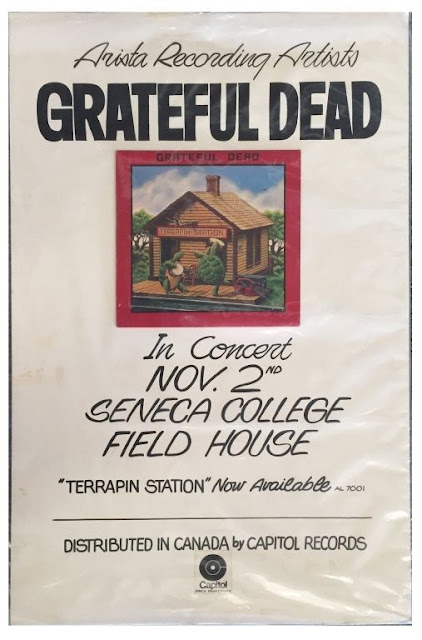 Promised Land, They Love Each Other, Me & My Uncle-> Big River, Candyman, Looks Like Rain, Ramble On Rose, Lazy Lightning-> Supplication, Might As Well