It was a tragic case of reverse geography . I'm in the Bay Area late September 1982 and the Dead hit Boston, MSG and New Haven and Syracuse. Then two weeks later on Otober 9-10, I'm at Jimmy and Liza's wedding in Connecticut and the Dead hit Stanford.  What's a 23 year old dude to do?

Luckily for them Craig, Michelle, Ralphie and Cormac represent at two of the top shows of the year (some say of the decade) 10-10 would be my wedding day to the lovely Nancy 27 years later too.

These shows have some great reviews from the likes of Blair Jackson, Mike Dolgushkin, Dead Listening and songmango. There is a remarkable audience by Rango, SBD by Charlie Miller (many versions) and matrix by Hunter and more.

Saturday we get A Dupree's, a Dew, and Sunday we get a must listen we get a reverse Playing in the Band>Crazy Fingers>Lost Sailor>Saint. Stop Look Listen now.  You also get all this, the music, a million pages from the Stanford Daily, a little family man Bill Walton, an accusation of Monopoly on Bill Graham  and more.

All the shows including the Rangos
Blair's Thoughts
Both of those ’82 Frost shows were killer. The beginning of the second set of 10/9 marked the West Coast debut of both “Throwing Stones” and “Touch of Grey”—finally, some new tunes! Jerry didn’t quite have a handle on the lyrics to “Touch” yet, but that song’s bright, anthemic qualities were apparent from the get-go. That 10/9 concert also included my first live version of “Dupree’s Diamond Blues” (reintroduced at Field Trip II in Oregon on 8/28/82) and my introduction to a third new tune, “West L.A. Fadeaway,” which I loved instantly. The superb post-“Drums” at that show featured “Truckin’” > “The Other One” > “Morning Dew” > “Saturday Night”; all powerful.
The Sunday 10/10 show is high on my list of all-time favorites I attended, and one I’ve listened to hundreds of times on tape. (I always preferred the aud. version to the chopped-up SBD that emerged many years after the show.) Both sets were incredible, with no real weak spots. The first included “Sugaree,” “Cassidy,” the best “Far From Me” I ever heard (who knew?), and a sparkly “China Cat” >“Rider” closer. The first half of the second set was sublime: It kicked off with a “Playing in the Band” that felt perfect for late afternoon in that amazing natural environment, cruised smoothly into “Crazy Fingers” (which had been reintroduced at Ventura in July), followed with “Lost Sailor” > “Saint of Circumstance” (possibly my favorite versions), and then slammed into “Touch of Grey”—much better than the previous day’s—right before “Drums.”

http://songmango.com/october-10-1982-best-grateful-dead-show-of-the-early-80s/
Pound for pound – song for song – October 10, 1982, could very well be The Grateful Dead’s best-played show of the early-’80s. There’s no doubt that it needs to be in the conversation when discussing these types of accolades and rankings.
It was the “Bobby Show” as Weir delivered staggering versions of “Little Red Rooster,” “Cassidy” (possibly the best ever), “Lost Sailor” into “Saint Of Circumstance” (considered by many to be the greatest of all time), “Looks Like Rain” (legend has it Weir literally cried during this one) and a top-notch performance of The Rolling Stones’ “Satisfaction” (as the first of two encores).
Jerry rose to occasion as well laying down some precious gems of his own, including a bouncy, uptempo “Sugaree,” a flawless performance of “Tennessee Jed” (possibly the very best ever), “Loser,” a smoking “China Cat> Rider,” the best “Crazy Fingers” of the ’80s, “The Wheel” and as previously mentioned, a massive “Baby Blue.” 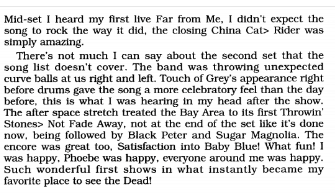 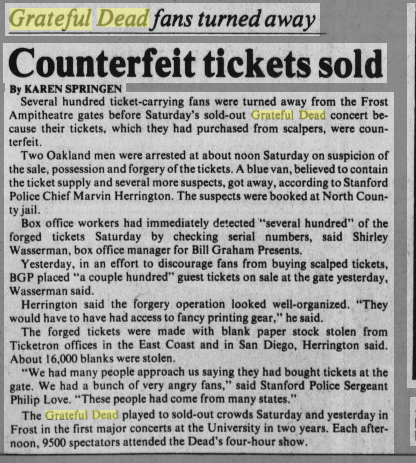 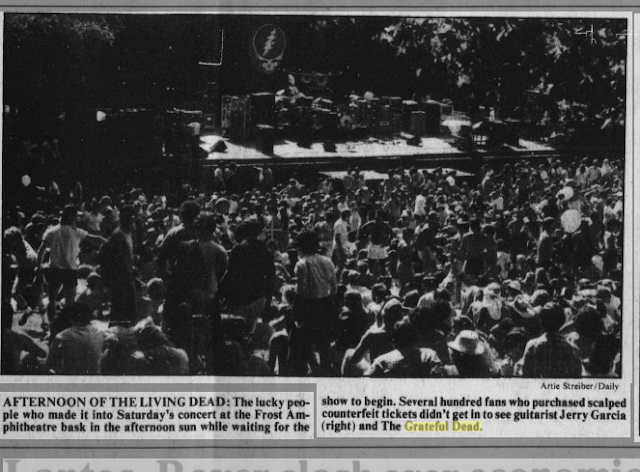 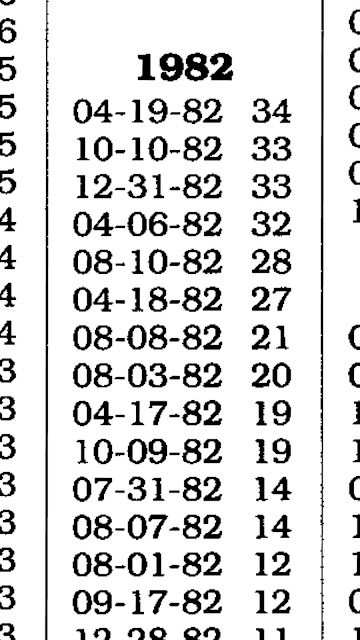 Amidst the backdrop of a jaw-droppingly sensational outdoor audience recording and a blisteringly clear representation of exactly what 1982 sounded like, here we are treated to something of a legendary performance by the Grateful Dead out of this all-too-often forgotten corner of the early 80's. The little two night stand at the Frost Amphitheatre in October 1982 has always been a pretty popular go-to set of shows from this year. Interestingly, as I return to this particular show after nearly a decade I am struck less by the way the band brings the roof down with some colossal psychedelic force, and much more by the way in which this performance exceeds expectation through intricate subtleties that may pass unnoticed by a less attentive ear.

In this quality, I think this show exudes something of the inherent intoxicating power of the early 80's altogether. I wonder if it might take a more travelled set of ears down the Grateful Dead road to truly hear this substratum of musical magic. Is it something akin to an advanced calculus class that would go completely over the head of someone yet to learn basic algebra? Is it fair to compare more classic Grateful Dead from the 60's and 70's to a basic level math class? I may be treading into dangerous waters with this analogy. Suffice it to say I will take it on as the duty of the Grateful Dead Listening Guide to draw your attention to this show specifically in an effort to make sure you come face to face with this potent yet infinitely subtle psychedelic tapestry. The night is alive with Technicolor sun streams and rivers of floating fractals, elements sitting just below the normally unassuming air. In the same way that 1976 tends to hide an infinite world of swirling detail just beyond the obvious scene before you, this show reveals riches hidden behind trees others may have neglected to peer around.
Set 1: Alabama Getaway > Greatest Story Ever Told, They Love Each Other, On The Road Again > Beat It On Down The Line, West L. A. Fade Away, Me & My Uncle > Big River, Dupree's Diamond Blues, The Music Never Stopped > Deal
Set 2: Throwing Stones > Touch Of Grey, Estimated Prophet > Eyes Of The World > Drums > Space > Truckin' > Other One > Morning Dew, One More Saturday Night E: U. S. Blues 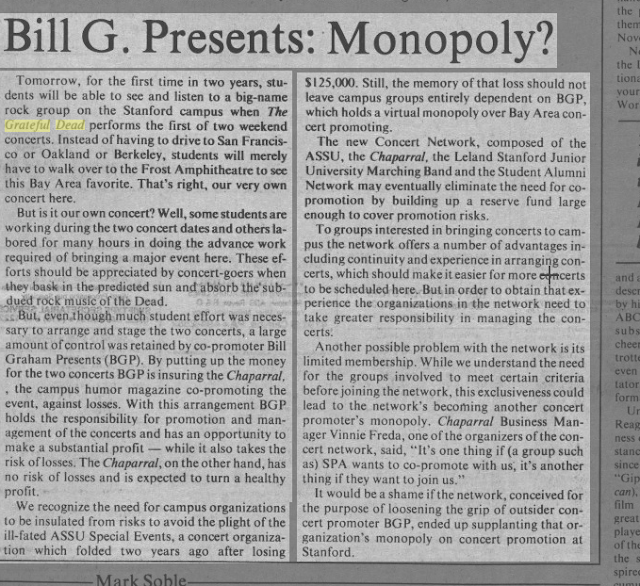 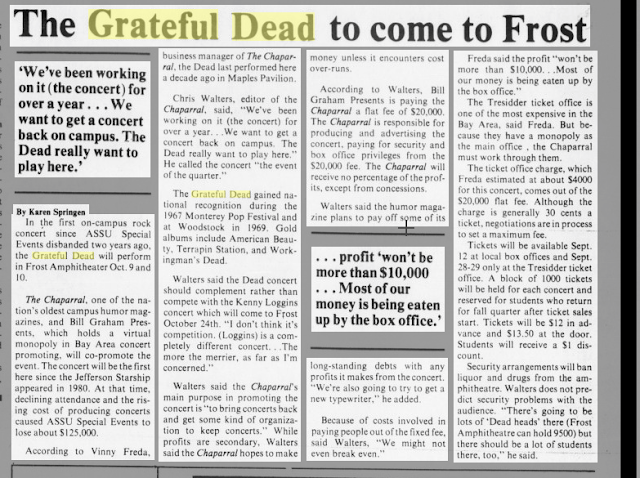 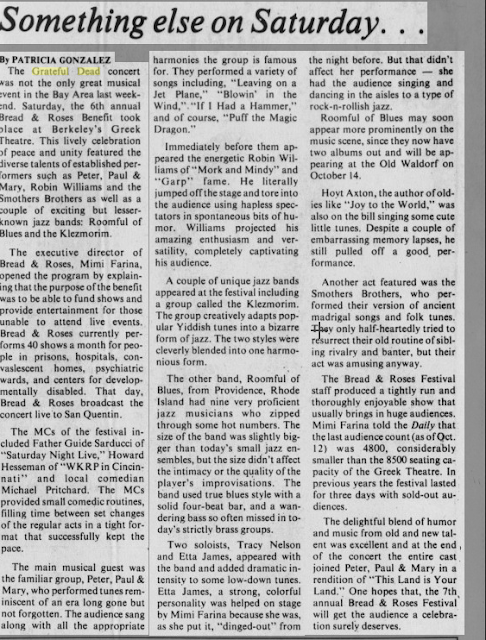 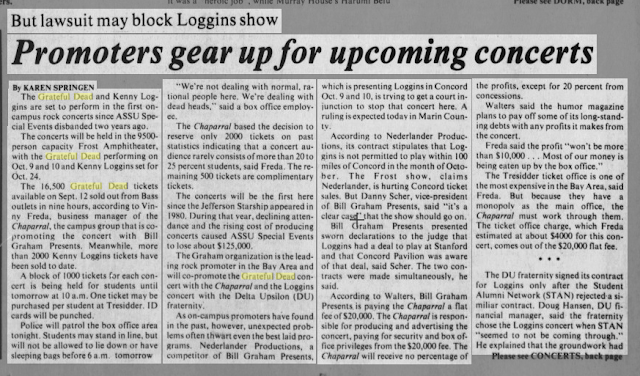 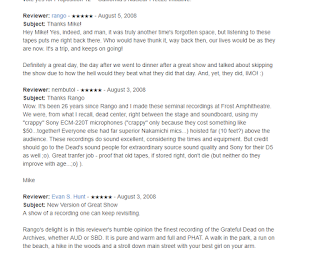 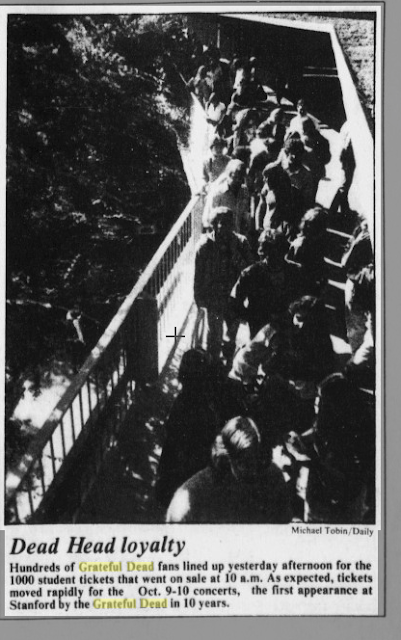 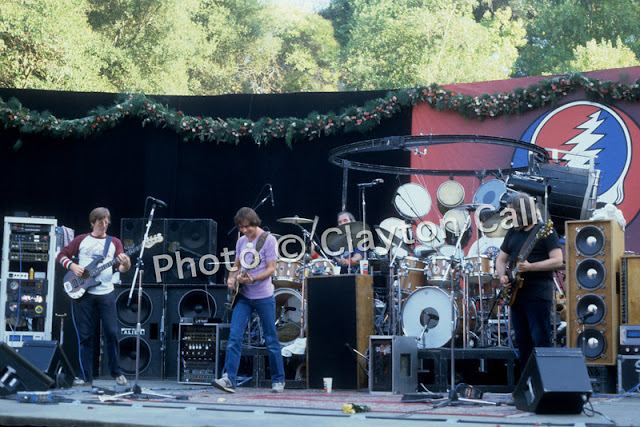 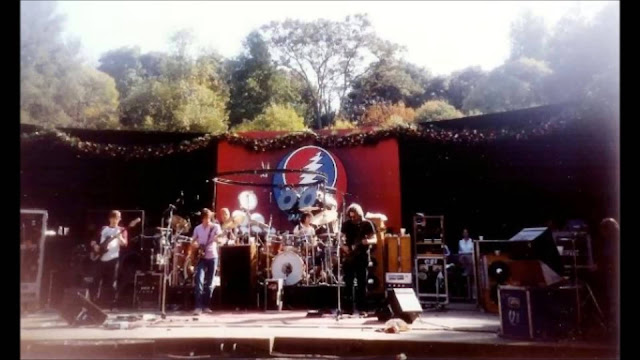 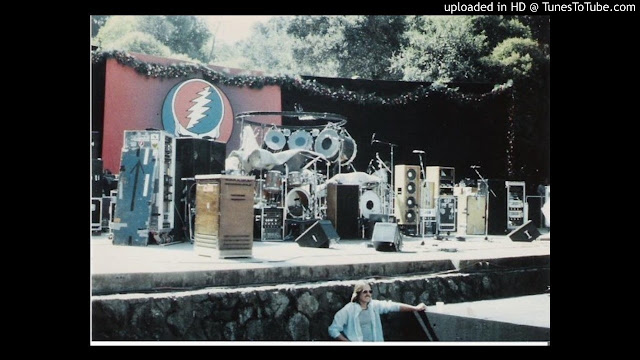 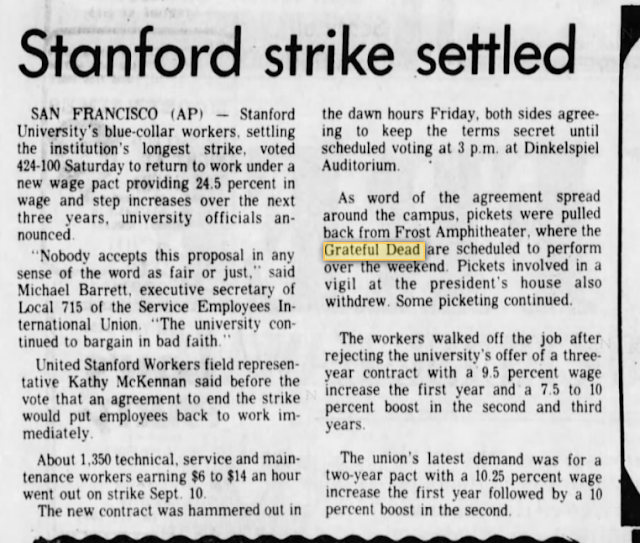 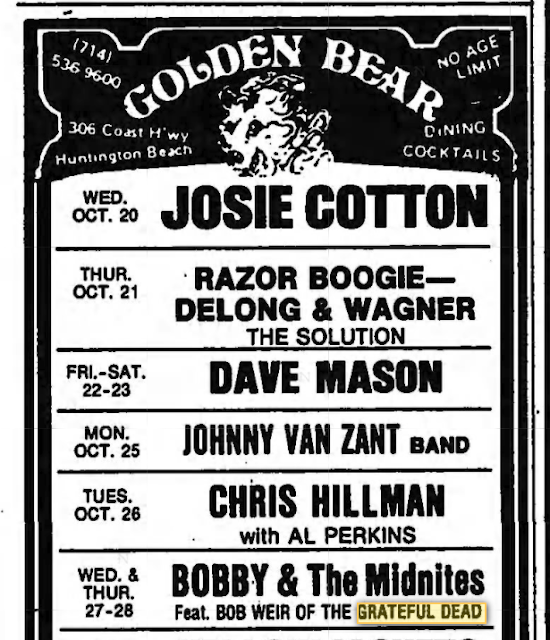