Spunky Cowboy Band on Saturday Night In San Diego, January 10, 1970: Watch Out for the Water Garcia, Might Later Get Blood Poisoning


Pigpen saved the day according to the San Diego Union reporter on January 10, 1970.  First West Coast 1970 show after the Texas/Florida/Boston/Fillmore East shows extended until January 3

This show really starts to mark the difference between the fans of Dark Star>St Stephen>The 11 and the Workingman's/American Beauty era. Still there is a Lovelight "for the ages". This is a compact 90 minutes with almost a third taken up by Lovelight, but includes a short Hard to Handle, a very interesting Mason's into a beautiful Black Peter and a late set Cold Rain & Snow. In the Union review, he thinks the Lovelight lasts 45 minutes (hmmm, cool).

Apparently Jerry always get sick in San Diego, blood poisoning in Sept  1970, can't speak in 1979. Must be something in the air at Golden Hall.  Hear it here.  The San Diego Union review is fascinating, complaining of the Dead having shorter hair.

There is also a long time mislabeled acoustic set that did not occur here (see my tape below) which is actually 8-6-1970 in the same building, a pretty amazing set you should seek out. 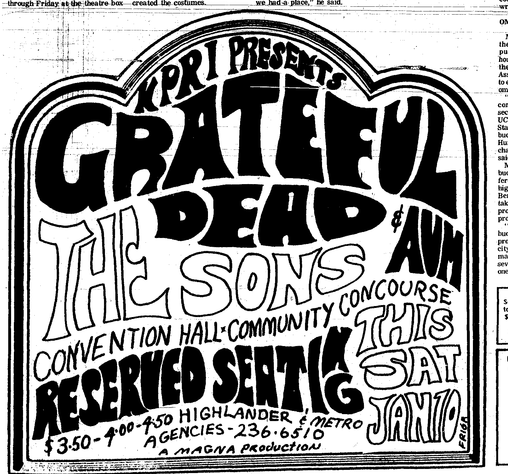 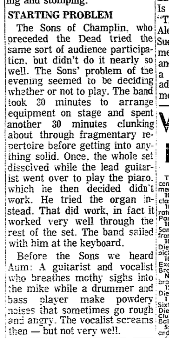 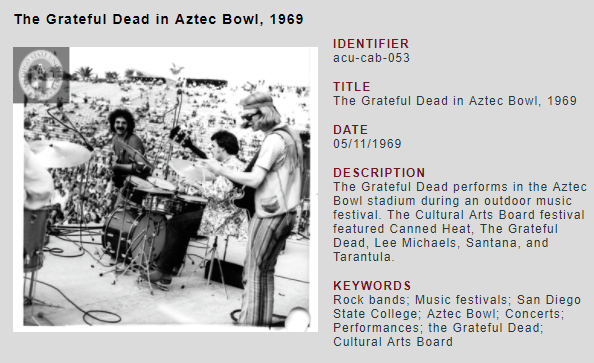 Later in 1970, the Dead had a show scheduled with Leon Russell and Bread, but alas Jerry "got blood poisoning 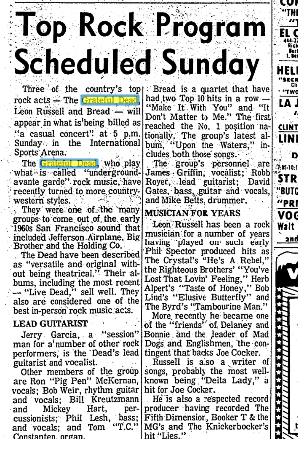 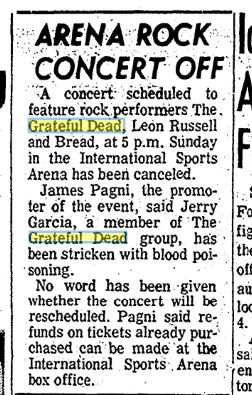 My personal copy of mislabeled acoustic set circa 1979. 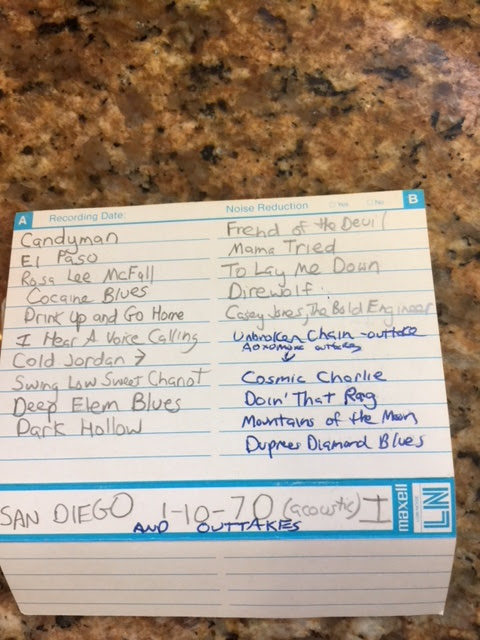