The Dylan slot described the late 1980s to 1990s late first-set song, usually about the 5th of set one that was reserved for a little Bob Dylan tune.  For purposes of this piece, I am including all 15 Dylan tunes played nearly 1,000 times (945 actually) in the history of the Grateful Dead.  Jerry also song quite a few more (see the bottom for the deadidsc's lists) 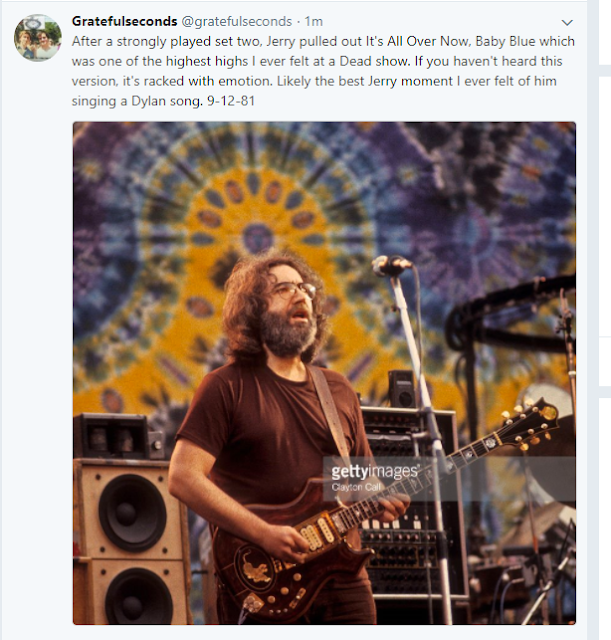 From deaddiscs.com, list of all known Dylan tunes played by the Grateful Dead, 1965-1995 (includes Forever Young played with Neil Young, November 3, 1991, all others from Deadbase 50) 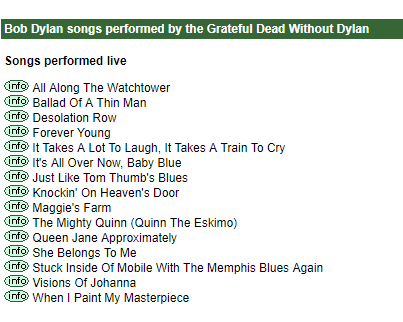 However, other than covering It's All Over Now, Baby Blue from the start (and one early She Belongs to Me), Dylan covers were almost entirely a later period Dead phenomenon.  Per the stats below 92% of Dylan covers occured in the period from 1985 to 1995. 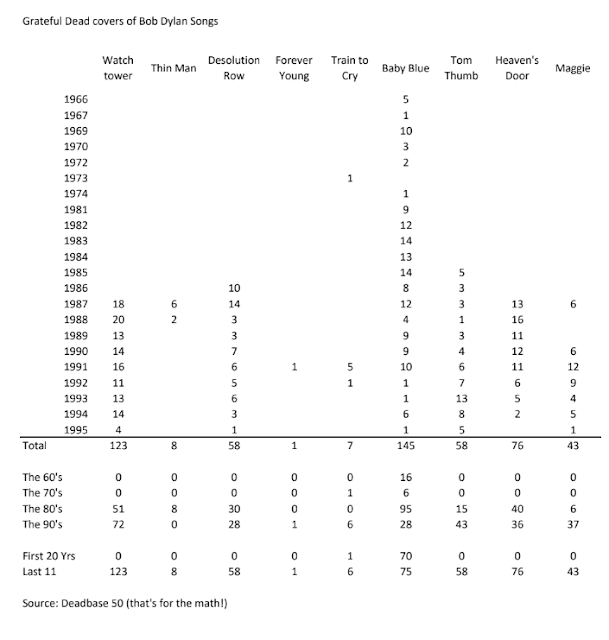 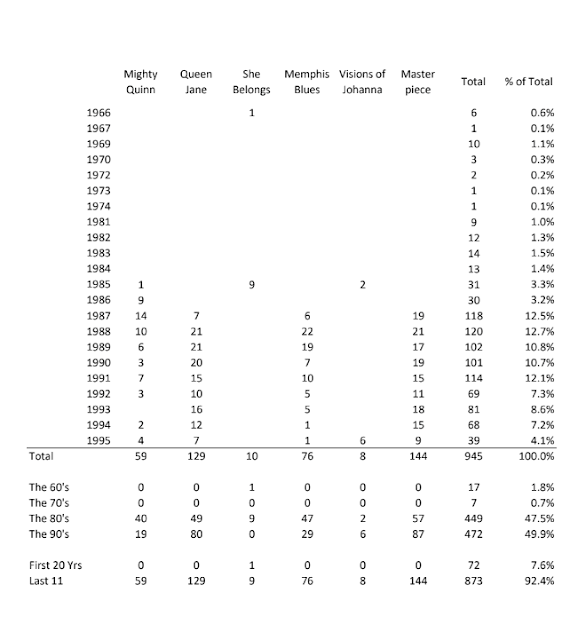 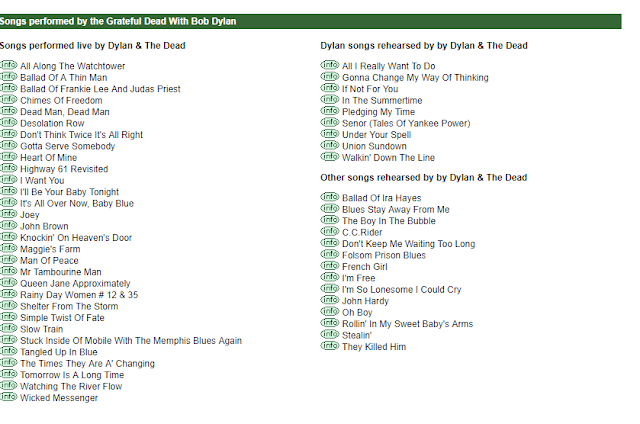