Sometimes when you think Tennessee Jed is just another pleasant Europe '72 era first-set Jerry tune, you get it wrong. Very wrong. 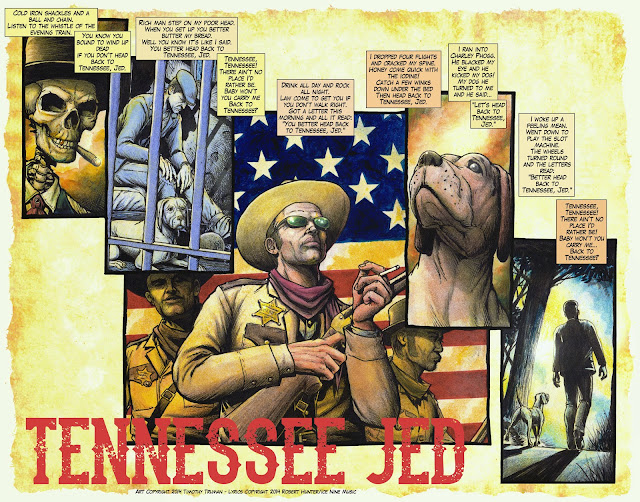 Last night I was listening to Sirius and heard a really cool matrix of the Hartford tour-end on May 28, 1977, which I attended.  After Samson in the first set, I forgot about this Tennessee before the Estimated>Playin>Terrapin etc monster that follows.  But on this night, and actually any night that Jerry is on fire, Tennessee Jed is a monster.  Take a listen to a few of these and you will see that these were the crown jewels.

So I checked and saw that from 1971-1974, the Dead played TJ 140 times and 11 were in the second set where the band typically kicks it into a higher gear.

In the last 20 Years in Grateful Dead history, there were only 7 played in the second set and I saw 3. Wow. I was a magnet for second set Tennessee Jeds, which were only played in 7 shows out of 293 versions or 2.4% of the time.  Wish I could have been a Dark Star magnet too. or The Eleven.

All are here for your listening pleasure above and here