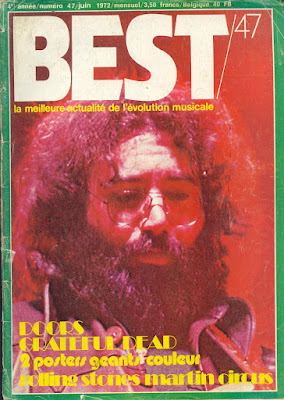 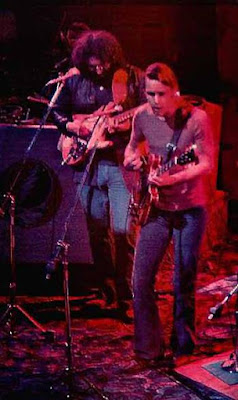 These were solid sweet powerful shows right in the middle of the tour. Nice there is a great photo of Bobby and Jerry atop the Tower Eiffel. 2,200 people paid about $4.55 according to the great Rolling Stone article reprinted below. "Bon soir, mes amis," said Phil Lesh. "Uh . . . that's about all the French I know."

Paris got a Truckin>The Other One and a Dark Star>Sugar Mag>Sing Me Back Home the second set as typical per the tour.  I've put some Charlie and Dick goodies as usual here.

We would come back to the Hippodrome in 81 and the Zenith in 90, but these are tales for another day (although that Truckin>Bird Song pairing feels close in to me now). 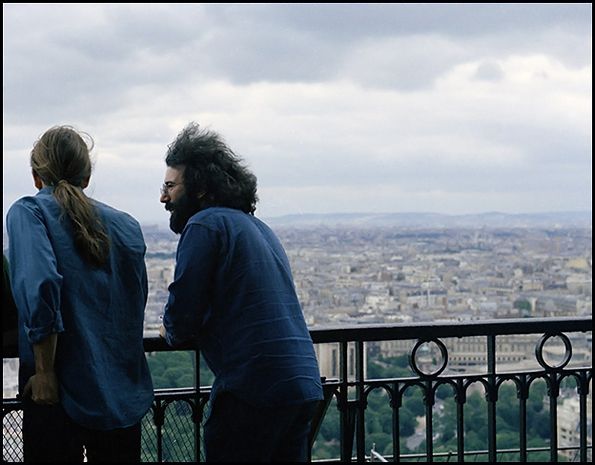 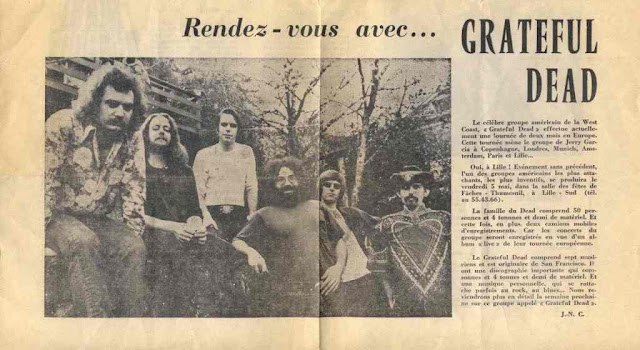 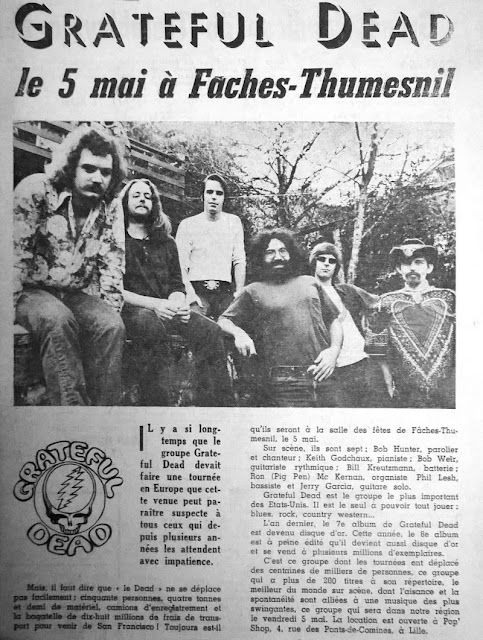 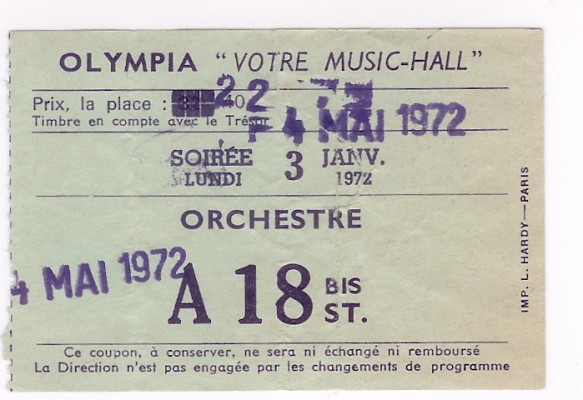 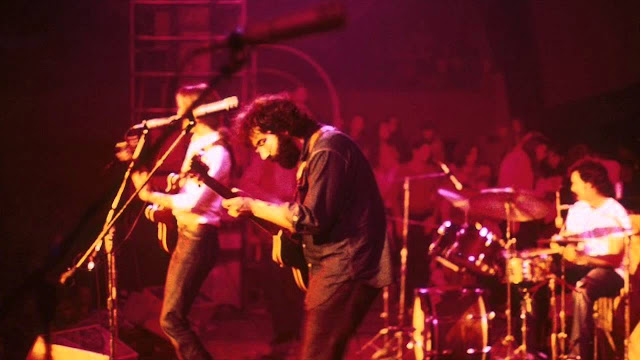 With entourage of forty-eight, Dead visit the Old World 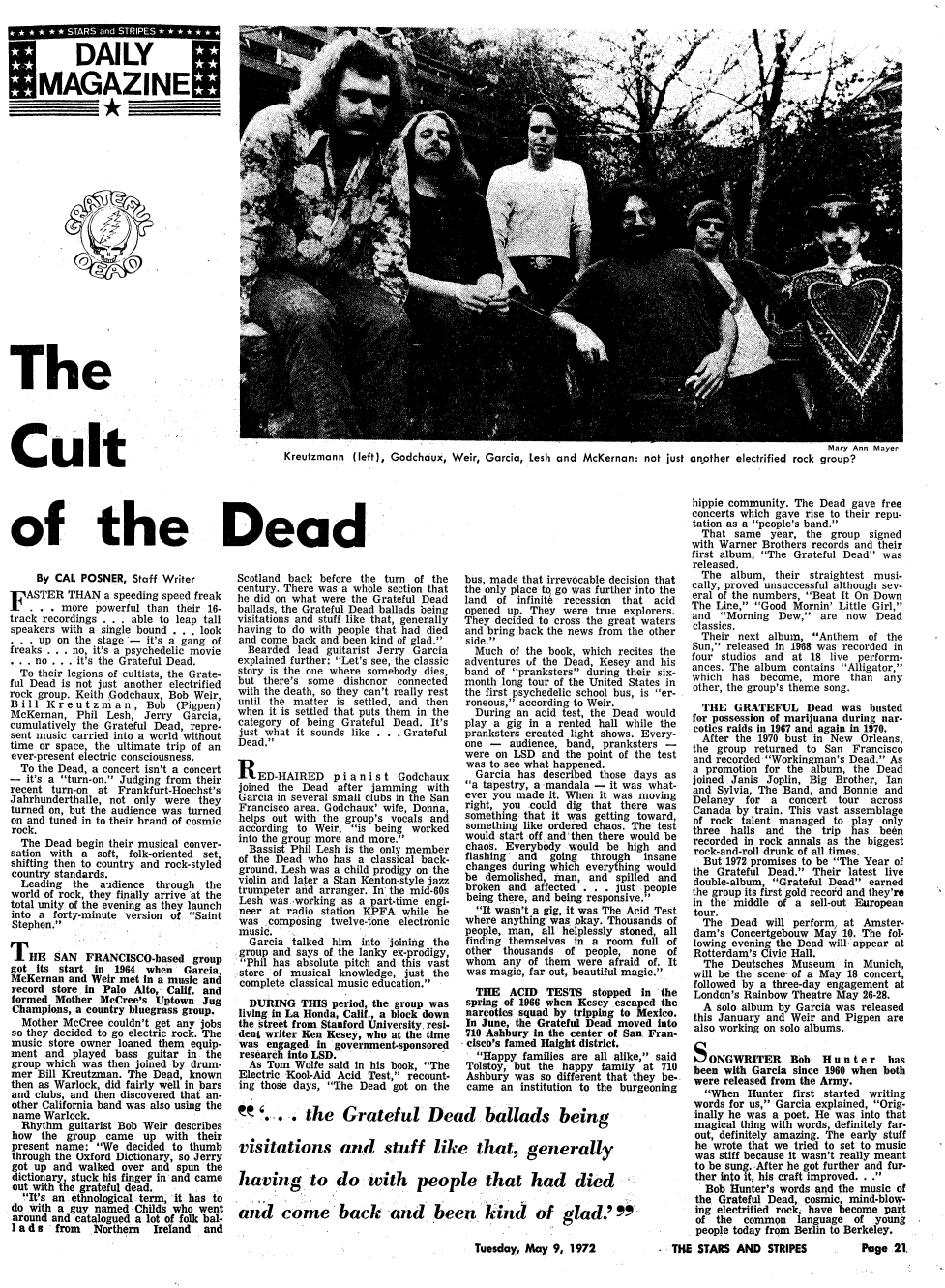 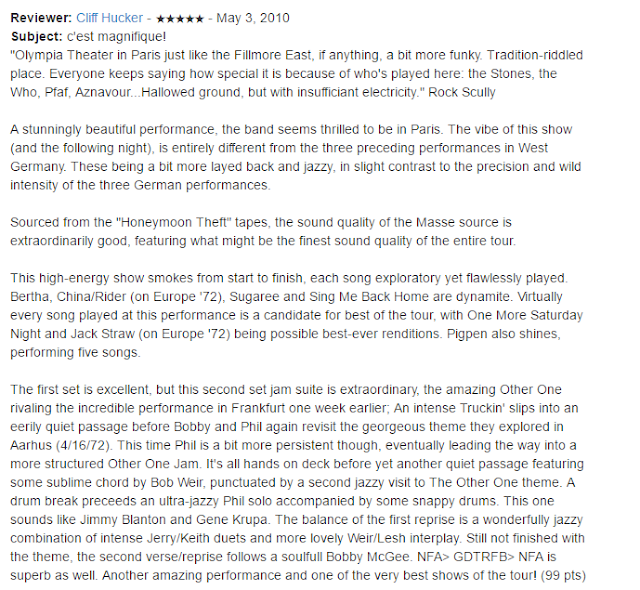 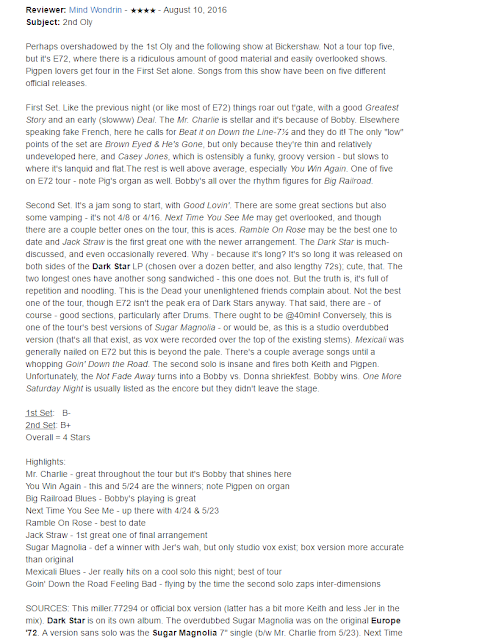 Night One
Bertha, Me & My Uncle, Mr. Charlie, Sugaree, Black Throated Wind, Chinatown Shuffle, China Cat Sunflower-> I Know You Rider, Beat It On Down The Line, He's Gone, Next Time You See Me, Playin' In The Band, Tennessee Jed, Good Lovin', Sing Me Back Home, Casey Jones Greatest Story Ever Told, Ramble On Rose, It Hurts Me Too, Truckin'-> Space-> The Other One-> Drums-> The Other One-> Me And Bobby McGee-> The Other One-> Wharf Rat, Jack Straw, Sugar Magnolia, Not Fade Away-> Goin' Down The Road Feelin' Bad-> Not Fade Away, E: One More Saturday Night
Night Two
Set 1

Greatest Story Ever Told
Deal
Mr. Charlie
Beat It On Down The Line
Brown Eyed Women
Chinatown Shuffle
Playing In The Band
You Win Again
It Hurts Me Too

Not Fade Away ~ One More Saturday Night