LA rocked for the Grateful Dead for their six shows between 1976 and 1978, which unfortunately had a series of shows that never a soundborad surfaced. Still, many good tapes from the likes of Bob Menke, and Charlie Miller was able to provide a number of sweet soundboards in the last handful of years.   They seemed to like Franklin's quite a bit during these runs as well as hitting St Stephen in both the of the last two shows of 1978. You can get some toys here

Much to read and enjoy here, a nice little slice of late 1970's in so Cal with reviews,and several book excerpts as well.

September to October 1976 was an unique little tour that transitions to the hestitation from the June 1976 tour to 1977. October 14, 1976 at the Shrine saw only the second Dancin In The Streets Wharf Rat sandwich, which David Gans got to see a week earlier in Oakland in the first set! after a really hot five individual song sequence to open set one.

The next night on October 15, should really be considered a 1977 show, with the return of He's Gone followed by The Other One>Comes A Time>Franklin's Tower>Sugar Magnolia. Woo'  Did I mention the once only pairing of Eyes Of The World>The Music Never Stopped to open the set????

Too bad, Steve Pond of the LA Times seemed to miss 90% of the highlights :)

What's seriously strange about these shows is that the very first three Franklin's Towers that occured out of a non-Slipknot segue late in the second set all occured in Los Angeles.
10-15-76 Shrine Comes A Time>Franklin's Tower
6-4-77 Forum Playing In the Band>Franklin's Tower
1-10-78 Shrine Wharf Rat.Franklin's Tower  before venturing out of LA to Chicago on 1-30-78 Stella Blue>Franklins

Six months later, and a week after the end of the May 1977 tour in Hartford, the Dead hit the Forum on June 4, 1977, a few days before the three night stand at Winterland.  Note that the band was scheduled in March again at the Shrine but the show was cancelled when the Southern tour was moved back to May.

After The Music Never Stopped closed set one, the band hit LA with this little beauty:


In the cool liitle January 1978 California tour, we got two little Charlie Miller boards, partial is this
1-10-78 Jam
Estimated Prophet ->
He's Gone ->
Drums ->
The Other One ->
Wharf Rat ->
Franklin's Tower ->
Around And Around

The Grateful Dead loved to play Franklin's late in the second set in LA. Hmmmmm/ 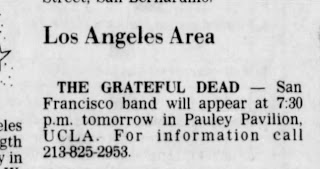 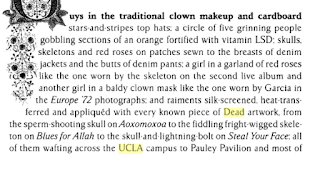 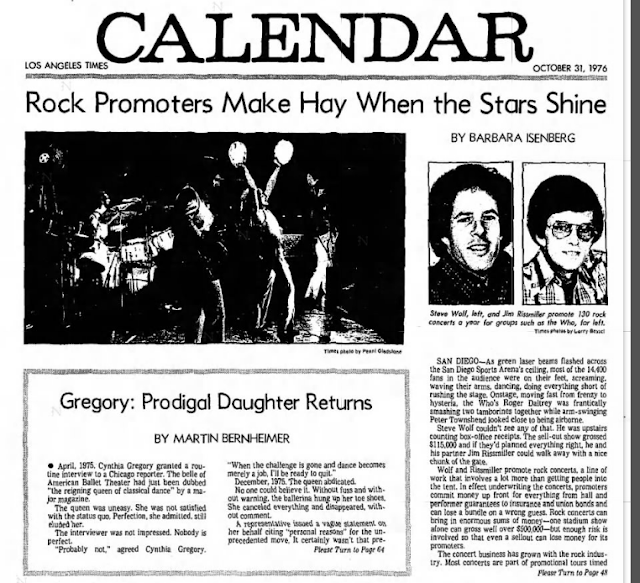 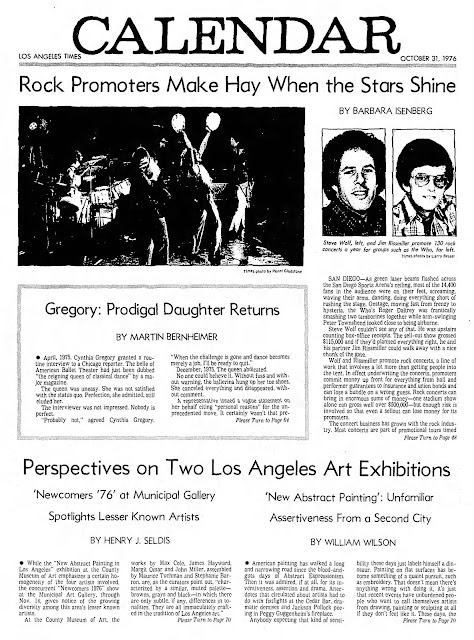 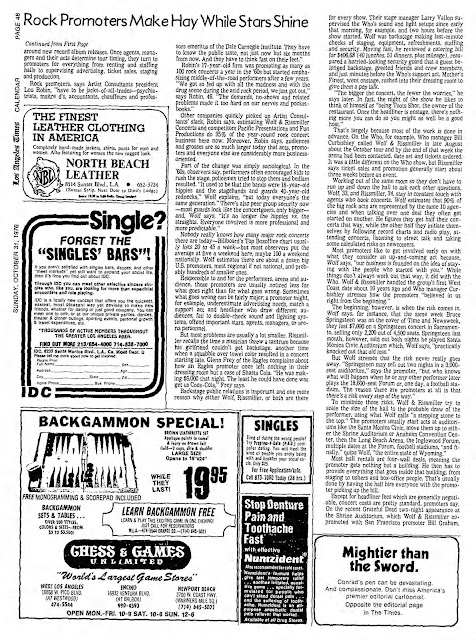 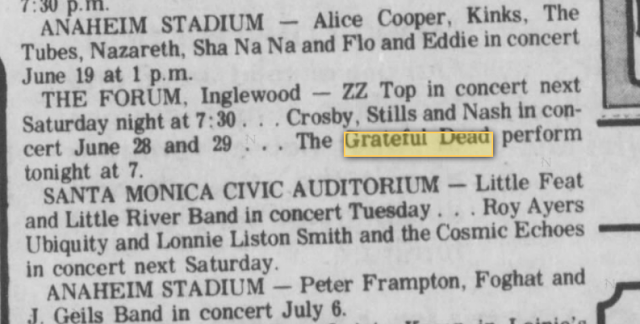 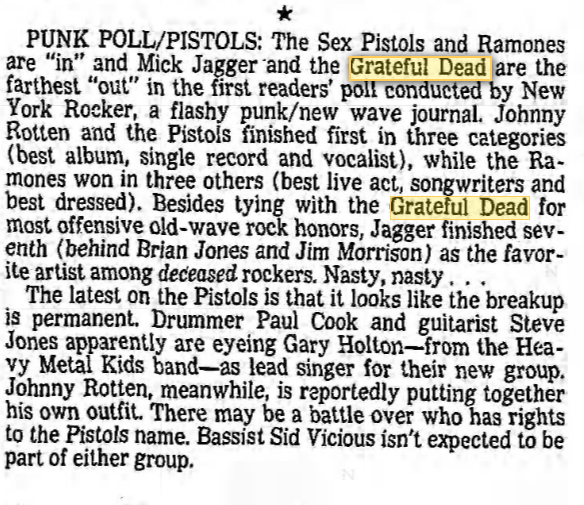 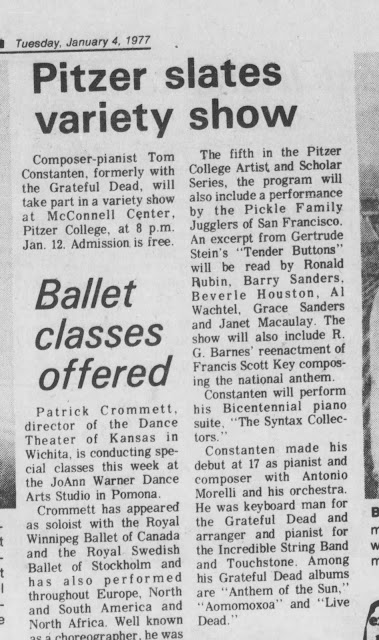 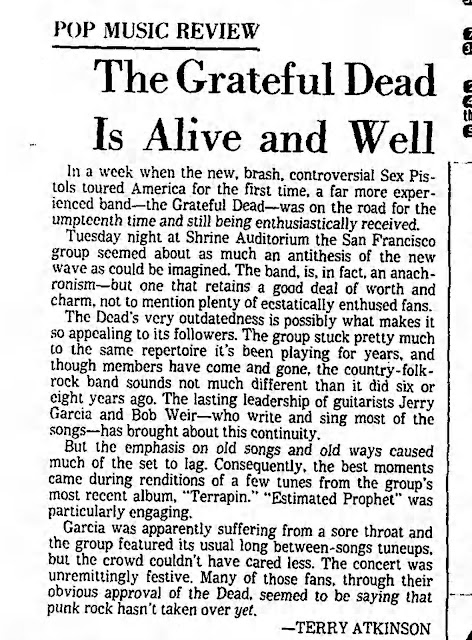 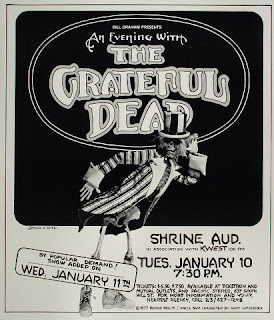