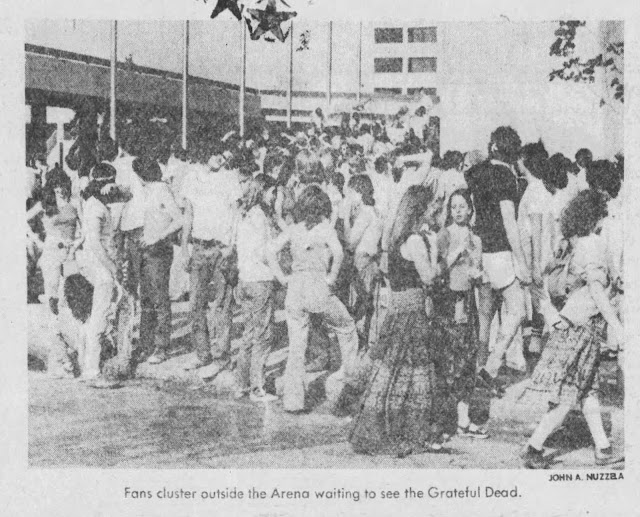 It was wicked hot in Binghamton on May 9, 1979 as Bob and Sam and a Girl With No Name and I finished off our six shows in seven nights tour.  These, of course, were, Brent's first six shows on the East Coast after his rehearsal show in San Jose in April. And we were waiting for it. We knew it was about to come. The return of China>Rider.  The audience tape tells it all Luckily Charlie Miller had his hand in it.  I still have my Bob Morris AUD which I dont think he uploaded as he was just starting his many year career as a taper. Thanks for driving Bob. 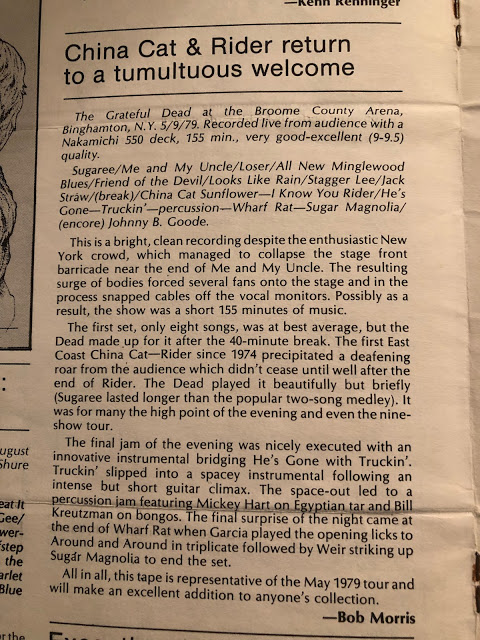 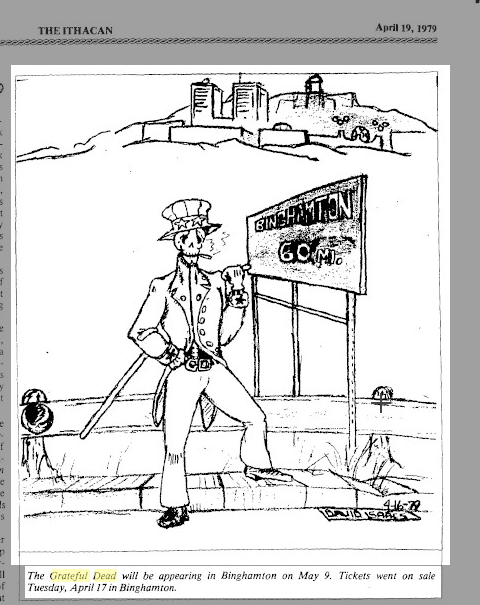 After the monster Truckin in November 1977, I was very happy to see another show up in the home of Harper College.  Upstate NY Dead Heads were a breed apart. Here's some taste. 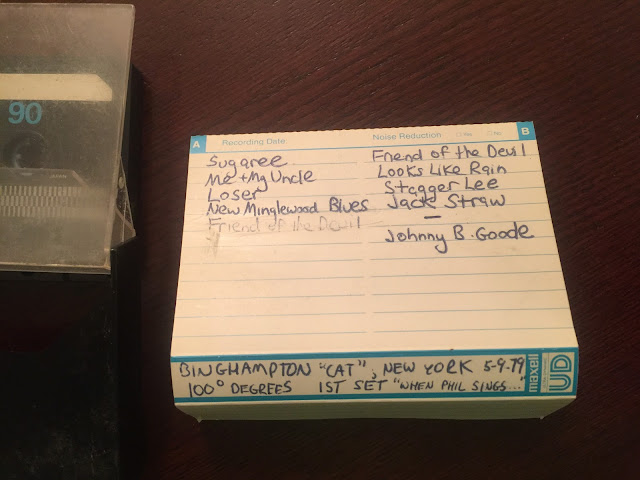 My original cassette tape reminds me that this was the first show I ever saw Phil Lesh sing. He sang on Truckin' :)

A great story revealed in 2018 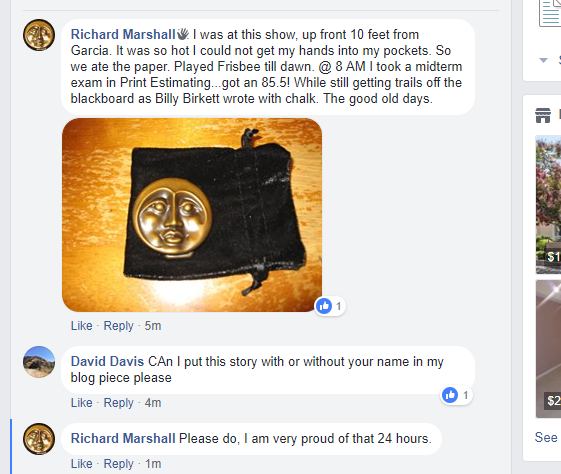 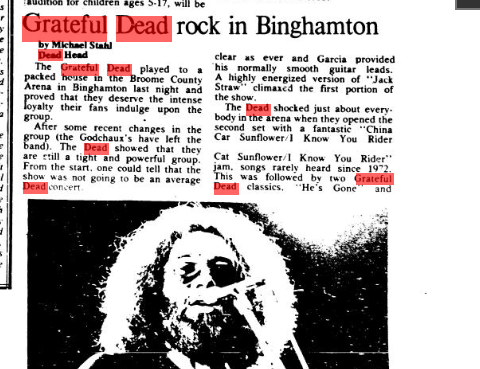 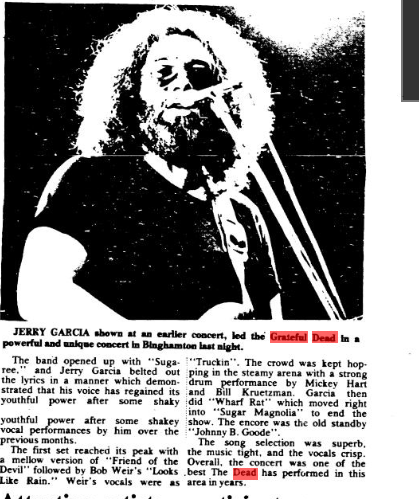 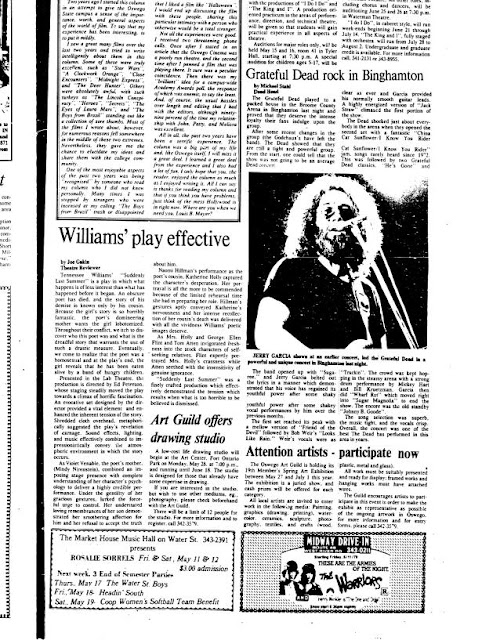 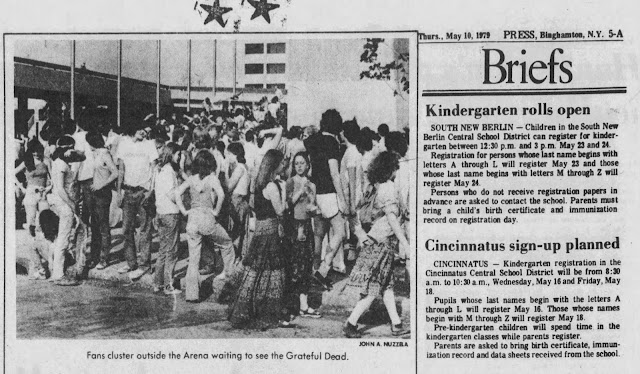 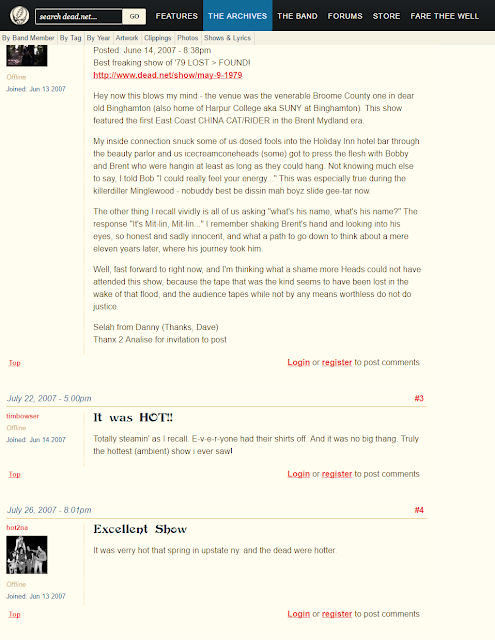