They were bummed a little in New Mexico, a Fall 1977 show with no Casey Jones or Truckin'. Even though we haven't the whole show, I expect this whole thing is now in the vault.   This show was performed at the Pit at the University of New Mexico and I wonder how many got to see it.

Pretty nifty Charlie Miller, also a big chunk of King Biscuit Flower Hour.   Nice to see the Grateful Dead even play in New Mexico. I suspect a much better show than usually considered here.  I do really love the Iko. Did I say that already?  And I forgot, The tracks on the bonus road trips CD are Iko, Wheel, Wharf, Sugar. Big forget :)

A few good comments on archive.org

It was a good thing all went well at the concert in November 1971.  It gave the Dead permission to return to New Mexico. And it only took six years. 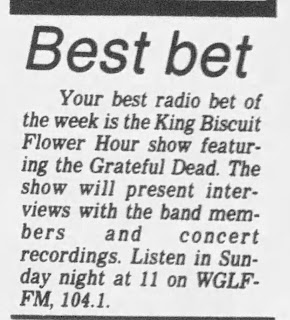 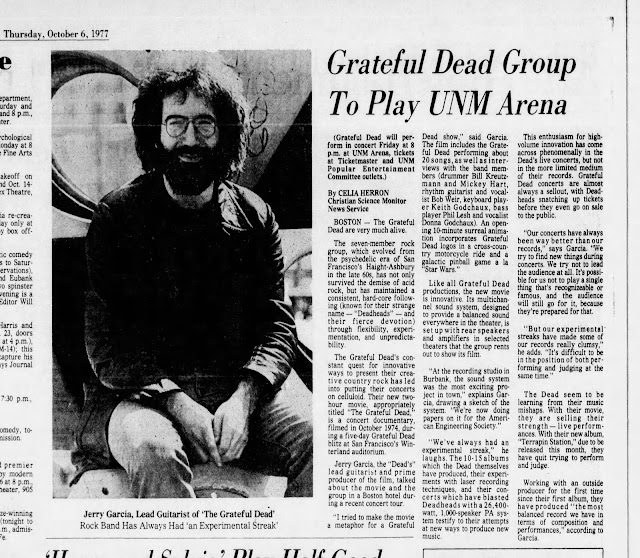 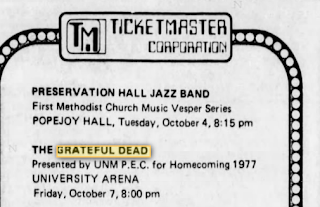 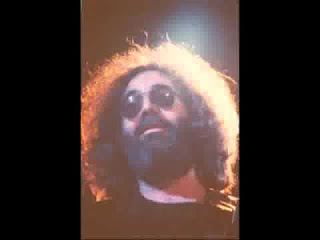 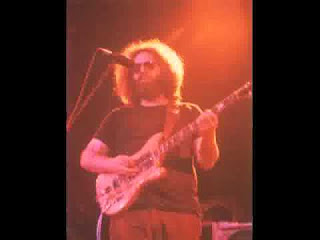