Caught In The Middle Of A Runaway Train with World Champion Bill Walton in Portland, 1977-10-02 (With Jerry Interview)

After Englishtown, the guys started up within a month and played about 8 week of excellent shows often overshadowed by the Spring 1977 tour (see my shows 11/4 Colgate, 11/5 Rochester, 11/6 Binghamton).

Also of note is the terrific long Jerry interview after the show, where he mentions going to Eqypt in 1978 (Funny I didnt learn of this until John Scher put in the big screen at Giants after the 9/2/78 show ended). Have fun as usual, some goodies here   Also Bill Walton went to school as a member of the World Champion Portland Trail Blazers.  Good thing Bill won it in game 6 so he could get down to Winterland in time for June 7-8-9.   Think he ran to Hartford on May 28, got jazzed and ran the table to get to SF. Would one of you ask him for me?   He and his wife Lori were really nice to Nancy and I at a Dark Star Orchestra benefit at the Fonda a few years back, but I forgot to ask him about Spring 1977. 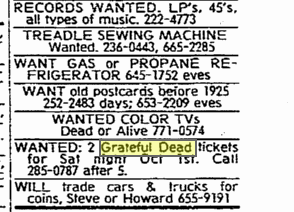 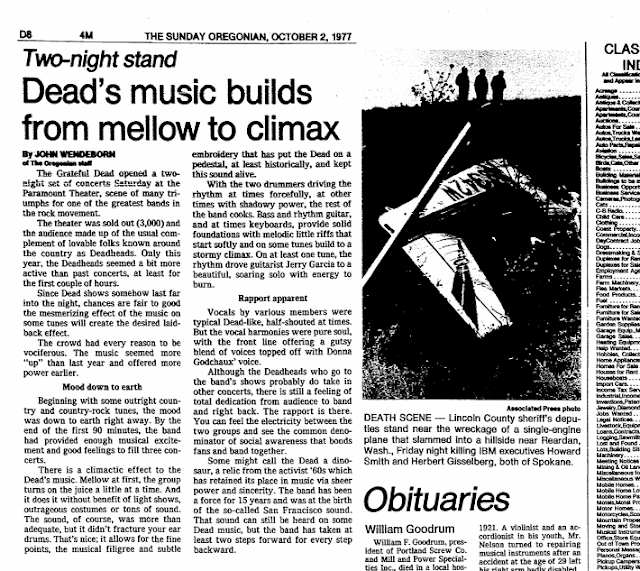 Reviewer: ripple95 - favoritefavoritefavoritefavoritefavorite - June 20, 2005
Subject: 1977: The year that keeps on giving
I got this show from a friend, and boy was I psyched for a Casey Jones opener! This version highlights what made the Dead so different from other bands. Casey hadn't been played for some time and Jerry's spotty memory leads him to forget the "trouble with you" verse uh oh? Nah! The band jams for a while, making this a unique version of the song. Jerry sure fixed that one! Dupree's is another breakout and has that 1977 wallop behind it. The scarlet>fire is also great (as it usually is.) Playing is also a delightful beast. Another great 1977 show. 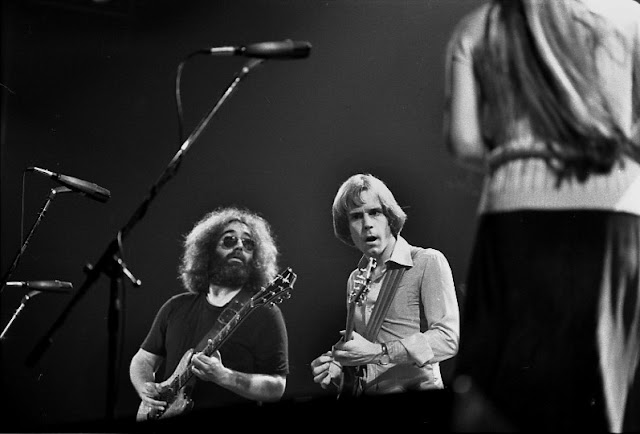 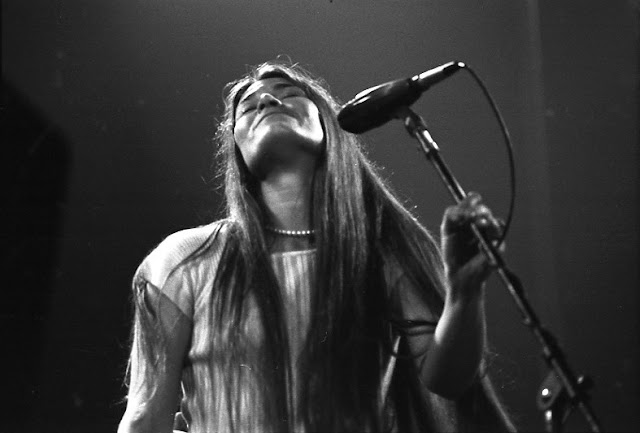 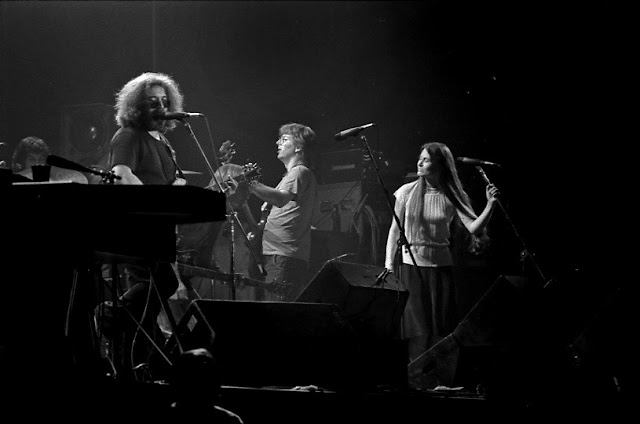 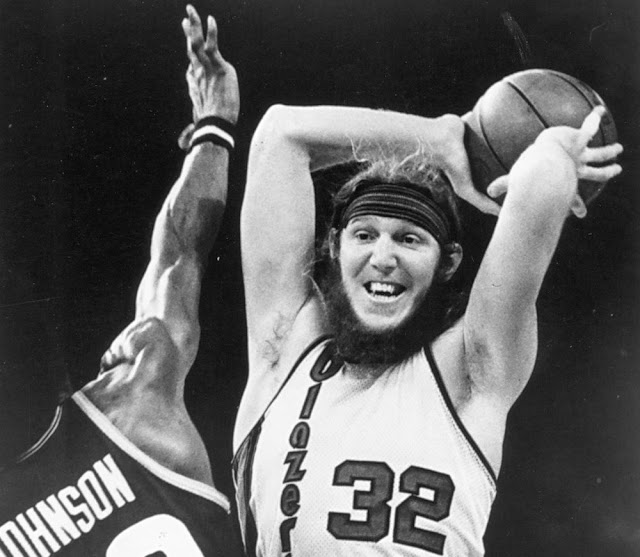