More Color for Mysterious November 16, 1970 Show With Hot Tuna at the Fillmore East

I love when Corry does a study like http://lostlivedead.blogspot.com/2010/10/november-9-16-1970-new-york-action.html. Then I like to do a little research and I found this from down in Princeton way.
More proof that was formerly known as 11-23 is 11-16-70 Fillmore East. Apparently the Airplane broke up and the Dead played with Hot Tuna.  Jerry looks happy in these grainny shots, I especially like him on Pedal Steel. I love how the student reviewer describes Jerry's playing on Dirty Business. Wish I had it here. Always remarkable how complete 1971 Fillmore East information is and how vague 1970 is.  More drugs in 1970, I expect. :)
Princeton says Chris Wood and Jim Capaldi sang, but most other accounts says Steve Winwood sang too. Traffic was in town for its gigs starting Nov18 for Bill Graham. Interesting. Note the Voice was still, advertising the Airplane in the Nov 19 issue. I like that the night before was the Bomb Scare show that did not occur (see below). 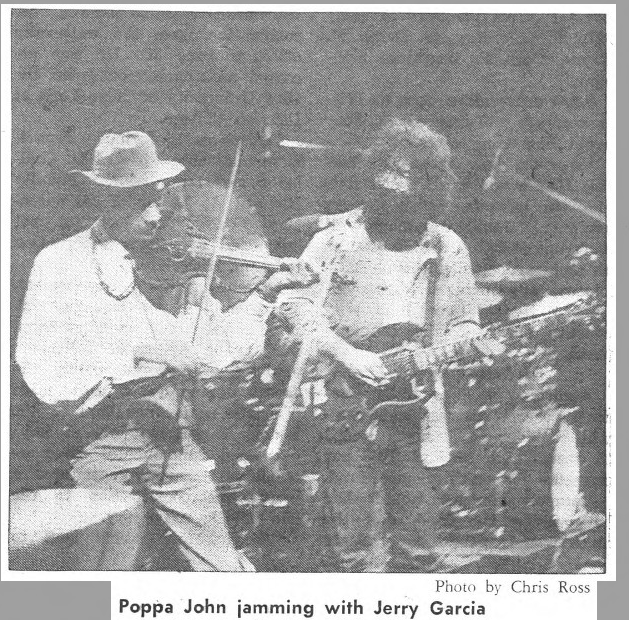 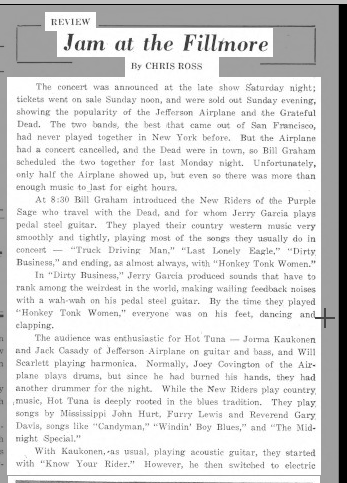 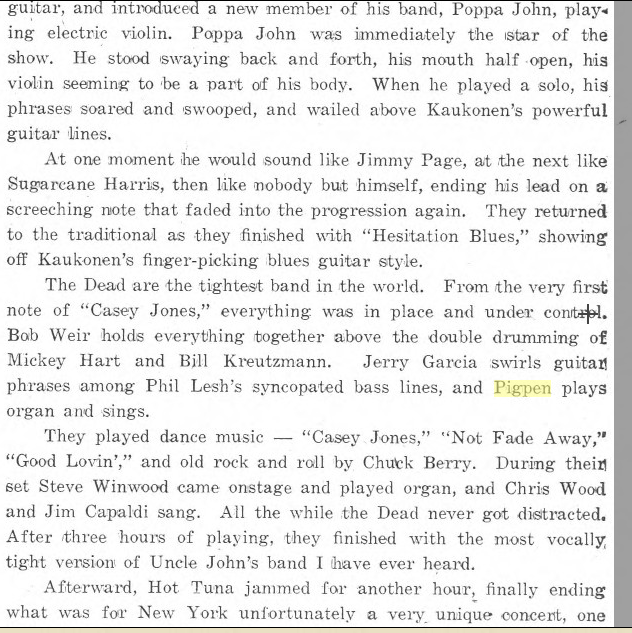 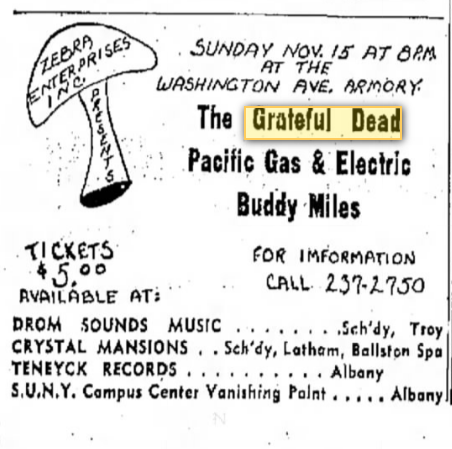 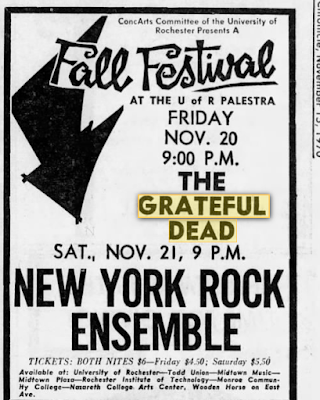 SET 2 is the tape which has long circulated apparently mislabeled "Anderson Theater, NYC 11/23/70." A variety of lines of argument suggest that this tape in fact comes from Fillmore East 11/16/70 and was mastered by the same crew that did 5/15/70, 9/20/70 and other surreptitious soundboard masters from this venue. It is not clear where the good Lovin fits nor how much more might have been played than appears on these tapes.

In the pause before Mama Tried Bobby sings The Frozen Logger off mic. The alternating harmonica and organ on Truckin' > Other One is Pigpen. Winwood sits in on organ on Hard To Handle, Big RR and Not Fade > Goin' Down > Not Fade. The harmonica on Big Railroad Blues may not be Pigpen. It's probably Chris Wood who takes the first vocals on Not Fade Away and is audible intermittantly throughout the following sequence. Uncle John's Band has a brief prelude jam with Will Scarlet on harmonica. Uncle John's sounds like an encore; Bobby says "See y'all later" afterward.

Nearly all of China Cat Sunflower is missing on the SBD tape.

Recently Bill Gadsden, Jim Wise and Frank Venezia put an 85-minute 2-CD set into circulation containing a fresh transcript of a 1st gen reel of this SBD, including a more nearly complete version of Hard To Handle. Previously, this tape circulated for years in a completely scrambled sequence (created when it was transferred from reels to cassette). There is also a 24 minute very lo gen SBD tape containing Mama Tried, Truckin' > Other One, and Uncle John.

According to Corry Arnold on 11/14/70 at the Fillmore East after Frank Zappa's performance Grace Slick came on stage and announced on behalf of Bill Graham that the Dead and the Airplane would be playing a surprise concert at the Fillmore East on Monday, November 16th. On the 16th the very pregnant Slick was unable to make the gig but Hot Tuna substituted for the Airplane. This is why this show does not appear in ads and playbills etc.

Richard Volet writes: "Fillmore East, fall 1970 (maybe earlier that year?) Before Mickey Hart left, after T.C. left. The concert was originally billed as Airplane/Dead, but the Airplane broke up right then (I believe that week) and Hot Tuna took their place. I remember Hot Tuna playing with Will Scarlet on Harmonica, but I think without Papa John Creach. The New Riders played next, with Garcia on pedal steel. The Dead set included Dear Mr. Fantasy with Stevie Winwood on vocal and organ, and guest appearance also of Tom Constanten on Dark Star/Saint Stephen. This was with two drummmers. (I also remember Garcia playing a Gibson SG and weir playing a hollow body Guild.) "

Some awesome pictures of this gig by ws098; hope you don't mind 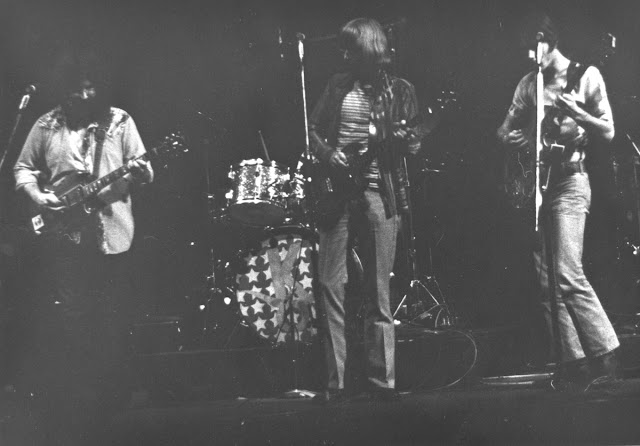 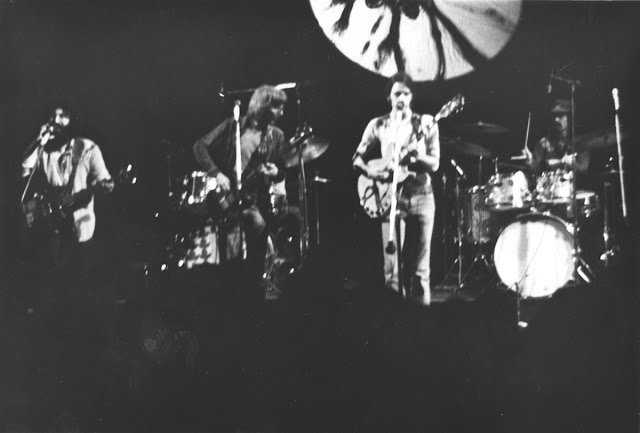 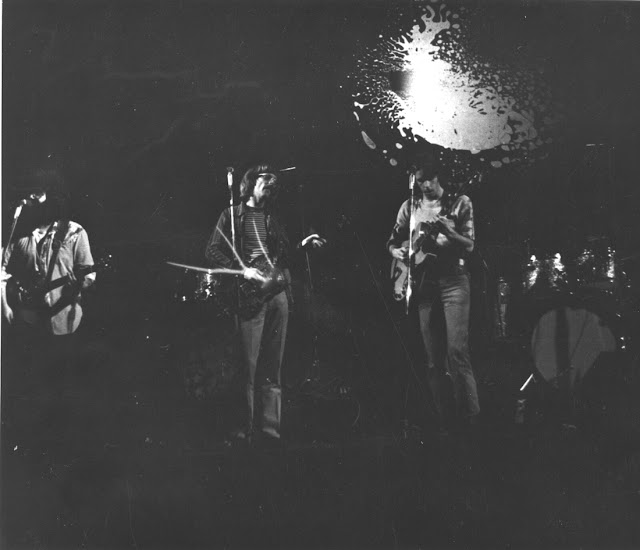 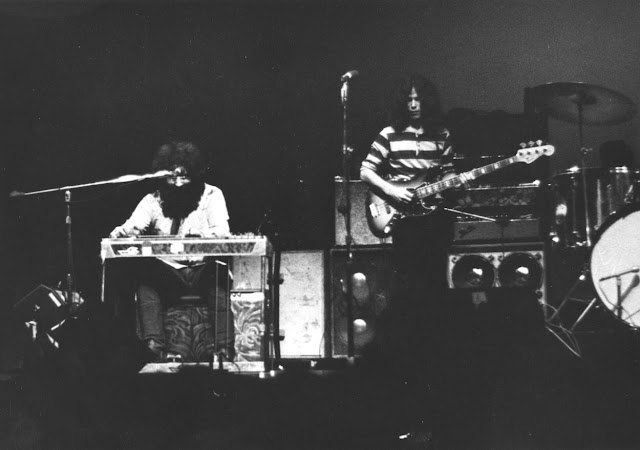 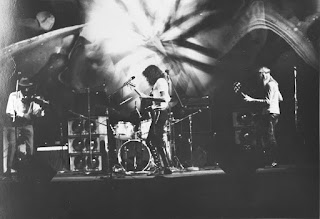 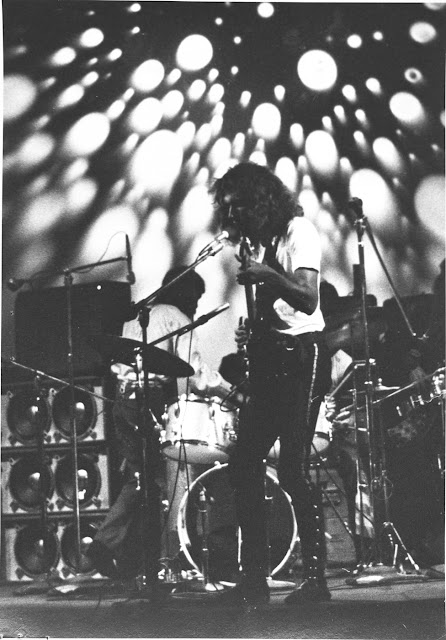 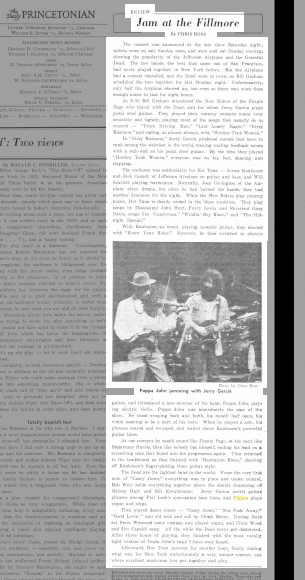